“Haitian believers will someday be the channel through which God will restore this country”. Miqueas Forster (GAiN Spain) just returned from a humanitarian trip to the country. 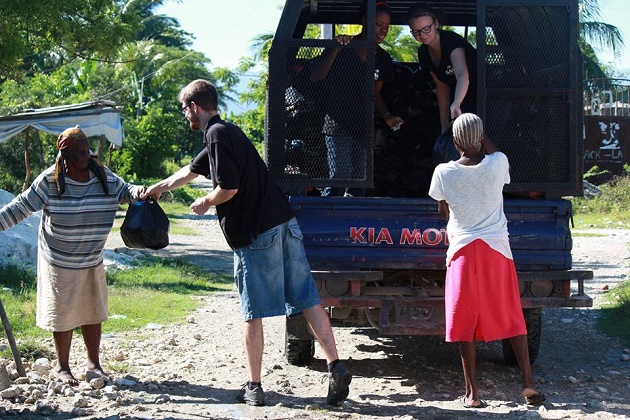 Miqueas Forster, with other members of the Gain team that visited Haiti in October 2016. / GAiN Spain

Last October, Haiti was devastated by Hurricane Matthew, the most powerful Caribbean hurricane in nearly a decade. More than 1,050 people died and thousands were displaced, and its infrastructures are now at a low level.

Miqueas Forster is a member of GaiN Spain, an NGO specialized in responding to this type of situations. He has just returned from Haiti, where he has worked with a team around a village called Ça-Ira. He talked about his work there in an interview with Protestante Digital.

According to Forster, “Haiti is a beautiful country, full of possibilities, but poverty and natural disasters have punished the nation for a very long time, and the population seems to be in a state of continuous post-traumatic shock.”

“Six years after the earthquake, many families are still living in the tents the charity associations gave them in 2010... They still do not have a decent place to live”, he adds.

Access to potable water has always been a challenge in Haiti. There have been great improvements in recent years, but since the passing of Hurricane Matthew, the risk of consumption of contaminated water has increased again. Cases of water-related diseases (cholera, typhoid fever and malaria) have also recurred in several parts of the country, so finding short- and long-term solutions is very important.

"It is pointless to have access to a well or other source of water, if that water will make you sick. A sick person is someone who cannot work and therefore can not generate income for the family", Forster explains. 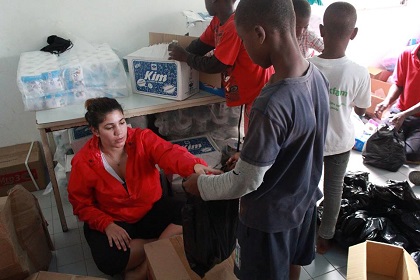 They have also trained “local workers to strengthen their skills in identifying problems and finding solutions regarding water potability. We believe that through training Haiti will not depend on external help and its skills will be strengthened.”

“INTENTION IS NOT ENOUGH”

“Many of the charity organizations in Haiti do their work motivated by their faith in Jesus. That is hopeful, because it means that Christians continue to understand our responsibility to the most needy. This is how we understand it, both in GAiN and Agape”, Forster says.

He points out that “immediate help in emergency situations is key. As Christians we have the responsibility to be there, because beyond the physical and emotional suffering that such a dramatic episode generates in your life, there is a very palpable spiritual reality, since death is more present than ever.”

But Miqueas also warns that “intention is not everything, and in situations like these, you have to be well-trained and be able to empathize with the suffering of people above all else, giving up our interests and pre-established plans to prioritize their needs.” 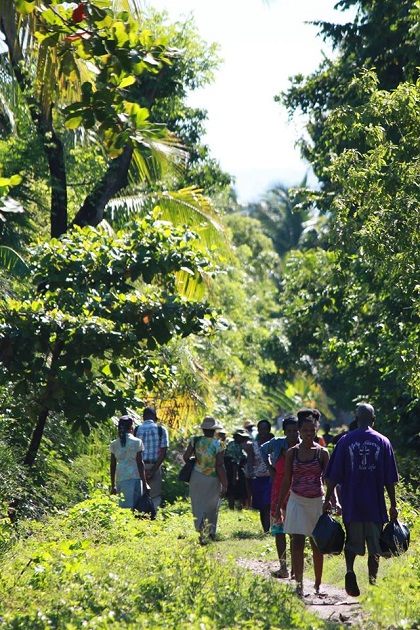 HAITIAN BELIEVERS: MERCI JESUS
“The passion with which songs of praise are sung is significant. You are thrilled when, despite of their reality, and so few days after the hurricane, you see them looking at the sky and shouting `Merci Jesus´, a phrase that is certainly present in their vocabulary.”

Forster is convinced that “Haitian believers will someday be the channel through which God will restore this country and Haiti will be on everyone's lips for being that "pearl of the Caribbean" that it actually is (and not because of its poverty).”

The aid of Spanish donors has allowed gain to distribute humanitarian aid packages for 2,500 people in the region were GAiN worked in October.

But, as Forster says: “We are still urgently seeking people willling to get involved in the lives of the 425 families of Ça-Ira whom we are helping. €12 can fund a basic aid package for one of these families.” 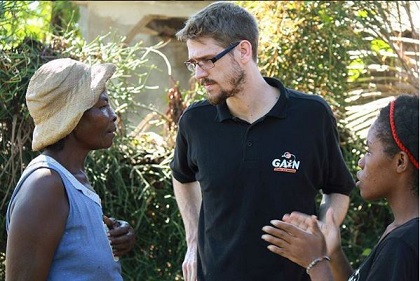 Published in: Evangelical Focus - world - “Haiti seems to be in a state of continuous post-traumatic shock”