A tiny, rare phosphine molecule does not appear to be sufficiently solid evidence to support such an important hypothesis as the existence of life on Venus. 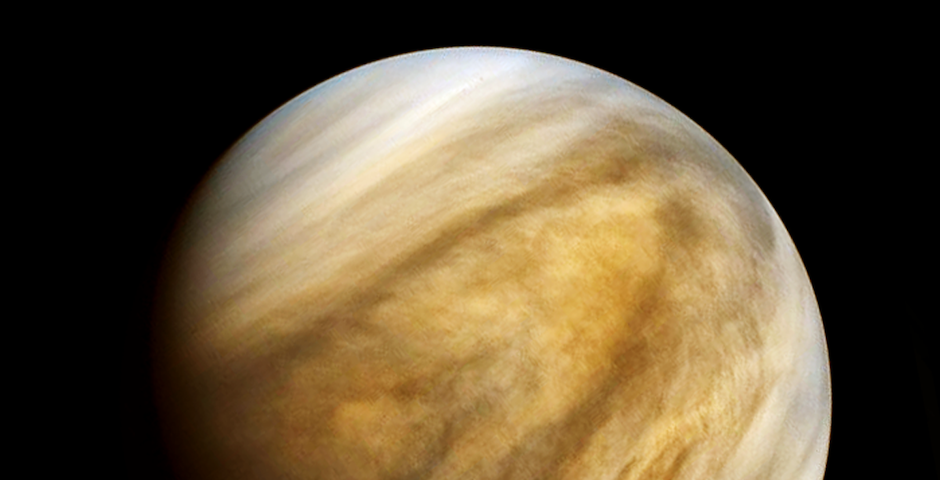 A group of astronomers led by Dr Jane Greaves at Cardiff University has announced that they have detected the presence of the chemical compound phosphine, floating in the clouds that surround the planet Venus.

Phosphine is a curious molecule composed of one atom of phosphorous and three of hydrogen (PH3), resulting in a colourless gas, explosive at the Earth’s ambient temperature, and which, moreover, dissolves in water, smells of garlic and is extremely toxic.

On our planet, phosphine (or phosphane) is produced naturally in small quantities as a result of the degradation of organic material. It results from the decomposition of certain microbes that live without oxygen (anaerobes), although it can also be generated industrially to make plastic and insecticides. In the opinion of the team of researchers in Wales, the phosphine discovered in Venus could have produced microbes of this kind in the gas clouds around this planet.

One day on Venus lasts 243 earth days, and it rotates in the opposite direction. The sun “rises” in the west and sets in the east

In the scientific community, this statement has generated enormous surprise, because no planet in our solar system is less likely than Venus to support life. Its average temperature is around 464 degrees centigrade, and its atmospheric pressure is some 90 times greater than that of earth. In other words, it is equivalent to being at a depth of 1000 metres in any of our planet’s seas.

One day on Venus lasts 243 earth days, and it rotates in the opposite direction. The sun “rises” in the west and sets in the east. Venus’s atmosphere is also extremely dense and composed mainly of carbon dioxide and a small amount of nitrogen, which produces a strong greenhouse effect, making Venus even hotter than Mercury, despite its being further away from the sun.

The winds in Venus’s atmosphere can reach up to 350 km/hour and, though slower on the planet’s surface, can still sweep away everything in their path. The clouds are thick, as they are composed mainly of droplets of sulphur and sulphuric acid. This makes it impossible to see any details of the surface of Venus from the earth. However, the probes that were sent from the Earth during the 70s have revealed a planet surface that is sterile, scorched and made up of sharp, jutting rocks, similar to basalt. At about 70 km above Venus’s clouds, the temperature drops to 45 degrees below zero. No form of microscopic life that we know of on earth could thrive in such infernal conditions. However, the presence of phosphine in considerable quantities has given astronomers pause for thought. It is known that this strange molecule can also be generated by volcanic eruptions, lightning and solar radiation, but not in such large amounts as those detected.

The discovery of phosphine has given rise to more questions than answers. Is what has been revealed by these spectroscopic studies (relating electromagnetic radiation to matter) really phosphine or could it be a similar molecule? If it really is phosphine, is its origin biological, arising from hitherto unknown microbes, or is it merely the result of the planet’s bizarre physical reactions? In fact, Saturn and Jupiter also have phosphine, which is produced at high temperatures in their centres and then rises into their gassy atmospheres.

The planet surface is sterile, scorched and made up of sharp, jutting rocks, similar to basalt

What kind of bacteria or other microbe Could survive suspended in such inhospitable clouds of gas? What would be the features of the cell-walls or their membranes that would prevent them from being perforated by something as corrosive as sulphuric acid? Could such microbes have been formed by chemical evolution, or could they have originated on the Earth? Abundant amounts of bacteria and fungi are known to exist at some 15 km from the planet’s surface, dispersed throughout the atmosphere by hurricanes. Could these microbes have accidentally found their way to Venus, the closest planet to our own?

Many of these questions will only be answered by means of samples obtained directly from the clouds that surround the “planet of love”. And this, as things stand right now, will take a very long time.

For the time being, this tiny, rare phosphine molecule does not amount to solid enough evidence to support such a ground-breaking hypothesis as the existence of life on Venus.

Antonio Cruz, biologist and author of books and articles on science and faith issues.