Petchabun and the Free in Jesus Christ Church association. An article by D.J. Oden. 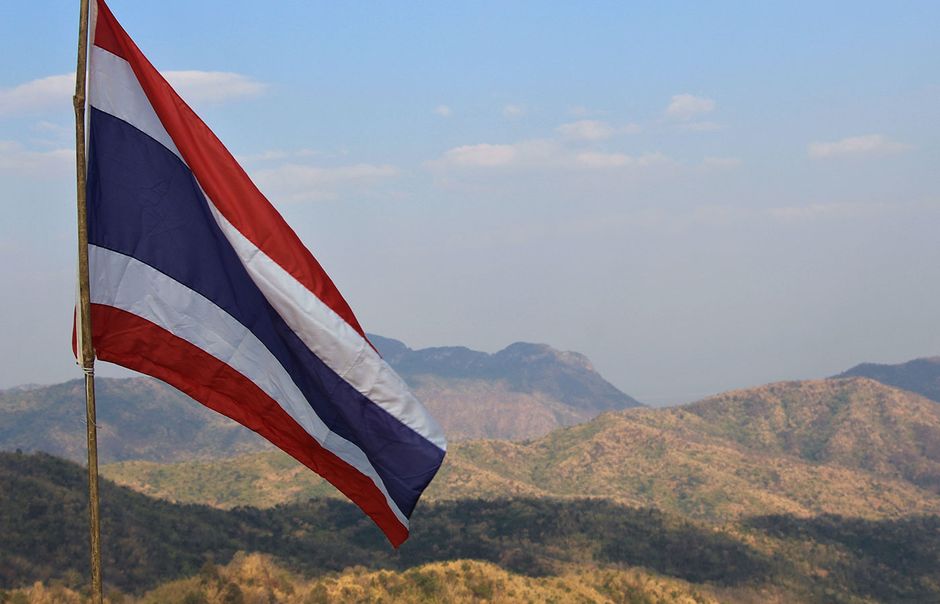 The Spirit of God is at work among Thai people. A movement to Christ is emerging from the central province of Petchabun.

This movement is being spearheaded by Thai Christians who seek to reach their people with the gospel message, make disciples, and plant churches.

Petchabun has a population of almost one million Theravada Buddhists, who have occupied this area for a millennium.

Pastor Somsak was converted at age 22 after hearing the gospel. He was a motorcycle mechanic with a wife and children. He began an earnest relationship with Christ that included daily study of the Bible and prayer.

The closest church congregation was 77 miles away from his home, so he started having worship meetings at his house with his family and anyone that he had led to faith. As the group grew, they decided to build a larger building so that they could all meet more comfortably.

The first building was constructed in 1987 and thus began the movement which would later be formalized as the ‘Free in Jesus Christ Church Association’ (FJCCA). It began with no outside missionary assisting or guiding the process.

It was simply a Thai believer who read the Scriptures, was full of the Holy Spirit, and sought to follow the way of Jesus just as the early church did as recorded in the book of Acts.

Everything was led by Pastor Somsak with the help of the congregation. By around 2005, they had planted six daughter churches in nearby villages where members had existing familial or relational connections.

In 2007, Pastor Somsak began to start small churches in the homes of new believers rather than requiring new believers travel to an unfamiliar community away from their home. In 2016 these six daughter churches were mature enough to begin planting churches of their own.

Also in 2016, the FJCCA began a new approach to evangelism. Instead of a single big Christmas party at their main location, they held smaller, quieter local events at 17 strategic locations where members had relatives. 1

The movement has continued to host public evangelistic events; however, these function primarily as a filtering process to find people that God is drawing to himself. Venues for these events are created utilizing open village meeting spaces and commonly available tents and plastic chairs.

These gatherings sometimes take place in the local temple courtyard. Everyone in the village is invited to come to the outdoor meeting. At these events, a gospel message is presented, and attendees are encouraged to pray directly to Jesus regarding two or three problems in their lives.

At the end of the meeting, participants are asked to raise their hands if they would like someone to come and visit them at home and tell them more about this Jesus. 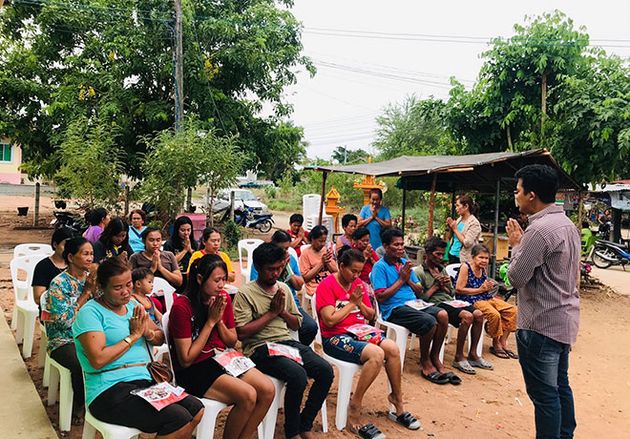 Once someone shows interest in praying to Jesus, the leaders visit within 48 hours and invite nearby relatives to their home for the first of a series of home gatherings. They prepare a meal at the interested person’s house and create a joyful community atmosphere.

Those whom they visit are led in a simple prayer of faith, and they explain that following Jesus means complete allegiance to his authority as Master.

On the second week of visitation, new believers begin hearing stories from creation in Genesis to Christ in the New Testament—simple Bible lessons from a booklet with very large print. The large print is vital in order to accommodate many with poor eyesight and weak household lighting. 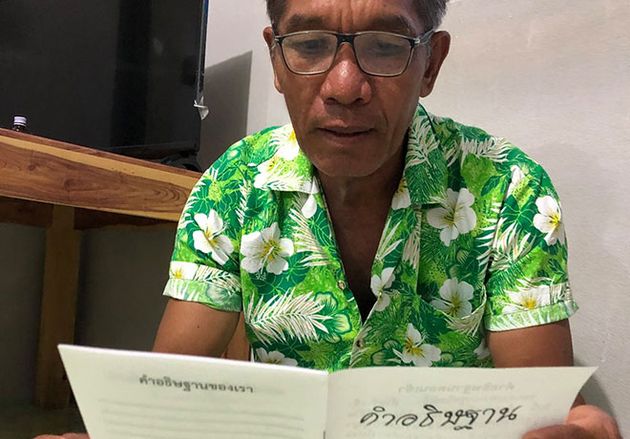 On the third and fourth week, as the house-group gathers, participants are encouraged to continue praying to Jesus, and to share their experiences of how God has answered their prayers and touched them.

The teacher continues repeating the creation-to-Christ stories to get the big picture of the gospel. By week five, the group is taught one or two very simple Thai worship songs such as ‘We will walk in the way of Jesus’. Within the next few weeks, there is a decisive moment. The leader of the group will say something like this:

Do you remember how mankind sinned and was separated from God? Well, his salvation plan was Jesus his Son came as a human baby. He grew up and taught us a lot of good things and how to be good people.

But, he also came to die for us. He died for your sin and your bad karma. But he didn’t just die, he rose again and these are the promises you can have if you believe in him. 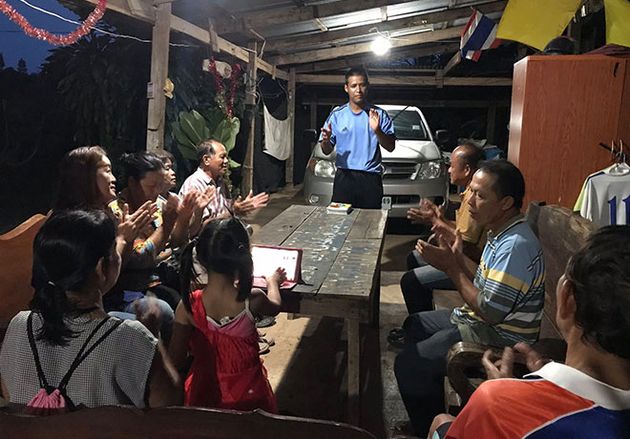 Those who repent and decide to follow Jesus demonstrate their faith by being baptized. After receiving water baptism, they are given a Thai Bible and a simple booklet about how to pray and ask God for help with the problems in their lives.

Once there are more than three believers in a home village gathering, it is designated a ‘house-church’. Surprisingly, new Buddhist-background disciples are not instructed in a clear set of practices that they should follow with regard to their local Buddhist community and family obligations (eg merit-making activities).

However, they are taught the Christian Scriptures, and encouraged to obey the leading of the Holy Spirit as they grow as a community of faith.

These lessons take about eight months to complete and the more mature believers teach the materials that they have just learned to the new believers. 2

In 2017 there were 139 new house churches established and over 1,500 people who made a confession of faith. Today there are a reported 656 church groups of the FJCCA movement network spread across various districts.

Pastor Somsak has shifted a lot of his energy to leadership development. He is very actively involved in the growth and continuation of these newborn Christian communities, inviting potential leaders to come along on visitation and to share their faith right away. Many of the leaders work up to eighty hours per week.

While such movements have been witnessed before, one thing that sets this movement apart is the meticulous method by which data have been collected. In March 2019, Christianity Today highlighted the work of Dwight Martin who grew up in Thailand. 3

Martin creates and uses digital analytical tools to assist national Christian leaders to accurately keep track of the they are serving. 4 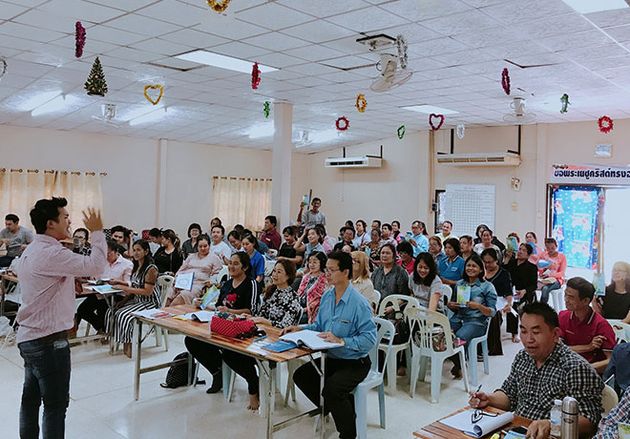 As of 2017 only 17 of these churches had physical buildings, as they prefer the home context for establishing simple Christian communities at the beginning. The house-church model keeps the financial burden low, but a building is built once there is a critical mass.

They have a goal to erect 20 ‘mother’ church facilities in 2021 to support the house-church advance at the cost of around USD 50,000 each. Despite this truly astounding growth and spread of the gospel, 98.7 percent of this province remain idol-worshippers.

Lay leaders of the church in neglected regions must be gripped by the necessity of their own personal and practical obedience to the Scriptures for an indigenized form of evangelism and church planting that will not be contingent upon the presence of outsiders.

The incarnate love of Christ

The JFCCA has creatively embodied the ancient cultural value of warm community when embracing those who are interested in Christ. Sadly, industrialization and urban migration have stripped many of the most needy Thai villages of their sense of belonging and relational interdependence.

The observant minister of the gospel will seek to demonstrate the love of Christ visibly in the Christian community.

There has been a concerted effort by the JFCCA to keep all printed materials at a minimum, and to be good stewards with the few resources that they themselves have developed. Physical structures and supplies are secondary to the priority of developing the faith of the people whom Christ is reaching with the gospel in the community.

The name of God

Instead of immediately explaining the Trinity, and using the generic Thai word for God (Prachao), the JFCCA has purposefully chosen to first proclaim the name of Jesus as the name of God, to whom people begin to pray.

While the doctrine of the Trinity is presented through the complete teaching of the Scriptures, they have found that many ‘smoke-screens’ and stumbling blocks are removed from the Thai Buddhists’ initial engagement with the gospel and with the call to faith and repentance.

This also helps to remove the confusion many have with the biblical concept of a Creator-God and their commonly understood vision of a golden deity that resides in a local temple.

Local Church leaders must train their people in how to express the concepts of the Triune God without causing greater confusion in the process of proclaiming the gospel to their relatives, friends, and neighbors.5

D.J. Oden (pseudonym) is a cross-cultural worker in SE Asia with Pioneers.

This article originally appeared in the November 2020 issue of the Lausanne Global Analysis and is published here with permission. To receive this free bimonthly publication from the Lausanne Movement, subscribe online at www.lausanne.org/analysis.

5. Editor’s note: See article by Hugh Kemp, entitled ‘Buddhism in Asia’ in the May 2015 issue of Lausanne Global Analysis, https://www.lausanne.org/content/lga/2015-05/buddhism-in-asia