One hundred Spanish evangelical leaders gather to reflect on euthanasia

The second Interdenominational Evangelical Forum aimed “to build tools to deal with euthanasia in the best way possible” and called for a law to guarantee palliative care. 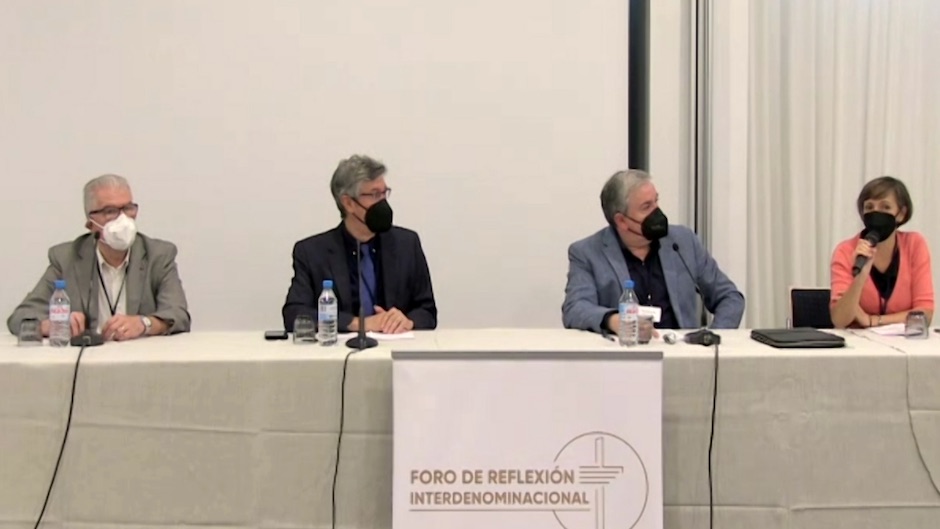 The second Interdenominational Evangelical Reflection Forum brought together around one hundred Spanish leaders to address the issue of euthanasia.

Through a mixed event, held in person in Madrid, with 52 people, and by simultaneous online transmission with 43 others, the day focused on the recently approved euthanasia law in Spain.

“The aim of this forum is to build tools to help us make decisions and deal with this complex issue in the best way possible”, said Jesús Londoño, director of the missionary association SEPAL Spain and international leader of the 'Back to Europe' movement.

During the event, organised by the Federation of Evangelical Religious Entities of Spain (FEREDE), there were 4 presentations on the following topics: “God, life and euthanasia”; “Euthanasia from science and medicine"; “Ethical-legal perspective on euthanasia” and “Euthanasia: different points of view”.

That was followed by the panel “Pastoral praxis: what to do when facing euthanasia”.

The day ended with the reading of the preliminary conclusions. The final conclusions will soon be published in Spanish in a format accessible to the public.

After a time of discussion, consensus was reached on some key issues, such as the sovereignty of God in the face of life and death, the dignity of human life regardless of its condition, and the need to guarantee a universal law on palliative care.

The participants also reflected on pastoral care in the face of death and the end of life, emphasising the need for training, empathy and sensitivity for the leaders who have to deal with these situations.

They also stressed that it is essential to have a pastoral care that accompanies people in their last moments with love and mercy.

The euthanasia law was passed in Spain in December 2020 with a majority of 198 votes. Spain became the fourth country in Europe and the sixth worldwide to legalise euthanasia, after the Netherlands, Belgium, Luxembourg, Canada and New Zealand.

According to the law anyone with “terminal or incurable illness causing intolerable physical and mental suffering” have now access to euthanasia in Spain.

Prior to the approval, the Spanish Evangelical Alliance (AEE) had released a statement, warning that “it is dangerous to build a social opinion that says that terminal patients are a burden” and calling on the government to promote a model for those that combines access to palliative care with family and economic support.

The Spanish Bioethics Committee also pointed out that there were “solid health, ethical, legal, economic and social reasons to reject the transformation of euthanasia into a subjective right and a public service”.

Religious groups and medical institutions also raised their voices against the approval of the law and called on for better palliative care measures.