The Reformation that transformed the church and the world

On 31 October the Protestant Reformation is commemorated around the world, just over five centuries after Luther nailed his 95 theses in Wittenberg (Germany). 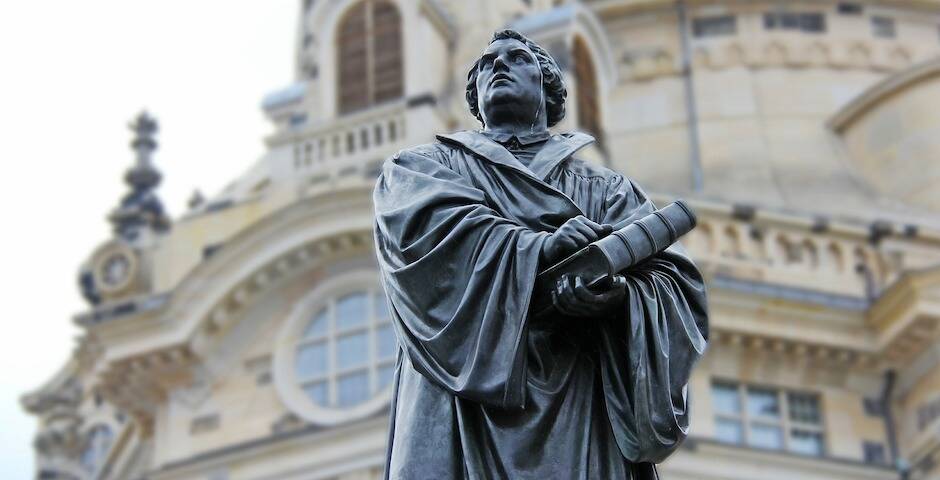 On 31 October 1517, the eve of the Catholic feast of All Saints, Martin Luther made his theses publicly known, and the impact was such that the date is marked as the beginning of the Protestant Reformation and a return to the purity of the Gospel message of Jesus.

To others, he is the great hero who made the pure gospel of Jesus and the Bible preached once more, the reformer of a corrupt church.

He changed the course of history by boldly challenging the power of the papacy and the empire, holding views contrary to the practice and ordinances of the established religion, Roman Catholicism, as contrary to the Bible.

The main evangelical doctrine that Luther raised against the ritualistic system of penance was that salvation is by faith and grace alone, not by works.

The spark that moved the monk probably came in 1515, when Luther began to lecture on the Epistle to the Romans, for he himself later said that it was in the first chapter of that epistle that he found the answer to his difficulties.

That answer did not come easily. It was not that one day Luther just opened the Bible to the first chapter of Romans, and discovered there that "the just shall live by faith".

By his own account, the great discovery was preceded by a long struggle and bitter anguish, because Romans 1:17 begins by saying that "in the gospel the righteousness of God is revealed".

He meditated day and night to understand the relationship between the two parts of the verse which, starts saying that "in the gospel the righteousness of God is revealed", and concludes that "the just shall live by faith". 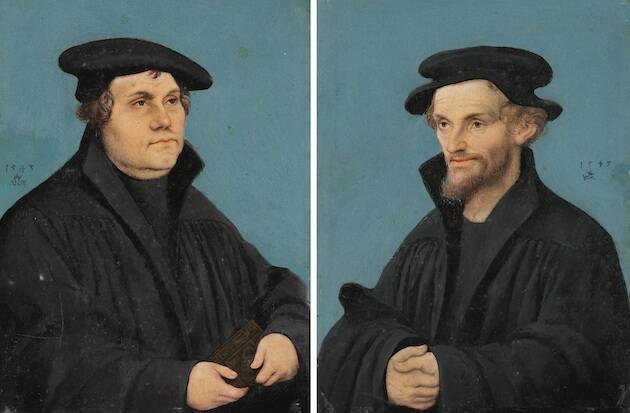 Justification by faith does not mean that faith is a work more subtle than good works, and that God repays us for that work. Rather, it means that both faith and the justification of the sinner are God's work, a free gift.

"I felt that I had been born again and that the gates of paradise had been opened to me. The Scriptures all had a new meaning. And from then on the phrase 'the righteousness of God' no longer filled me with hatred, but became unspeakably sweet to me by virtue of a great love".

Luther seems to have been a little reserved man, devoted to his studies and his spiritual life. His great discovery, although it brought him a new understanding of the gospel, did not immediately lead him to protest against the Roman Catholic Church's understanding of the Christian faith.

On the contrary, the monk continued to devote himself to his teaching and pastoral work and, although there is evidence that he taught his new theology, he did not seek to set it against the theology taught by Catholicism.

When he finally decided that the time had come to launch his great challenge, he wrote ninety-five theses, which should be the basis for a scholarly debate.

Those theses attacked several of the fundamental tenets of Roman Catholic scholastic theology, so that he hoped their publication and the resulting debate, would be an opportunity to make his discovery known to the rest of the Church.

The controversy was far greater than Luther had intended. By attacking John Teztel's sale of indulgences in Germany, Luther had dared, even without knowing it, to oppose the profit and designs of several people far more powerful than himself.

According to Luther, if it is true that the pope has the power to bring souls out of purgatory, he must use that power, not for such trivial reasons as the need for funds to build a church, but simply out of love, and do it freely (Thesis 82).

Although many shared such feelings, no one protested, and the sale continued. 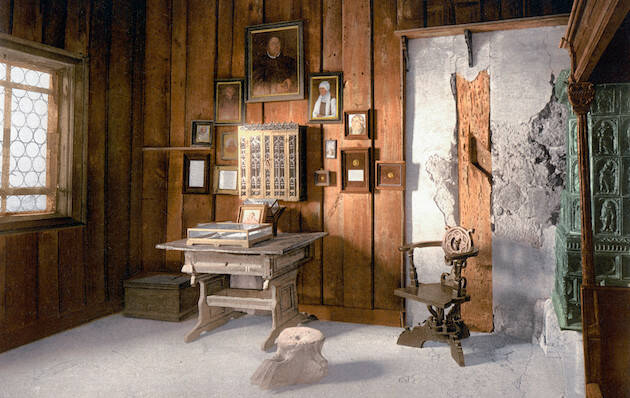 The room in Wartburg Castle where Luther translated the New Testament into German / Wikipedia, public domain.

Luther nailed his famous ninety-five theses, written in Latin, to the door of Wittenberg Castle Church on the eve of All Saints' Day.

The impact was such that that date, 31 October 1517, is often cited as the beginning of the Protestant Reformation and the reaffirmation that the Word of God is the starting point and final authority of the Church and of all theology.

Most historians agree that Luther sent his theses to the Archbishop of Mainz, the Pope, some friends and other universities on that date. they were soon printed, and by 1518 they had been widely read throughout Europe.

Their impact surprised Luther himself. The religious authorities at first  hesitated, however, to condemn him and he continued to argue with theologians who supported the doctrines of Rome, for example with Johann Eck in the famous Leipzig dispute of 1519.

The 95 Theses were definitively condemned on 15 June 1520 by Pope Leo X's bull Exsurge Domine. Luther, then openly in conflict with the Roman Catholic Church, was excommunicated at the beginning of the following year.

Pope Leo X demanded that Luther recant at least 41 of his theses, but the German monk, publicly rejected this demand at the Diet of Worms in 1521 at the risk of his life. This was the definitive step towards what was to become the Protestant Reformation.

This Reformation was not only a spiritual, but also a social, economic, cultural, scientific and political revolution. It can be said that the modern world and society were largely born out of this moment in history, which was able to point to the Jesus of the Gospel in a clear, new and distinct way.

Published in: Evangelical Focus - life & tech - The Reformation that transformed the church and the world