US: 60% of Christians believe other faiths also lead to heaven

A Pew Research survey finds that a large majority of Americans believes in the existence of hell. Only four in ten Catholics and Protestants believe the Christian faith is the only way. 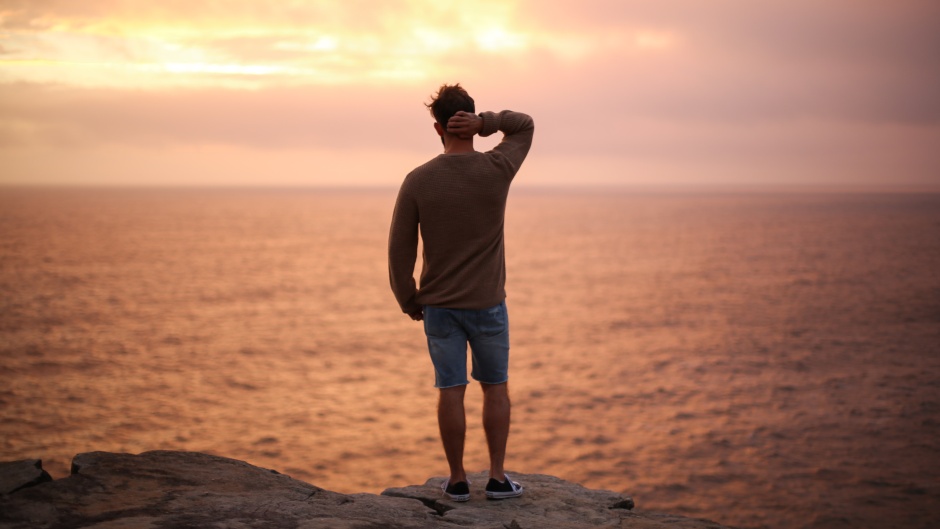 A new Pew Research survey found that 73% of United States adults believe in heaven, while 62% believe in hell. The figures are similar to 2017, the last time it asked those kind of questions.

“Among Christians, overwhelming majorities of all major subgroups express belief in heaven”, but “while roughly nine-in-ten Protestants in the evangelical and historically Black traditions believe in hell, only 69% mainline Protestants and 74% of Catholics share this belief”, point out the authors of the survey.

Meanwhile, 26% of US adults say they believe in neither heaven nor hell, including 7% who believe in some other kind of afterlife and 17% who do not believe in any afterlife at all.

How will afterlife be?

Those who said they believe in heaven and hell were asked several questions about what they think those places are like, and the survey shows that “many Americans believe in an afterlife where suffering either ends entirely or continues in perpetuity”.

Most of the respondents described heaven as a “place where people are free from suffering, are reunited with loved ones who died previously, can meet God, and have perfectly healthy bodies”, among other traits.

Regarding hell, about half of Americans view it as “a place where people experience psychological and physical suffering, become aware of the suffering they created in the world and cannot have a relationship with God”. A slightly smaller share said that people in hell can meet Satan.

Who can get to heaven?

Among those US adults who believe in heaven, 39% think people who do not believe in God can enter heaven, compared with 32% who say only believers can gain access.

Among the religious “nones” who believe in heaven, 27% responded that that people who do not believe in God can go to heaven, while 9% said they cannot.

According to Pew, “Protestants are more than twice as likely as Catholics to say that their faith is the one true faith leading to eternal life in heaven (38% vs. 16%), with half of evangelicals expressing this view”.

Furthermore, “more Catholics than Protestants say that many religions can lead to heaven and that non-Christians are included (61% vs. 35%)”, concludes the survey. 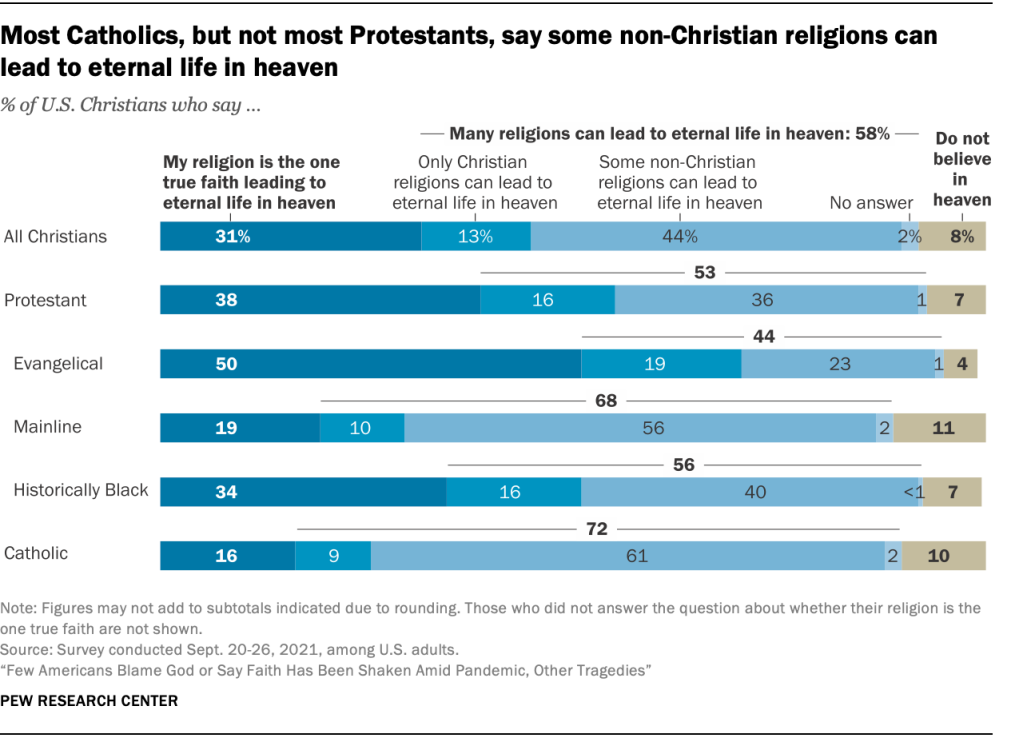 Published in: Evangelical Focus - life & tech - US: 60% of Christians believe other faiths also lead to heaven