The night that the gospel was preached to Fidel Castro

The evangelical theologian Juan Stam relates an unusual encounter that happened in 2002, in Havana, between a group of Protestant pastors and Fidel Castro. 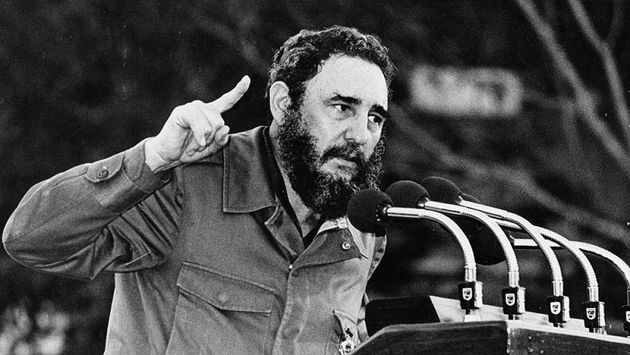 Fidel Castro has died this November 25, at age 90.

Cuban revolutionary leader Fidel Castro has died this November 25, at age 90. Fidel Castro was the last survivor of the Cold War, and probably one of the most important political personalities of the 20th century.
He started his political career on January 1, 1959 after overthrowing the Batista regime. His influence on the Caribbean island never disappeared, not even when a disease removed him from the government in 2006.
With the title "The night I taught the Apocalypse to Fidel Castro," evangelical theologian Juan Stam recounts an unusual encounter that happened in 2002 in Cuba between a group of Protestant pastors and Fidel Castro.

It was October of 2002 and I found myself in Havana participating in a theological conference on the Protestant Reformation. One night, after the day's session had concluded, our leader asked us all to sit down because he had an announcement to make. Fidel Castro had invited us for an interview that same night, from eleven o´clock until two in the morning.

We entered the room, greeted Fidel, and took pictures. The room was quite long but very narrow and I ended up sitting at the far end.

At first, Fidel spoke quietly and I couldn´t hear very well.  But suddenly I realized that Fidel was asking about the Apocalypse: “You who are pastors”, he said, “How do you understand the book of Revelation”.

It appeared that he had been reading it.  With a great amount of respect he asked us, “What about human rights, when so many people are killed that it seems like genocide? And how can the destruction of forests and oceans be explained ecologically?”  They were good questions, but difficult ones, and Fidel was waiting for an answer.

Since some of the group knew about my writings on Revelation, they told Fidel, “Well, Fidel, there is someone who can clear things up for you”.  I had never expected to be in that situation but suddenly I had the ball at my feet, so it was time to see if a “Holy Spirit goal” could be scored, as our dear friend Pablo Richard likes to say.

I sent off a prayer to the All Powerful One, tried to organize my thoughts, and started answering his questions.

As the word “apocalypse” has a bad reputation, I started by clarifying to Fidel that the word doesn´t mean catastrophe, disaster, or calamity, but rather “the manifestation (the meaning of “Apocalypse”) of hope in Christ Jesus”.  Fidel was surprised and remarked, “So there is a semantic problem with that term”.  Exactly!  I could see I had a good student.

Afterwards, I pointed out that most of Revelation is visions, and one must know how to interpret visions.  They can be literal and refer to the future, but not necessarily, and not always.  But they are always messages from God to the godless, calling them to conversion.  That is why the book says several times, after some very intense visions, “but they refused to repent”.

Many visions, like the ones where a third of the forests are burned, the water is converted to blood, or a third of all humanity is killed, are not predictions of things God will do in the future.  Instead, they are a wake up call.

I ended my answer by pointing out the strong criticism that John of Patmos makes against the Roman Empire, above all for its economic injustices, its bloody militarism, and its idolatry.

I had written a lot about that, and now I felt that God had been preparing me to tell it to one of the most important people of our time, through this unexpected opportunity.

When I finished the explanation, Fidel remarked, “You are quite right, I see that the Jesuits taught me incorrectly about the Apocalypse”. (This last comment was said jokingly, as he had studied with the Jesuits).

About halfway through the interview we shared with Fidel about our faith in the God of love, of life, and of justice.  Many atheists, we said, are rejecting a fake “god”, who is not the true God.

To which Fidel responded, “Of course faith is a personal matter that must be born in the conscience of every person.  But atheism shouldn´t be used as a rallying cry”.

Around two in the morning, Fidel apologized as he had another commitment, but he said he had one last question: “I see that you are evangelicals.  Explain what that means, who knows, I might be one without knowing it”.

Our leader, Israel Batista, didn´t waste such a timely invitation.  He was up to the challenge and presented the gospel in terms that Fidel would understand well.  At the end of his presentation he suggested that we stand to pray.  Fidel stood up as well, and Israel lead us in prayer.

Upon leaving the room, members of Fidel´s party asked me to send writings on the subject and assured me that Fidel would read them. The next day we had the traditional visit with the government´s director of religious relations, a Mr. Balaguer, who started the session by remarking, “I was told that you had a very interesting conversation last night on the Apocalypse, and I have a question as well”. I think that all of this is representative of the great interest in the Apocalypse, and in the word of God in general.

Published in: Evangelical Focus - life & tech - The night that the gospel was preached to Fidel Castro