Richard Page lost his post for publicly stating that it would be best for a child to be adopted by a man and a woman. “This shows that we are now living in a deeply intolerant society”, Page said. 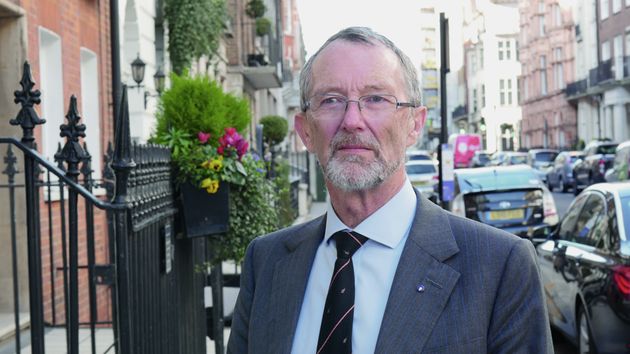 An Employment Appeal Tribunal in the UK, has dismissed Christian former magistrate Richard Page's appeal against the Lord Chancellor and Lord Chief Justice's decision to remove him from his post.

Page lost his post in 2015, after 15 years of service, for publicly stating that it would be best for a child to be adopted by a man and a woman.

He later also lost his position as a non-executive director of the Kent and Medway NHS Trust, after expressing the same opinion during a BBC Radio 4 interview.

The former magistrate appealed his dismissal on the grounds of discrimination and victimisation because of his Christian faith.

“PROPORTIONATE LIMITATION UPON HIS RIGHT TO FREEDOM OF EXPRESSION”

However, in a hearing, the Employment Appeal Tribunal rejected Mr Page's case against the NHS Trust, determining that it was not Mr Page's belief but the fact that he expressed his belief that led to his removal.

“Whilst judges are not precluded from speaking out on matters of controversy, if they choose to do so, they must not undermine judicial impartiality or respect for the judiciary”, Mr Justice Choudhury pointed out.

Furthermore, the ruling said Mr Page's removal from the magistracy was “a proportionate limitation upon his right to freedom of expression and as such would be regarded as necessary in a democratic society for maintaining the authority or impartiality of the judiciary”.

PAGE: “WE ARE LIVING IN A DEEPLY INTOLERANT SOCIETY”

“I am deeply disappointed that the court has ruled that saying that a child will do better with a mother and a father is proper grounds for dismissal as a magistrate and as a director of an NHS trust”, Page declared after the appeal .

And added: “I am also disappointed that Mr Justice Choudhury believes this viewpoint can be separated from my Christian faith”.

“This shows that we are now living in a deeply intolerant society which cannot stand any dissent from politically correct views, even from judges. I hope that we can appeal this decision and restore freedom of speech across the country”, he concluded.

“SERIOUS INFRINGEMENT OF THE FREEDOM OF CHRISTIANS”

According to Andrea Minichiello Williams, chief executive of Christian Legal Centre, which has supported Mr Page in his trial, “this case reveals frightening developments in our society. The judgement demonstrates a total lack of understanding of what it means to be Christian and what it means to live out your faith in the public sphere”.

“But even more disturbing is the suggestion that simply holding the belief is sufficient to constitute a breach of his judicial oath. If upheld, this rules out conscientious, informed Christians from holding judicial positions”, she said.

Minichiello warned that “this ruling is a serious infringement of the freedom of Christians to express their views, showing a deep intolerance for Christians who are prepared to say what they believe in public life”.

The Christian Legal Centre said Page would be seeking to appeal court's decisions.