Earwigs are calm and peaceful insects which feed on aphids and sea-slug eggs, which makes them beneficial for agriculture. 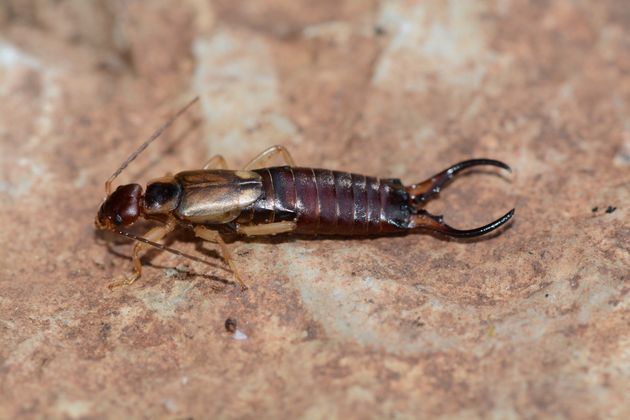 It is true that the world has been subjected to evil, and many evil things happen in it. However, anyone who opens their eyes will still see good things, and will find the fingerprints of divine wisdom in every corner of the planet.

Earwigs are dermaptera insects which get their common name from the device that used to be used to piece the ears for the purpose of wearing earrings. The appendices in the form of pincers (or tweezers) that they have at the bottom of their abdomen are reminiscent of instruments of this kind.

These little bugs have been the victims of an urban legend according to which they enjoy entering the ears of people in their sleep in order to perforate their eardrums. This absurd notion could not be further from the truth.

As a matter of fact, they are quite harmless creatures which use their pincers - longer and more curved in males than in females - to impress and fend off their enemies, and also to become aroused and thus facilitate copulation.

In fact, earwigs are calm and peaceful insects which feed on aphids and sea-slug eggs, which makes them beneficial for agriculture. They have perfectly developed wings, protected by tiny hairs, but they hardly ever fly.

The false stories about insects and many other animals remind me of the stories invented to tarnish the good reputation of many Christians down through history.  Ever since Nero accused them of burning Rome, practising ritual cannibalism, being immoral atheists, until the persecution they suffer for their religious beliefs in our time, millions of Christians have been put to death, and still are.

Unfortunately, Christocidal madness is like a social cancer that breaks out again and again in space and time Hence the pertinence of Jesus' words:

In this world you will have trouble. But take heart! I have overcome the world (John 16:33).