The sweetness of a corpse

Debora means “bee”, an animal regarded by the Hebrews as organised, wise and hard-working. 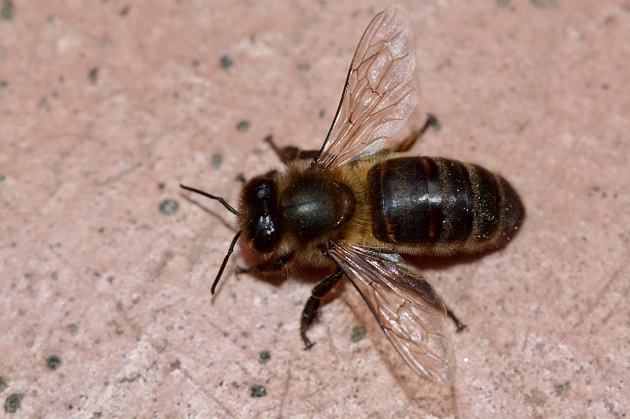 There are millions of different species of bees. Some of them are solitary by nature, while others form hives with up to 80,000 members.

Most of them have a poisonous sting which they use to defend themselves, but there are also some that have no sting at all.

The most famous of all, the honeybee, (Apis mellifera) which gets its name from its ability to make honey, builds hives which comprise an adult queen bee, a majority of worker bees, and 4% of drones.

Bees are hymenopterous insects belonging to the Apidae family. They are extremely active insects distributed throughout the world, and differ from bumblebees and wasps in that, among other characteristics, they form colonies that survive winter temperatures thanks to the amount of food that they store up.

These other insects, by contrast, die at the end of the summer season, with the exception of the fertilised queens, which hibernate so as to be able to create new colonies the following spring.

Throughout human history bees have been a source of wonder and fascination for human beings, especially on account of their complex social organisation and division into different castes, each with its own function, but also because of the exquisite and enormously useful products that they make, such as honey and wax.

During most of mankind’s history, our activity in relation to bees has been confined to inducing them to build hives or colonies in different types of empty containers, such as barrels, empty tree-trunks, wicker baskets, etc., with a view to harvesting these precious products.

Bees have good colour vision, and though they cannot see red, they can see ultraviolet, which is invisible to human beings. They can orient themselves with respect to the hive by memorising the position of the sun, or the dominant plane of polarised light.

As the sun appears to move over the horizon during the course of the day, these tiny creatures are equipped with a kind of internal GPS which enables them to compensate for any errors that might result from the sun’s continuously changing position.

Evolutionary biology would have it that the capacity of pollinizing insects, like bees, to adapt to the shape of the flowers where their activity is concentrated can be explained in terms of a process known as coevolution.

That is to say, the insects supposedly force the plants to produce certain scents, colours and nectar, while the flowers learn to exert on the bees the precise pressure required for them to respond to these vegetal signals in order for them to obtain their food.

The bees are thus selected in proportion to the thickness of the hairs on their legs to obtain more pollen, and thus to fertilise the plants more effectively, and therefore also to obtain a greater supply of food.

These coevolution narratives might appear plausible, but recently they have been shown only to be able to account for tiny modifications in structures which already existed beforehand.

The really complex changes, such as the emergence of new organs or new corporeal structures require radical transformations which only the introduction of large amounts of new biological information can provide.

And this information cannot come from the environment, from chance mutations or from natural selection. So great is this enigma that it has led many biologists and zoologists to wonder what the source of the information present in living organisms might be. Is it really the result of chance, or was in front-loaded into species from the very beginning?

Biblical characters did not fail to notice the ingenious behaviour of bees in their wild state. The people of Israel were familiar with these insects, as flowers of many kinds are abundant everywhere in the Jordan valley, as they also are in the sub-oriental region.

Apart from the quote at the beginning of this text (Judges 14:8), Scripture mentions bees on two other occasions (Psalm 118:12 and Isaiah 7:18). Many women were also called after them. Debora means “bee”, an animal regarded by the Hebrews as organised, wise and hard-working.

Several civilisations, from the Sumerians to the Romans, associated this insect with royal power. In some Christian communities the bee was even seen as a symbol of the Lord Jesus Christ himself.

Honey was seen as a symbol of the sweetness of his love and mercy, while the bee’s sting symbolised divine justice.

Finally, bees suggest the following reflection. In the societies that these animals constitute, what is important is not the individual but the community. Hence, bee-colonies are sometimes seen as a single supra-organism made up of many individual specimens.

Making due allowance for different nuances, in the Israel of the Old Testament the concept of “collective person” was not unknown. This deeply engrained idea that each individual belonged to a community led the Hebrews, for example, to feel responsible for the other members of the people.

If one person sinned, all were guilty. The children inherited the consequences of the sin of their parents, but the opposite could also occur. This concept of a collective personality changed little by little until the concept of personal responsibility became established, whereby each person was held accountable for their own actions, and not of anyone else’s.

Published in: Evangelical Focus - Zoe - The sweetness of a corpse