The fat of rams

Sometimes the ram’s tail grew so much and was so heavy that it actually trailed along the ground, inflicting painful injuries on the animal. When the Bible refers to the “entire fat tail” (Lev. 3:9), this is what the writer has in mind. 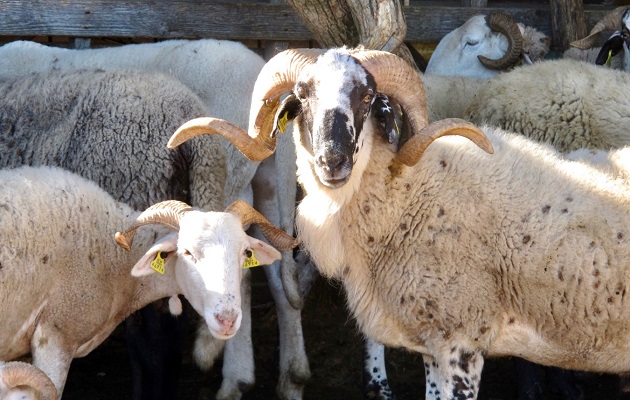 The term “ram”, is very frequent in the Bible, appearing no fewer than 159 times in the Reina Valera 1960 translation. The Hebrew word is ail, which etymologically denotes “strength”. It was translated into Greek as kríos, which means “ram”. The ram is a male, ovine, ruminating mammal, with powerful, curved, spiralling horns with transverse ridges. It is a domesticated animal, bred primarily for its meat and the wool covering its body, which is usually white (though there are also black rams) and always thick and flexible.

The breed of sheep to which the rams mentioned in Scripture belonged (Ovis laticaudata) is well-adapted to the semi-desert regions of Israel. This ram, known as the Bujaria ram, which originated in the Turkestan region of the former Soviet Union, had a long fatty tail that was offered, together with the ram’s meat, as part of the sacrifices, as this part is considered to be particularly exquisite. Sometimes the ram’s tail grew so much and was so heavy that it actually trailed along the ground, inflicting painful injuries on the animal. When that happened, the shepherd would place a sort of little trolley behind the animal to prevent it from dragging its tail on the ground. When the Bible refers to the “entire fat tail” (Lev. 3:9), this is what the writer has in mind. In some eastern countries, the ram’s tail is still eaten as a delicious delicacy, as the blend of fat and bone marrow constitutes a unique kind of buttery substance.

The Hebrews at the time of the Old Testament, horns or war-trumpets (the so-called sophar), from the ram’s horns. 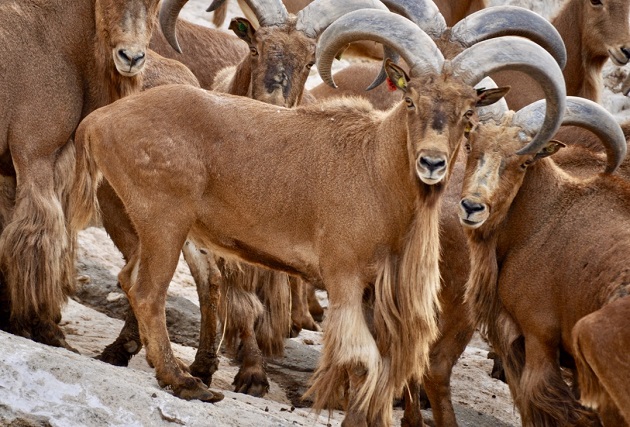 The sheep (Ovis orientalis) is an artiodactylous mammal belonging to the bovid family, which includes domesticated sheep and a range of wild Euro-Asiatic breeds of ram, such as the mouflon and urial, which have very elaborate horns. There are nine different sub-breeds. The origin of the sheep is unknown, but what is clear is that it is relation to the mouflon (especially those from Anatolia, Iran, Cyprus, Sardinia and Corsica) must be close as they can be cross-bred and have fertile offspring. The chromosome and archaeological data available to us indicate that the domesticated sheep descends from the mouflon and that it was initially domesticated somewhere in the eastern Mediterranean region about ten thousand years ago. Later, from the Fertile Crescent, it spread throughout the entire Mediterranean basin. A curious feature of all the wild breeds is their short tail, while the domesticated breeds usually have a long tail. This appears to be the result of degeneration caused by domestication.

The mouflons of the Atlas Mountains (Ammotragus lervia), also known as Barbary sheep, are native to the rocky areas of the Sahara and Maghreb, although they have also appeared in other regions, even in Egypt. (I took this photo in the Experimental La Hoya Estate in Almeria, formerly known as the Sub-Saharan Fauna Rescue Park - thanks to the kindness of the director of the centre).

The great English preacher C.H Spurgeon, in his commentary on Psalm 37, writes the following:

“The enemies of the Lord shall be as the fat of rams. As the sacrificial fat was all consumed upon the altar, so shall the ungodly utterly vanish from the place of their honour and pride. How can it be otherwise? If the stubble dares to contend with the flame, to what end can it hope to come? They shall consume. As dry wood, as heaps of leaves, as burning coals, they shall soon be gone, and gone altogether, for into smoke shall they consume away. (...) They made themselves fat, and perished in their own grease. Consumers of the good they tried to be, and consumed they shall be”.[1]

Published in: Evangelical Focus - Zoe - The fat of rams