The weat and spelt were not destroyed

Spelt (Triticum spelta) is much older than wheat (Triticum aestivum) and was therefore the variety that was best known and most widely used in Bible times. 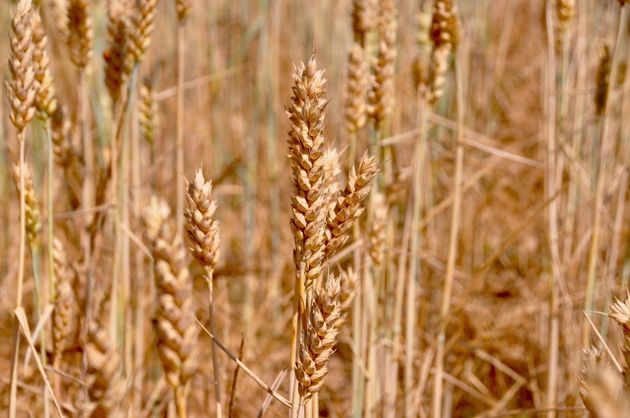 Ears of spelt (Triticum spelta), just before harvest, intended for bread and varieties of flour which are currently highly appreciated. / Photo: Antonio Cruz

However, the wheat and spelt, however, were not destroyed, because they ripen later. Exodus 9:32

Some versions of the Bible translate the Hebrew term qecakh as “spelt” (Exodus 9:32), which is a hybrid form of wheat (Triticum spelta), and is also known as “dinkel wheat”, or “hulled wheat”. What is distinctive about this cereal is that in each of its cells it has six sets of seven chromosomes, a total of 42.

On this basis we can deduce that spelta wheat comes from wild spelta (Triticum dicoccoides), which, in turn, is a natural hybrid of wild dinkel wheat (Triticum boeoticum) and, possibly, goats’ grass (Aegilops speltoides), both of which were present in the Near East seven millennia ago. Despite originally growing in warm regions (Iraq, Israel, Turkey etc.), this cereal also adapts well to harsh, wet and cold climates, which has given rise to numerous varieties of spelt appearing in other parts of the world.

Although alternative medicine has made the consumption of certain strains of spelt popular for the treatment of a range of health problems, anyone who is highly allergic to wheat should not eat spelt either, as it contains gluten, which should be avoided by celiacs. However, there is proportionally less gluten in spelt than in wheat, and its molecular composition is different, which means that it is more fragile and soluble in water, and can therefore be digested more easily. For that reason, some celiacs can tolerate it perfectly well.

Despite the similarities between spelt and wheat, there are certain important differences between them. Spelt (Triticum spelta) is much older than wheat (Triticum aestivum) and was therefore the variety that was best known and most widely used in Bible times. However, modern agricultural technology stopped producing spelt because it was found to be unprofitable for farmers. 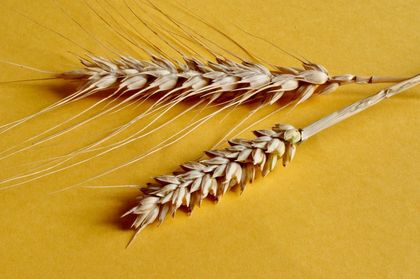 After the harvest, which was carried out by reapers, the husk had to be removed from the grain, which complicated and increased the cost of the process. Fortunately, in the mid-80s, spelt began to be grown in Europe again as new properties were discovered which are beneficial for human health and for the environment.

The wheat we consume nowadays has been genetically modified with a view to eliminating the husk surrounding the grain, in order to make it easier and less expensive to harvest. The problem is that, with the husk gone, the grain has lost its protection against pests. For this reason, the modern wheat enzyme has developed inhibitors to combat these pests. The problem is that these inhibitors delay the action of the enzyme that is necessary in order for the cereal to be adequately digested by humans. This delay does not pose a problem for healthy people, but it does for celiac. However spelt, with its hard husk, does not need these enzyme inhibitors, which is why it is easier to digest.

The main differences between modern wheat and spelt are the following: spelt has a greater nutritional value as it has not been subjected to as many genetic modifications as wheat has; while the percentage of proteins present in spelt only slightly exceeds that of wheat (15% compared to 10%), what is most beneficial is the fact that unlike those of wheat, its proteins contain the eight amino acids that are required by the human body, and which are only obtained from food. 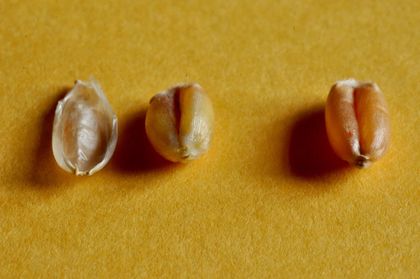 This means that spelt proteins are of greater biological value than wheat proteins. Likewise, spelt fibre is more abundant and more soluble than wheat fibre, which delays the absorption of carbohydrates, and is therefore beneficial for human health, especially for diabetics. As it contains more fibre, it is ideal for dieting and as a remedy for constipation. Additionally, the amount of minerals and vitamins is greater in spelt than in wheat, which means that it is easier to digest.

Finally, spelt is more resistant to pests and more eco-friendly as it requires no aggressive and damaging chemical products. As I have pointed out, when the outer husk is eliminated from wheat in order to make it easier and less expensive to produce, apart from the fact that this diminishes the amount of important nutrients, the plant becomes more vulnerable to insects and fungus. This results in the use of toxic pesticides to combat these pests, which has a negative impact on the natural ecosystems. Besides, growers have to higher and higher prices for seeds which they used to be able to exchange amongst themselves, but which they now have to buy from multinational companies. The result of all this is the contamination of the underground aquifers, and the production of allergenic substances which cause people to fall ill.

The environmental crisis reminds us that good, sustainable science is impossible if it is not accompanied by a good conscience, and this is not possible unless we replace our self-centredness with altruism and respect for the creation.

Published in: Evangelical Focus - Zoe - The weat and spelt were not destroyed