Debate in Switzerland: Is ‘God’ a word that can be omitted?

The winning lyrics for a possible new Swiss national anthem forgo any direct reference to God. But there are possible alternatives. 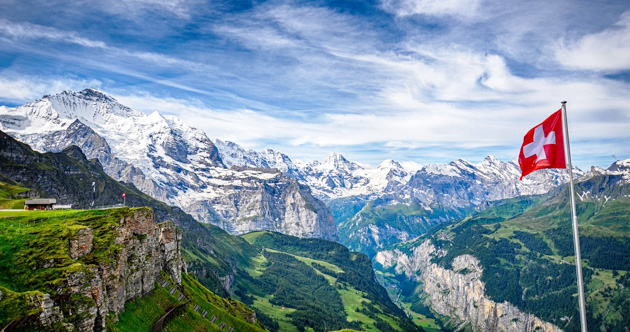 A swiss flag in a Alpine region of the country. / Madhu Nair (Flickr, CC)

The Swiss Charitable Society (die Schweizerische Gemeinnützige Gesellschaft SGG) wants a new national anthem. On 12 September, out of over 200 entries, the song by Werner Widmer from the Canton of Zürich was chosen as the favourite.

Widmer studied music at the Berne Conservatory and heads up the Foundation for Protestant Charitable Organisations in Neumünster (die Stiftung Diakoniewerke Neumünster).

The song Widmer proposes retains the present tune and proposes a new ‘Swiss Psalm’ which combines all four languages of the country.

No call to prayer, no ‘Highly Exalted One’, no ‘Glorious One’ any more.  Listen to Widmer’s new version here.

AUTHOR WIDMER: ‘HYMN IS NOT A STATEMENT OF FAITH’ 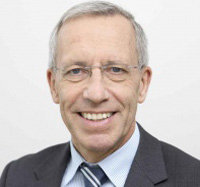 Why does God not feature in the Reformed songwriter’s work? In an interview with ref.ch Werner Widmer answers back: ‘God does feature – but not as a word!’ The national anthem, he says, is not a statement of faith.

Rather, it should promote cohesion within the nation. To our nation also belong people who do not profess any faith. Then he quotes Matthew 7, verse 21: "Not everyone who says to me, 'Lord, Lord,' will enter the kingdom of heaven, but only the one who does the will of my Father who is in heaven.” For him, this Bible verse clinched it:  ‘God isn’t a label. The important thing is to conform to His will, to which belongs especially protection of those who are weaker,’ he commented to ref.ch. So one line of the song says: ‘Free is the one who uses his freedom; strong a nation which supports the weak.’

SCHOOLS ARE TO PRACTISE THE NEW LYRICS

At the beginning of 2014, the SGG, which governs the Rütli meadow*, launched a competition for a new national anthem. Six of them were put to a public ballot with mobile-phone voting. In a further stage, the three best entries were put to a second online poll. The winner was finally chosen on Saturday, 12 September, in the Swiss television programme ‘Potzmusig’.

Whether Widmer’s entry will one day be the new national anthem of Switzerland is still an open question. The SGG will now make the anthem lyrics accessible country-wide to communities, schools and music groups, so that they can drill the new words and sing them at official ceremonies, writes the SGG about the further course of action.

If the mood in the general population were to show that the new lyrics were being met with broad acceptance, the SGG might bring them into the parliamentary process. In the SGG it is assumed that this process will take time. That is why they have no fixed timetable in mind for submitting the lyrics to the relevant federal authorities.

According to first clarifications from the Federal Chancellery, the decision about a new national anthem is the responsibility of the Federal Assembly, said Lukas Niederberger, project manager at the SGG to kath.ch. He added that the suggested lyrics could be brought into the parliamentary process in various ways.

It was conceivable that parliament might draw up a draft version subject to a referendum, on which in the end the nation could decide.

For the time being, however, the popularisation phase had priority, in which the population could familiarise themselves with Widmer’s entry.

In the last 50 years, various attempts to bring the national anthem up to date have failed.

AN ALTERNATIVE FROM A CHRISTIAN SCHOOL TEACHER

The former schoolteacher Hans Müller (68) in the Canton of Aargau likes the poignancy of the Swiss national anthem.

Nonetheless, he responded to the appeal of the SGG. Müller knows: The current anthem is not easy to sing, the words are a little antiquated. He was a schoolteacher for 30 years and enjoyed singing, and sang a lot, with his students. The ‘Swiss Psalm’, however, was barely in the repertoire. The words are too complicated for children.

Hans Müller looked for an alternative. And then one night a tune came to him. It was like a gift, he says. Straightaway he wrote down the notes. The tune is based on the current national anthem. It is solemn but easy to sing, like a folk song. For three months the retired teacher honed the composition, every day. For him it was important that the text had statements in it which, as he says, ‘honour God.’

In actual fact – Müller’s competition entry did make it into the top ten, in spite of its religious content. Listen to his song here.

‘Look at the mountains, look at the lakes – look at the wonderful countryside! All the valleys, all the hills – this is our homeland. God, the Most High, may He protect us – may He keep and bless us!’  This is how the first verse begins.

From this he derives values such as courage, joy, gratitude, helpfulness. ‘Helping others is happiness; whatever we give, will come back to us,’ is how the end of the song goes.  It wasn’t enough to win. First place went to Werner Widmer.

AUTHOR MÜLLER: ‘STAND BY OUR VALUES!’

Müller is aware that some people consider his lyrics too religious. For him personally, however, the Christian stance is important.

In November Hans Müller is exhibiting paintings. For his ‘Heimatpsalm’ (‘Homeland Psalm’) he has also painted a picture. ‘Where is Switzerland heading?’ is the title of the abstract work. It shows the Swiss cross and the contours of the country. “We must take care of solidarity in our country,” he says. “We ought to stand by our values more.” His song gives us a push in that direction.

(* Rütli, a mountain meadow on Lake Lucerne, is the symbolic ground of Switzerland’s independence. Every August 1, on the Swiss National Day, the legendary Rütli oath is re-enacted to commemorate the forming of the Old Swiss Confederacy. Adapted from Wikipedia)

Published in: Evangelical Focus - life & tech - Debate in Switzerland: Is ‘God’ a word that can be omitted?