“When it arrives, we should not consider the vaccine a form of individual protection”

The search for a vaccine against coronavirus involves historical moral debates. What do Christian scientists say about it? 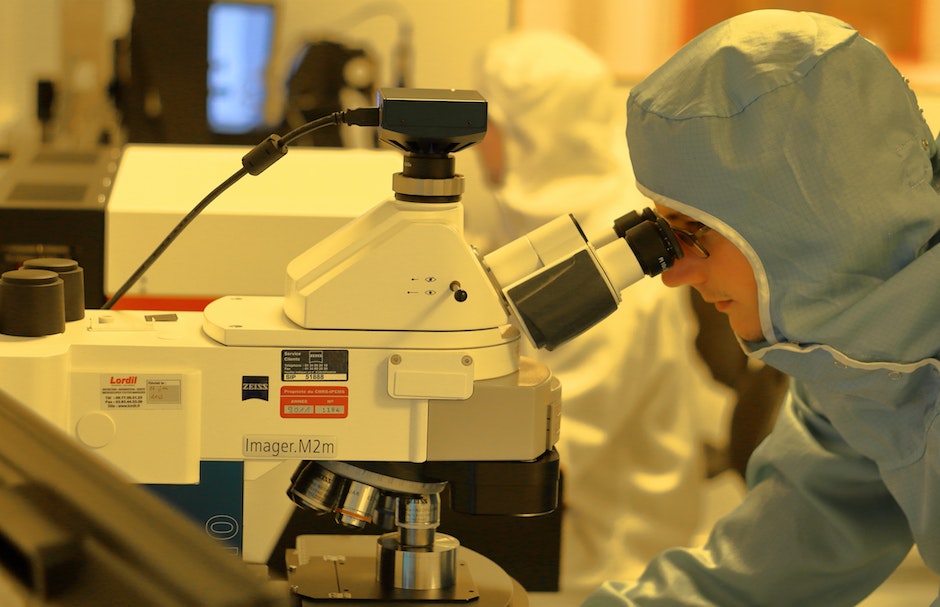 In mid-June the WHO claimed that there were more than 130 vaccine projects in the preclinical phase . / LN, Unsplash CC

In early June, the American pharmaceutical giant Johnson & Johnson announced that it was going to advance the deadline to test its Covid-19 vaccine project in humans, from September to the second half of July.

China is going to start testing a prototype developed by the Military Scientific Institute and the biopharmaceutical CanSino Biologics on the military.

Indian Prime Minister Narendra Modi recently said that they hope to start testing a “affordable and universal” vaccine trial in humans this July, and the University of Oxford and the British group AstraZeneca where in the phase 3 of testing, according to the World Health Organization (WHO).

“When it is discovered, it will be the first vaccine. It will be difficult, because the first steps in something like this are difficult, but we already have a hundred candidates and some are already in an advanced stage”, WHO Director General Tedros Adhanom Ghebreyesus said, advancing that there could be a final product available within a year.

But the process of developing a vaccine always involves a series of moral and ethical dilemmas. Cases such as thalidomide deformations in the 1960s, which led to the rethinking of how scientists carry out human and animal testing, are ever-present.

Political and economic interests must also be considered prior to the commercialization of a new pharmaceutical product.

“Right now there are more than a dozen vaccine candidates who have entered, or will shortly enter clinical trials”, researcher at the Spanish National Center for Biotechnology, Daniel Fernández, told Spanish news website Protestante Digital.

According to Fernández, “the first results may come before the end of the year and if it works, perhaps we could have a vaccine by mid-2021. Although mass production to supply all international demand may take a long time".

“There will come the important dilemma of how to carry out the distribution at the international and national levels, who should be vaccinated in a context of scarcity, to achieve the most global protection possible”, he added.

The 'race' for the coronavirus vaccine

The process of developing the coronavirus vaccine has created real dilemmas. Such as, when the head of the intensive medicine and rehabilitation services at the Cochin Hospital in Paris, Jean-Paul Mira , stated that “if I can be provocative, shouldn't we be doing this study in Africa, where there are no masks, no treatments, no resuscitation?”

“There are companies that prefer to carry out these experiments in countries where there are fewer legal restrictions and a high number of cases that can be studied", Ph.D. in molecular biology and member of the board of the Spanish Evangelical Alliance, Emilio Carmona, explained.

“It is a hot debate that has continually reappeared for some time now. To this it is added that some have opted for high-risk experimentation by shortening or overlapping the phases to shorten the deadlines to find a vaccine”. 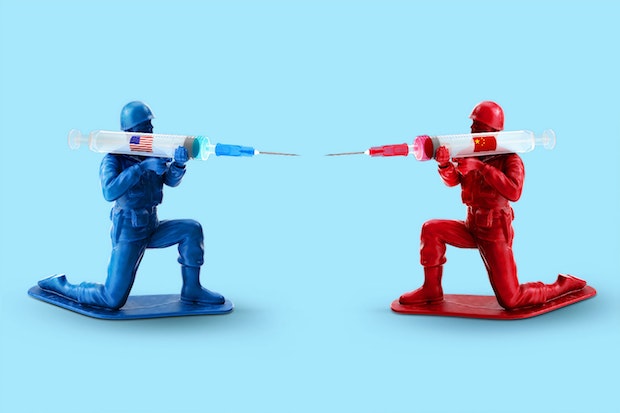 There is competition between China and the US to demonstrate their hegemony. /Morning Brew, Unsplash CCO.

“Scientists are aware that right now people need hope and understand this type of statements. The problem is that it creates expectations that we don't know if we can meet, since we are trying to find an effective and safe vaccine in record time”, biologist Bárbara Alonso, underlined.

Fernández stresses that “to say right now that the vaccine is going to be ready in a few months is basically wishful thinking. We all want it. But it is not in the hands of politicians to get it”.

Politicains, he says, “can help by increasing economic investment or by facilitating bureaucracy. But in the end, science has its own times, and if we want the results to be reliable, methodology must be respected”,.

According to Carmona, “before the pandemic, this possible scenario was known, and there are organisations that have been working for a long time to respond to cases like this, but it is obvious that more preparation is needed to be able to act more quickly”.

A process full of interests

“I do not think that the urgency imposed on finding the first vaccine harms the scientific community, but quite the contrary", Carmona pointed out. Fernández also agrees that the entire process “is having a positive effect on the investigation”.

“Corona viruses have been known for decades, and there are Spanish groups that have been investigating them for about 30 years. But they did not have political or economic interest. If they had, the current pandemic might have been stopped by some drug or vaccine developed for a similar coronavirus”, Fernandez explains.

But now, “precisely because there is a political interest in returning to normality as soon as possible and an economic interest of a global marketplace, progress is being made in ways we could not have imagined. It is impressive to see all that we now know about a virus that was identified half a year ago”, he added.

However, Alonso does relate these efforts to “publicity and money for the country that gets the vaccine” and considers that “those interests do influence the process of finding a vaccine”.

“This harms the research in those countries where it has been neglected. No matter how much money is invested now, it will not be possible to keep up with the countries that have invested for years to create a powerful infrastructure that can cope with research of this magnitude”, the biologist stresses.

Cooperation to find a solution

In mid-June the WHO announced that there were more than 130 projects in the preclinical phase, that is, phase 0, corresponding to the screening of molecules to obtain a candidate that can be tested in cell cultures that emulate, in a certain way, the conditions of the human cells.

This international 'race' has focused on the relationship between countries and their main pharmaceutical corporations. “There is not merely competition, nor merely collaboration, but a mixture of both”, Carmona says. 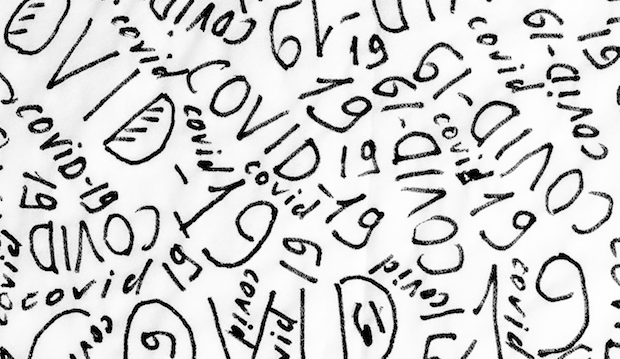 There are other researches underway to improve the response of human organisms to the coronavirus./@marjanblan, Unsplash CCO

“The need to find a solution impels large governments and organisations to collaborate with each other, and at the same time, there is competition between China and the US to demonstrate their hegemony”.

He warns that “the combination of cooperation and competitiveness usually results in further scientific progress, but it can create problems if ethical limits are crossed, such as the falsification or concealment of results, or bypassing controls on testing”.

For Carmona, “the safest tests will take one or two more years. We will have to weigh the risk and the benefit. Some countries want to buy rights now before knowing if a specific line of research will work in order to have national reserves, which creates another debate”.

The problem with the research process is that it does not guarantee a generalised access to the vaccine by the population at large, that is, not everyone would be able to pay for or receive such treatment. “The aim is to make it as accessible as possible, since it is necessary to immunise as many people as possible”, Alonso stresses.

“When it arrives, we should not see the vaccine as a form of individual protection, but as a way of protecting everyone. Figuring out how to do this will be a challenge”, Fernández adds.

Is the vaccine the only option against the coronavirus?

The vaccine “seems to be our best bet. The problem is that this changes every day. Everyday we know more about this virus, about this disease, and that helps to point us towards a better treatment”, says Alonso. “For example, recently there was doubt about whether Covid-19 produced immunity, which made the vaccine an unusable treatment, but today it seems that it does, so the vaccine seems a good option”.

This biologist explains that “other treatments are also being studied to improve the survival of patients with Covid-19 and there is also a possibility, as has happened with other viruses, that it will mutate and become less lethal”.

Fernández speaks of the Spanish efforts: “We are exploring two alternatives for the vaccine. One is to use a 'defective' version of the coronavirus that can infect our cells but do no harm; the other is to use another type of virus that we know better, and is harmless, to introduce the coronavirus proteins and thus 'show' them to our immune system”.

Both investigations “are in the preclinical phase, testing whether they are effective in laboratory animals”. The researcher underlines that “it will take months, if all goes well” to begin testing a vaccine made in Spain on people.

Published in: Evangelical Focus - science - “When it arrives, we should not consider the vaccine a form of individual protection”