Early orphanhood, the other impact of the pandemic

Some pediatric researchers estimate that 5 million minors have lost a parent or caregiver due to Covid-19. “The impact on a psychological level is very strong”, explains a Christian psychologist. 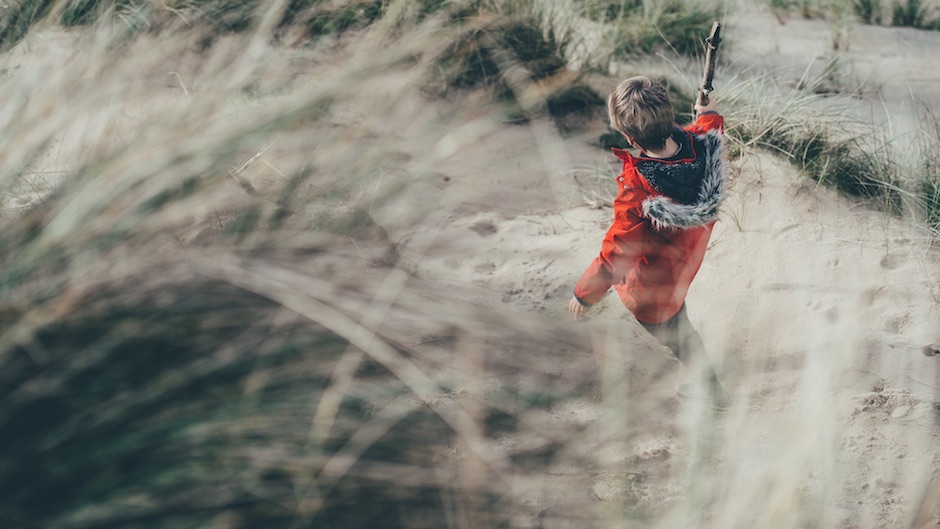 The coronavirus pandemic has caused more than 5.8 million deaths worldwide, according to the digital data platform Our world in data. But deaths are followed by a long-term impact on society as a whole: orphanhood.

An investigation published in July 2021 by the medical journal The Lancet showed that, between the months of March 2020 and April 2021 alone, more than 1.5 million children around the world had lost one of their main caregivers (parents or grandparents) or secondary caregivers due to the coronavirus.

“Unfortunately, this is a less visible statistic of the impact that Covid has had, and continues to have, on children. It is not always the father or the mother who takes care of the child, it can be the grandmother, the grandfather, an aunt, or another close relative”, explains Francisca Capa, president of Alianza Solidaria,the social branch of the Spanish Eangelical Alliance.

Susan Hillis, one of the researchers who has worked on a publication for Pediatrics that covers a similar period of time and focuses on the United States, where it is estimated that between April 2020 and June 2021, 140,000 minors have experienced the loss of a caregiver who was a close relative, recently told Time magazine that “we have updated those data [those published by The Lancet] and the figure is now estimated at 5 million [children who have suffered the death of a parent or close relative]”.

“On a psychological level, the impact is very strong”

Researchers warn that the sudden loss of a parent or a close relative can cause mental health disorders in children and adolescents. “The impact on a psychological level is very strong. The loss of a parent, father or mother, whether in childhood or adolescence, is one of the most stressful events in a child or adolescent”, explains Christian psychologist Silvia Villares.

“It is essential to understand that our parents have a fundamental role in our development, not only as generators of the bonding and emotional affection that all human beings need, but also as role models and transmitters of values. When this breaks due to a loss, there is going to be an impact,” she added.

Villares points out that “there is not a single descriptive model for everyone, because there are many factors to take into account”, such as whether it is the father or the mother, as well as the age of the minor at the time of the loss.

“There is research that says that grief and recovery from the loss, and the subsequent development of the personality and psychology of the minor, will be much more impacted if it is in childhood than in adolescence. What has had most adverse effects and the greatest impact on the psychology of children has been the loss of the mother, especially in ages from 10 years onwards”, she said.

However, “we are not only talking about the grief and how it will develop, but about all the ripple effects that will take place in the life of that child, such as, for example, the mental state of the surviving parent, how the socio economic situation is affected, moving to a different home or school, etc”, underlined Villares.

According to Alianza Solidaria, which has focused part of its work in recent years to counteract the effect of the pandemic on children in Latin America,“the impact is tremendous on a psychological level, because [the minors] lose the person who gave them security. That leads to insecurity, uncertainty, anguish, sadness, guilt, etc”.

“The whole range of symptoms accompanying grief can cause a loss of the ability to concentrate and, therefore, of performance in school, in those who continue with their studies, because many no longer do so”.

Within the circumstances of each situation, “among the reactions they may have, we find regression, school failure, withdrawal or isolation problems. When they are adolescents, the way in which grief is expressed is also different from adults. We must understand that there is a series of behaviors that are very different”, warned Villares.

For Alianza Solidaria, which has worked on the ground identifying the impact of the pandemic on the education of minors and the purchasing power of families. “Covid itself has greatly affected families, with job losses or precariousness and a decline in the social scale. A lot of the middle class is now poor, and many poor people are now in extreme poverty”.

“This has already led to many children dropping school to enter the informal labor market. If we add to this the loss of an adult who supported or contributed to the support of the family, this option almost becomes mandatory”, explained Capa.

Furthermore,“the loss of people brings a restructuring of the family nucleus. The loss of the father forces the mother to take charge of the family, look for a job and, if she has no resources, perhaps send some of the children to other relatives, to support them. But if it is the mother who dies, the father may continue his work”.

“This sometimes leads to marriages of convenience that, although they solve practical problems, usually bring with them a lot of conflict and if there is no one to assume responsibilities, the children grow up in a chaotic state, and sometimes the governmental organizations have to intervene and they end up institutionalized”, said Capa.

What does a society in which millions of people grow up as orphans look like?

The pandemic society is also a society that must face the millions of orphans in its development. But what will it look like in the near future? “It will be a society with chronic poverty. We must bear in mind that all the achievements in development and the fight against poverty achieved during the last 20 years have been lost in a single year of the pandemic”, underlined Capa.

On an emotional level, Villares recalled that “there are researches that states that adults who have lost one or both of their parents during their childhood are going to have greater emotional vulnerability, and sometimes there is a correlation with depression, fear, anxiety, distrust and the feelings of insecurity”.

“Each case is different and we cannot generalize, but we are talking about a generation that could have higher levels of psychological vulnerability in adulthood”, she added.

This is a scenario in which the need for healthy family relationships regains relevance in the development of society. “When the family is functional, it plays the role of a protective shield in people's lives. It is also a space for development in which people can acquire feelings of security and love. This is fundamental for the development of our personality when we are adults and for having much healthier emotions”, emphasized Villares.

“The family is an element of great value in which human beings grow and we need it for our future mental health".

A response from the church

Churches have also suffered the effects of the pandemic in various aspects, from mortality to organizational issues. Orphanhood also needs a specific pastoral care. “We must be aware of and meet these needs”, said Villares.

“Churches can function as an umbrella that offers values and creates bonds, because people need to feel connected. With a minor who is feeling empty and possibly unloved because of their circumstances, it is essential to provide experiences and relationships in which they can feel loved and protected”, said the psychologist.

Villares pointed out that “it is also true that it is necessary to be able to go further, understanding that the nature of our needs is not only spiritual but also emotional. When there are cases of people with a high level of suffering, we must make an effort to make these professional resources available to them”.

Alianza Solidaria believes that “the countries respond by creating institutions that take in these children, but a child needs more than just shelter and food. The family is the institution that God created for the integral development of the human being, and it is within a family where these children should be”.

“I think it is the mission of the church to facilitate and encourage Christian families to be foster families, where children who have been left behind can grow up. The number of homeless children has increased exponentially in a short space of time. Let us, as a church, take note of this need and see it as an important ministry”, concluded Capa.

Published in: Evangelical Focus - life & tech - Early orphanhood, the other impact of the pandemic