Gen Z describe themselves as “religiously unaffiliated” and “isolated”

“The way young people form bonds, make meaning, and live out their values is constantly changing. This is the most diverse generation that has ever existed”, concludes a survey conducted in the US. 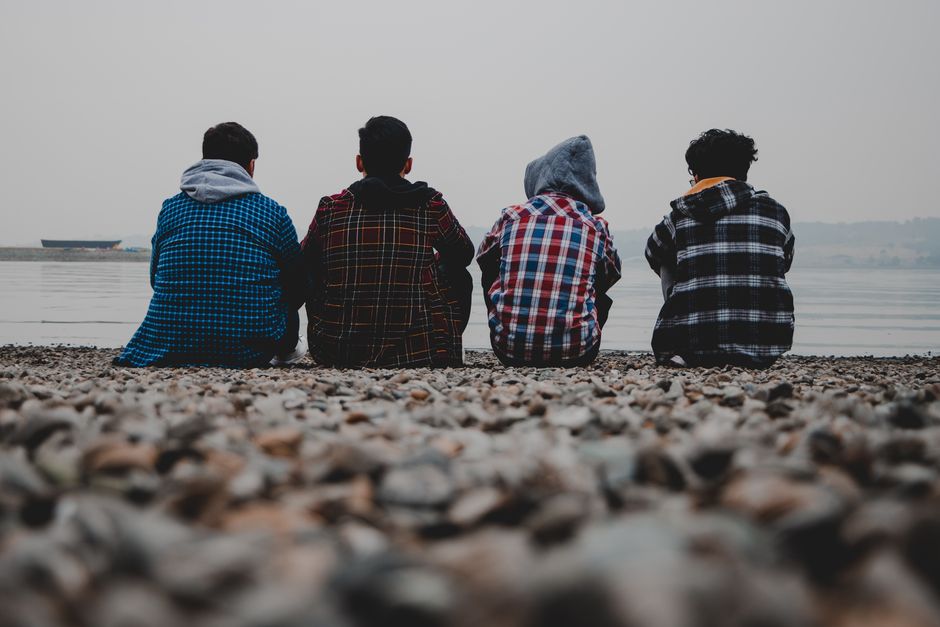 The Springtide Research Institute has published the report State of the Religion & Young People 2020, which analyses how the so-called Gen Z sees and relates with religion.

From late 2019 to mid 2020, the research organisation, which specializes in studying young people, carried out over 150 interviews, surveying more than 10,000 American ages 13 to 25.

“The inner and outer lives of Gen Z are complex. The way young people form bonds, make meaning, and live out their values is constantly changing. This is the most diverse and complex generation that has ever existed”, Josh Packard, Executive Director of Springtide Research Institute, pointed out.

The report shows that nearly 40% describe themselves as “religiously unaffiliated”, whether agnostic, atheist, or nothing in particular.

However, 60% of those young people who are not involved with organized religion consider themselves as “spiritual”, and 19% say they attend religious services at least once a month.

Furthermore, around one in 10 (12%) said they have become more religious in the last five years, and 28% recognise that they try to live out their religious beliefs in their daily lives. 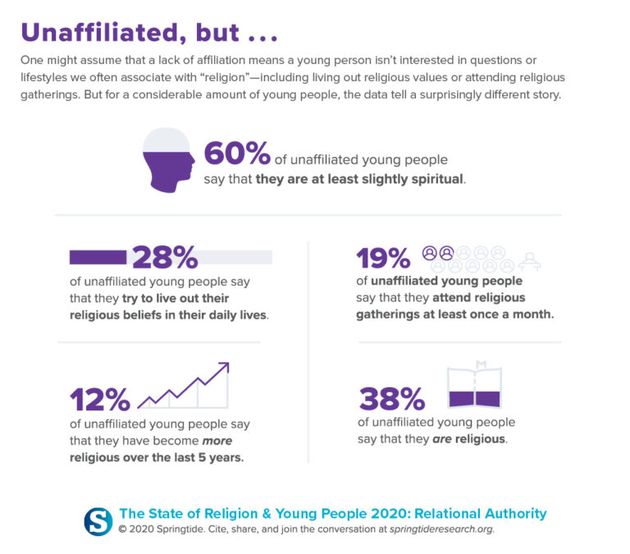 Meanwhile, among those who define themselves as “religiously affiliated”, 52% have little to no trust in organised religion, and nearly one third believe that it is not important to have a faith community.

Regarding the gender, the study states that although “in the past, it’s been clear that men and boys have been more likely to leave organized religion, in this study, however, the edge among the unaffiliated goes to girls, 40% of whom are not involved with an organized religion. This was true of 36% of those who identify as male”.

“Our data show that checking the boxes affiliated or unaffiliated on a survey doesn't even begin to tell the whole story about young people's religious identities. We have to start looking at who they really are, what they believe, and how they form their identities”, Packard stressed. 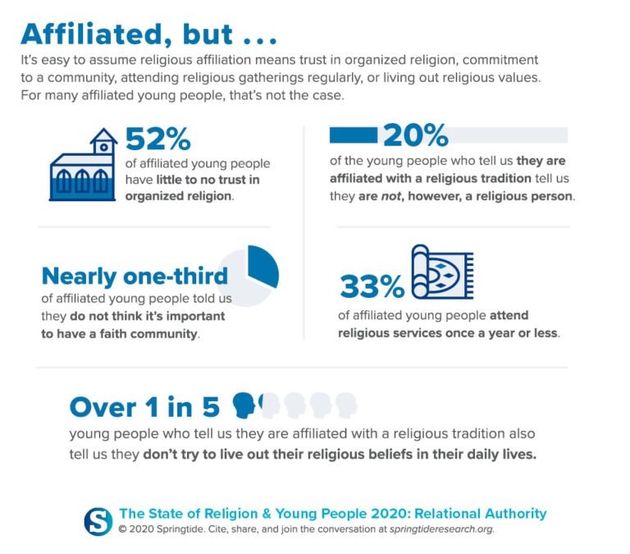 The study also points out that “today’s young people are also the loneliest of any generation”, with 60% saying they feel “very isolated”.

Young people “crave relational authority”, the study found. 79% of respondents are “more likely to listen to adults in my life if I know that they care about me", and 87% of young people said they trust adults who take time to foster relationships.

Among the respondents who said they have an adult mentor, 69% think their life has meaning and purpose, rising to 85% for those with two to four adult mentors, and 91% if they have five or more adult mentors.