The Council of Evangelical Churches denounces the use of “biblical end-time themes” to “incite fear and panic”, and asks its members to “consult only reliable sources”. 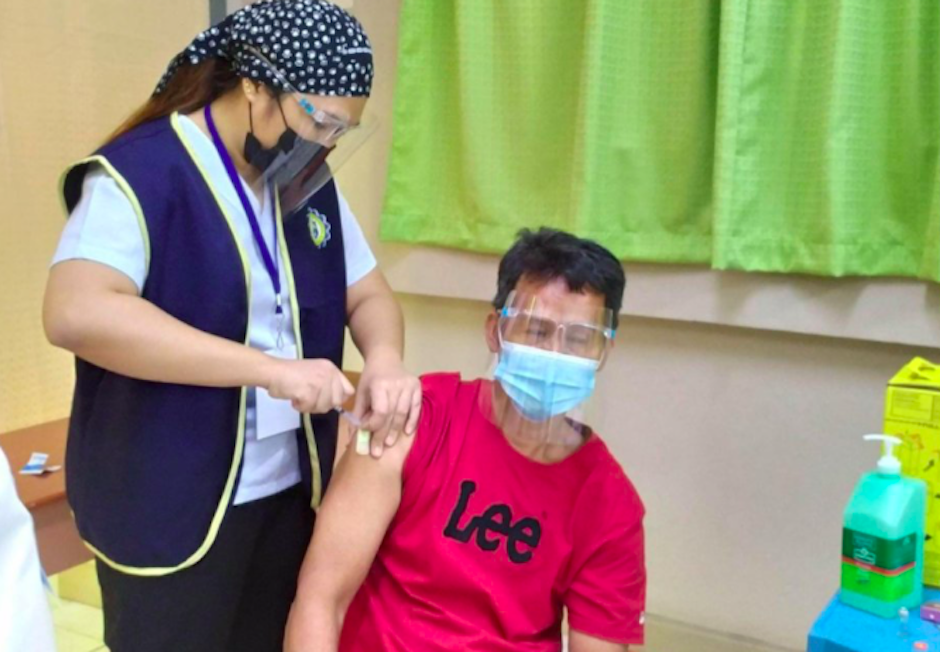 The Philippines has vaccinated less than 1.5% of its total population./ Twitter @DOHgovph

The Philippines is one of the Southeast Asian countries with the highest number of reported cases of coronavirus (946,000) and over 16,000 deaths.

The first 600,000 doses of the the pharmaceutical company Sinovac Biotech arrived the week of 28 February from China. In early March, the country also received a batch of more than 480,000 units of AstraZeneca's vaccine from the international vaccine equitable access agency, Covax.

According to the Filipino authorities, over 1.4 million doses had been administered in the country as of 18 April. These figures coincide with those of the platform 'Our World in Data', which confirms that 1.15% of the population has already been vaccinated, far from the average of 3.5% in Asia, 3.95% in neighbouring Indonesia and 6.42% in the rest of the world.

The Filipino government has asked the population not to hesitate to receive their injection when their turn comes. As in other parts of the world, the arrival of the vaccines in the country has been accompanied by controversy over the effectiveness and the degree of public trust.

“Misinformation about the vaccines spreading through social media”

The debate has generated “much concern” in the country's Council of Evangelical Churches (PCEC), the main representative body of evangelical communities and a member of the World Evangelical Alliance (WEA).

In a statement, signed by the PCEC's national director, Noel Pantoja, they lament “the misinformation about the vaccines that have been spreading especially through social media” and the misuse of “biblical themes related to the end times to incite fear and panic among Christians”.

“We enjoin our evangelical constituents not to pay any attention to, or circulate, unfounded ideas that can only add to people’s burdens and we ask them to consult only reliable sources and authorities, so we can address effectively the spread of irresponsible and potentially harmful claims”, states the PCEC.

They also “call on the evangelical community and all men and women of faith, to join hands in imploring God for His divine and mighty intervention in this time of great crisis”.

With an economy primarily based on tourism, the Philippines experienced a drop in GDP growth from six points in 2019 to -9.5 in 2020, according to the International Monetary Fund (IMF).

The evangelical entity stresses that the vaccine “will prevent people from getting seriously sick when infected with the virus”, and it can also “reduce mortality rates and helps in stopping the pandemic”.

“Health and medical authorities headed by the World Health Organisation (WHO), strongly endorse Covid-19 vaccination, which they haven proven to be a safe and effective way of managing the pandemic”, they add.

Given the slow progress of vaccination, the government has started clinical trials of different drugs on Covid-19 patients to determine their efficacy. Those include Ivermectin, which is used in humans for some parasite and skin conditions, such as rosacea, and in animals for nematodes, ticks and scabies. The use of Ivermectin for Covid-19 cases has been rejected by the US Food and Drug Administration (FDA), because they “have received multiple reports of patients who have required medical support and been hospitalized after self-medicating with it”.

The Philippine Food and Drug Administration has also warned that “Ivermectin is not approved by the FDA for treatment of any viral infection. Currently, the registered Ivermectin products in the country for human use are in topical formulations under prescription use only”.

However, the PCEC points out that Ivermectin “has been receiving international and local support as a safe and effective treatment for COVID-19”, so that, “considering the slow vaccine rollout in our country and the increasing number of infections”, they “call on our medical and health authorities to very soon allow the public use of Ivermectin”.