“It is important to use scientific criteria”, say evangelical researchers on vaccine controversy 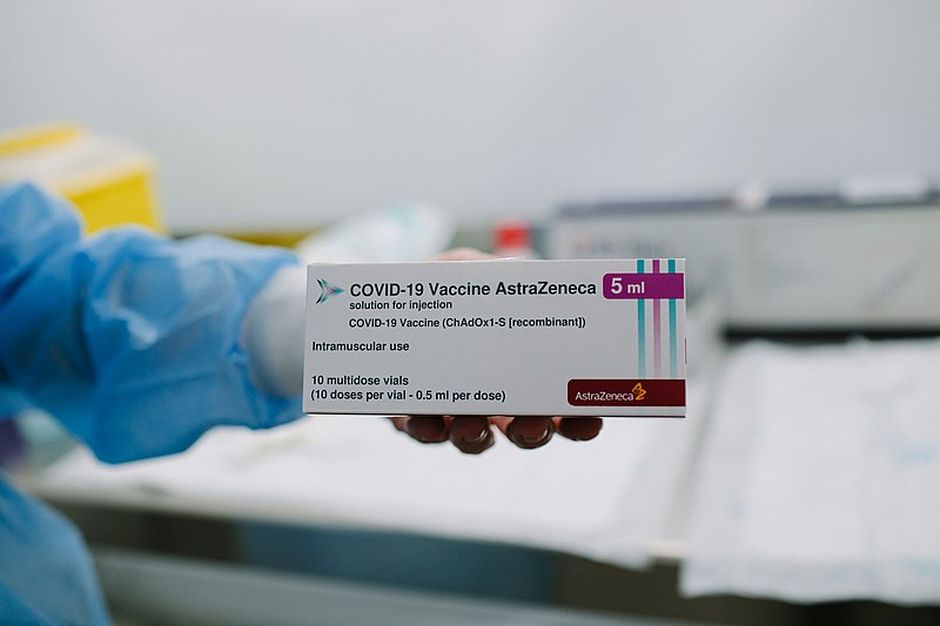 Controversy over the alleged link between the Oxford/AstraZeneca vaccine and the cause of thrombosis stopped vaccination in some EU countries. / Gencat. Wikimedia Commons

“The benefits of the vaccine in combating the still widespread threat of COVID-19 continue to outweigh the risk of side effects”, pointed out the  EMA.

The controversy around this vaccine arose from the identification of cases of thrombosis in people who had previously been injected with that vaccine.

“Around 20 million people in the UK and EEA had received the vaccine as of March 16 and EMA had reviewed only 7 cases of blood clots in multiple blood vessels (disseminated intravascular coagulation, DIC) and 18 cases of cerebral venous sinus thrombosis (CVST). A causal link with the vaccine is not proven, but is possible and deserves further analysis”, said the EMA.

Furthermore, “there is no evidence of a problem related to specific batches of the vaccine or to particular manufacturing sites”.

The pharmaceutical company AstraZeneca claims that its vaccine is 79% effective at preventing Covid-19, with 80% efficacy in participants aged 65 years and over. The US National Institutes of Health (NIH) cosiders that these data are not updated because, they say, are based on information previously gathered.

However, “the trials carried out by AstraZeneca have been monitored by US agencies from the beginning, so I doubt that there is much that is not known”, said Ildefonso Hernández, spokesperson for the Spanish Public Health Society.

New vaccines on the way

The controversy over the Oxford/AstraZeneca vaccine comes when the EMA is considering the approval of three other patents: the German CureVac, the US Novavax, and the Russian Sputnik V.

“There are also investigations to prepare modifications to some of the existing vaccines, so that they can cope with the new variants of the virus that are spreading around the world”, explains Pablo de Felipe, an expert in biotechnological medicines at the Spanish Agency of Medicines and Medical Devices and the EMA, and coordinator of the Science and Faith Centre.

According to De Felipe, “it is foreseeable that these modifications to existing vaccines will be used this year to reinforce protection against the virus”.

Furthermore, “there are researchers interested in exploring vaccines that could face several viral variants, perhaps by directing the human immune system to fight not only the most external proteins of the virus, which evolve faster, but also other internal viral proteins that accumulate fewer mutations”, he adds. 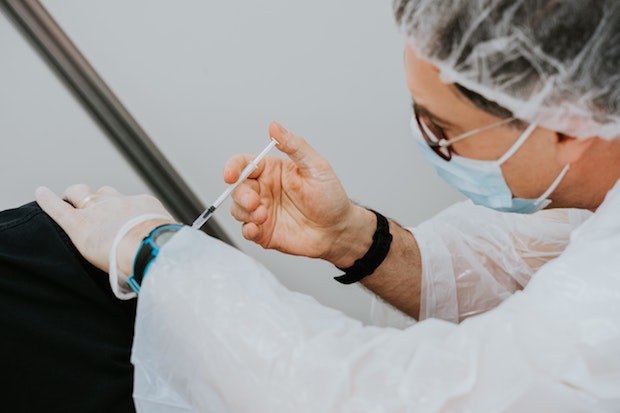 The scientific community calls for calm and confidence in the pharmacovigilance system. / Mat Napo, Unsplash CC

Daniel Fernández, an evangelical Christians who is a researcher at the Spanish National Biotechnology Centre, says: “The main goal now is to continue researching to develop vaccines that not only prevent the disease but also prevent infection by the virus and its spread”.

In Spain, there are several vaccine research projects that have not yet reached the human clinical trial phase, a prerequisite for their release onto the market.

“The most advanced vaccine, that of Dr Mariano Esteban, is currently undergoing trials with macaques outside Spain, and it is in the process of obtaining permits to begin phase I trials in humans. The rest are still in the pre-clinical phase of testing in animal”, points out Fernández.

But some of these vaccine projects, “are precisely those that would generate immunity against several proteins of the virus at the same time”, underlines De Felipe.

The 'Phase IV' or pharmacovigilance

Given the controversy surrounding the Oxford/AstraZeneca vaccine, the scientific community is calling for the so-called 'Phase IV', or pharmacovigilance, which monitors the impact and evolution of vaccines once they are on the market and have begun to be administered to the population.

“Even though the vaccines are on the market, they are still under evaluation. The pharmacovigilance system is attentive to any event that may be related to the vaccine and evaluates whether there is a connection or not”, explains Bárbara Alonso, an evangelical biologist.

“A controversy does not seem to be a reason to withdraw a vaccine from the vaccination plans when it is something that saves lives. It would be very different if it were withdrawn because of serious side effects. I understand that caution is part of the protocol. This should give us peace because it shows that the pharmacovigilance system is working”, she adds.

De Felipe explains that “in clinical trials of any vaccine, participants are divided into groups. In the simplest model, one half receives the vaccine and the other half does not. Both groups are then followed up, so that the safety, the adverse reactions, the efficacy and the protection against the virus of the vaccine, can be investigated”.

Then, “if an adverse reaction occurs, several things have to be investigated, especially whether there is a causal connection between the vaccination and the adverse reaction”.

Fernández explains: “The margin of error is mainly due to the number of participants and the profiles that are included in the trial. If there was a very rare effect that occurs in one in a million people vaccinated, it could not be seen in a clinical trial with 100,000 participants. Or if a clinical trial does not included people with some pathologies as participants, we will also not be able to see vaccine effects in very specific circumstances. But this always happens, for these vaccines and for all other drugs that are approved”. 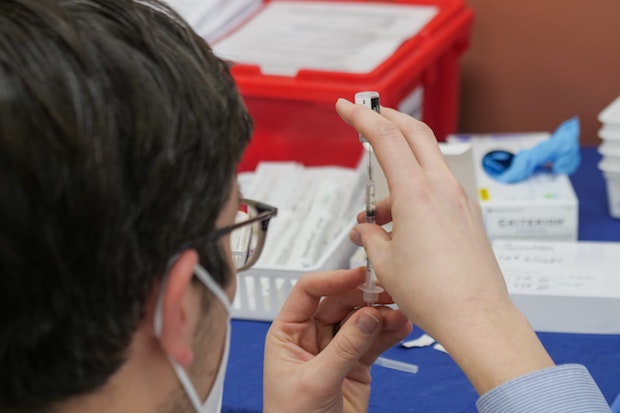 According to the platform 'Our World in data', only 6.10% of the world's population has been vaccinated as of 23 March 2021.  / Steven Cornfield, Unsplash CC

“It is important to use scientific criteria”

Given the wave of comments that have been circulating about the Oxford/AstraZeneca vaccine controversy, especially on social media, Fernández insists that "it is important to use scientific criteria to determine whether the vaccine is safe or not”.

“The key point is not how many cases of thrombi arise in people who have been vaccinated, which is what the news tell, but whether these thrombi are caused by the vaccine, or they would have occurred independently of the vaccine. If, as it seems, it is not the vaccine that is causing those effects, the media controversy and the suspension of the vaccine make no sense, and it only confuses the population”, points out the researcher of the National Centre for Biotechnology.

Towards a single vaccine?

The existence of different patents and the fact that some are more controversial than others, raises the question of whether it would not be more convenient to unify research efforts and move towards a single vaccine.

Regarding that issue, Alonso stresses that she “couldn't give a single example of a drug or vaccine where this has happened, and I don't think this case is any different”.

De Felipe agrees that “it is difficult that something like this happens with a disease that has a planetary reach. It doesn't even happen with the usual vaccines in the vaccination calendar, in which it is normal to have several vaccines from different companies for each pathogen”.

According to the expert in biotechnological medicines, “it is very likely that over time the number of vaccines will be reduced and only a few will end up being used more often". “It is good to have several alternatives and not to depend on a single product”, he adds.

Fernandez believes that multiple vaccines would also be a way to ensure that the doses reach countries with fewer resources and which are often left out of the distributions.

“We should not forget that vaccination against Covid-19 is not only necessary in Europe and other developed countries. All the vaccines that come to us are doses that do not reach less developed countries that need them just as much. Having different vaccines can also help to diversify production and reach the rest of the world's population, which could not be supplied with just one vaccine”, stresses the researcher.

“The future may be to have different vaccines targeting different sectors of the population to maximise the risk-benefit balance”, concludes Fernandez.

Published in: Evangelical Focus - science - “It is important to use scientific criteria”, say evangelical researchers on vaccine controversy