“Christians are the only ones who can confront radical Islam”

Who are Daesh? Where do they come from? Where have they gained authority among some Muslims? How should Christians respond? Radical Islam expert Jay Smith answers to these questions in a talk given at the European Leadership Forum. 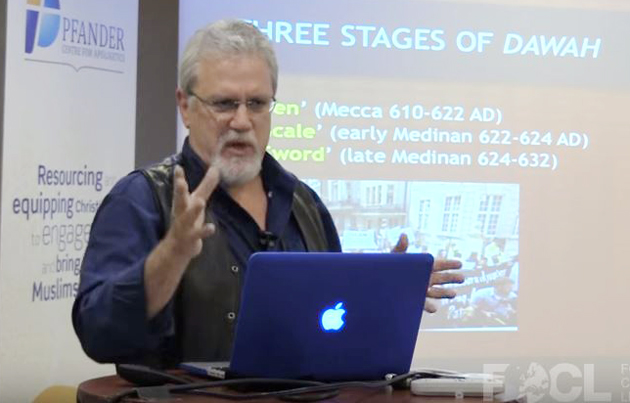 The attacks in Paris shocked the world, and left many questions about Daesh. Who is this group? Where do they come from? How did they gain authority among some Muslims? And, how should Christians respond?

The rise of Daesh in Iraq, Syria and Libya is a reality that many societies are suffering worldwide. The terrorist attacks are not the only consequence. Many young Muslim men and women have left their own countries to join the jihadists.

At the European Leadership Forum 2015 conference in Poland, Jay Smith, an expert in Muslims, and co-founder of the Pfander Centre for Apologetics (England), unpacked those questions in a talk recorded by the FOCL.

“GO TO THE SOURCE”

And it is precisely by reading the Quran, as Smith points out, that “we will realise that radical Islam has been around since the very beginning.” Although “9/11 was the first time westerns heard about radicalism, it has been there for seven hundred years.”

The speaker also explained that “the Quran has 149 violent verses”, used by radicals to justify their acts. All the public executions they have made, Smith explained, have much religious symbolism.

Jay Smith states that a although strong countries with a big military budget (like the USA) can try to fight Daesh, and well trained atheists are also good at their job, it is only Christianity that has a real and solid answer to radical Islam.

“The only ones who can really confront them are radical Christians, because we start form the same ideological paradigm. A book modelled by a man”, Smith said.

Published in: Evangelical Focus - world - “Christians are the only ones who can confront radical Islam”