Does the change of government affect religious freedom in Morocco?

After ten years of Islamist government, the liberal party will have to form a new cabinet. “We are very proud political Islam came out through elections”, Christians say.

The Islamist Justice and Development Party, in government since 2011, got only a tenth of the 125 deputies it had in the House of Representatives in the elections held in Morocco this September.

With only 13 seats, the former main political party will now take a back seat in the opposition. The winner is the liberal Aziz Akhannouch, who got 102 MPs for his National Rally of Independents.

Akhannouch has been appointed as the new head of government and has been charged by King Mohammed VI to form a new government, whit those parties that “share the same principles and values”.

For Mustafa Akalay, a renowned Moroccan academic figure, art historian and manager of cultural activities, “the polls have spoken and the people have chosen a non-confessional government”.

“In these elections, the Justice and Development party has been severely punished and abandoned by its own electoral base, disappointed by its clumsiness and its ambiguous and double-standard discourse”, stresses Akalay.

After a decade with a government controlled by moderate Islamists, who came to power in the midst of the Arab spring, many Moroccans are looking forward to this new phase.

“We are all excited by the political change. It is a new stage that is opening up in pursuit of a new economic and human development model in Morocco, designed by a commission of experts for a period of 15 years, until 2035”, explains Akalay.

Akalay believes that “a new era of reform looms and there are glimpses and good intentions of change, such as the election of women mayors in the three main cities: Rabat, Casablanca, Marrakesh”.

According to the scholar, the population has expressed its disappointment “with the chaotic management of the cities [by the government], and the incompetence of its leaders in implementing a savage neoliberal economic policy based on privatisation of strategic sectors, favouring the wealthy classes and punishing the most needy”.

“They have also limited public recruitment in primary and secondary education, by not publishing competitive public exams and introducing revocable private contracts, service provision contracts and not civil servant contracts, opening the door to the dismissal of these precarious employees”, he adds.

For Akalay, the new government must embody “the establishment of a social state by generalising social coverage, so that the most vulnerable can benefit from social protection and subsidies that preserve their dignity”.

“Without social justice there is no democracy. An improved education and health care, along with the right to have a decent work, are fundamental social rights enshrined in the 2011 Constitution that need to be addressed, legislated and implemented without delay”, underlines Akalay. 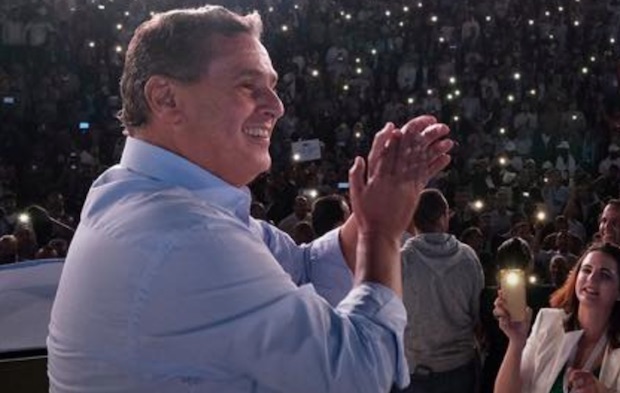 Furthermore, the President of the World Amazigh (Berber) Assembly, Rachid Raha, confirmed that the next Prime Minister has committed to the Amazigh movement to allocate a very significant sum of one billion dirhams a year (more than 95 million Euros) for the promotion and development of Amazigh language and culture.

Previously, Benkirane's government, in the name of an exclusionary and outdated pan-Arabism, had refused to recognise the Amazigh linguistic and cultural identity of the native Moroccan population, the majority of which is Berber.

Another area of society for which there are also renewed expectations after the elections is that of religious diversity.

“Religion is incompatible with politics and should not invade the public space, nor should it shape the masses, but limit itself to the private sphere”, says Akalay.

The scholar explains that “religious diversity exists in Morocco with evidence of a long-standing presence” in cities such as Tangier, where the Franciscan order has existed for eight centuries.

For religious minorities, the change in government should bring “respect for their beliefs and creeds, that is, freedom of religion and worship, which will favour efficient religious diversity and fruitful inter-religious dialogue”, he points out.

“We are very proud political Islam came out through elections”

“We thank Jesus, the Islamists are gone. God has answered our prayers and now we have the government we wanted”, Imounan, a church planter living in Agadir, told Christianity Today. “Akhannouch is a businessman. He doesn't care if you worship the sun or the moon. He won't chase you”, said another second-generation Christian.

Spanish news website Protestante Digital talked to a community of Christians in Morocco who “prefer to gather in secrecy”, and they “have no desire to request any licenses from the Moroccan government. We are always ready to sacrifice our personal interests to serve the interests of the Kingdom of Morocco”.

Nevertheless, they “are very proud because political Islam came out of the government through elections and the pools and not through coups, as happened in Egypt, Tunisia or Algeria”.

“We consider that the Kingdom of Morocco represents a unique reference in its region, and it is in the process of a peaceful transfer of power through elections and the application of the law”, concluded the Moroccan Christians.

Published in: Evangelical Focus - world - Does the change of government affect religious freedom in Morocco?