The  one-year position will have to “seek, receive, examine and act on information froml relevant stakeholders, make recommendations, support and advice to civil society”. 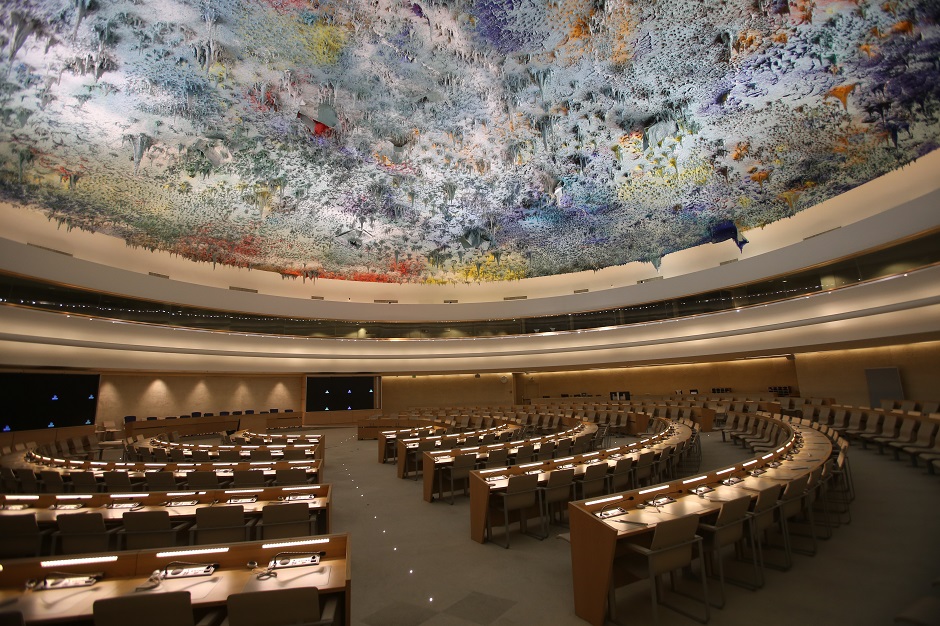 The Untied Nations Human Rights Council appointed this Thursday a Special Rapporteur to monitor the situation of human rights in Afghanistan for a period of one year.

The resolution, brought by the European Union despite opposition from China, Russia and Pakistan, passed with 28 votes in favour, 5 against and 14 abstentions.

The resolution also calls for an “immediate end to all human rights violations and abuses of international humanitarian law in Afghanistan”, and condemns discrimination against women and girls, including forced marriages, calling “for an inclusive and representative government”.

The rapporteur will “inter alia, seek, receive, examine and act on information from all relevant stakeholders pertaining to the situation of human rights in Afghanistan”.

He is also in charge of making recommendations to improve the human rights situation; assisting in fulfilling the human rights obligations arising from international treaties that Afghanistan has ratified; and offering support and advice to civil society”.

Furthermore, he will have to “present a written report to the Human Rights Council at its fifty-first session and to the General Assembly at its seventy-seventh session”.

The rapporteur is to start work in March and be supported by U.N. experts in legal analysis, forensics and women's rights, according to the EU resolution.

“This is an essential step to ensure continued monitoring, through a dedicated and independent expert, and to help prevent a further deterioration of the human rights situation in Afghanistan”, pointed out Lotte Knudsen, the EU’s ambassador to the United Nations in Geneva.

He stressed that “the rights of women and girls are of particular concern to us. The actions of the Taliban directed against women and girls and the violation of their rights is highly worrying”.

Right after the Taliban takeover, 50 organisations had unsuccessfully urged UN member states to to “establish a fact-finding mission or similar independent investigative mechanism for Afghanistan”

In recent weeks, the EU and UN rights chief Michelle Bachelet took up the cause again.

Pakistan's ambassador Khalil ur Rahman Hashmi said that his country could not support the establishment of an “unnecessarily duplicative” special rapporteur, while China's diplomat Jiang Duan said that the EU resolution had “serious defects”.

The  Human Rights Council adopted five other texts on the report of the Advisory Committee, equal participation in political and public affairs, human rights of older persons, right to privacy in the digital age, and the use of mercenaries as a means of violating human rights and impeding the exercise of the right of peoples to self-determination.

1
The terror of the Khmer Rouge
2
Pre-Millennialism, Post-Millennialism or Amillennialism?
3
Is ‘The Great Reset’ a plan of the global elites to restrict our freedoms?
4
Päivi Räsänen case in Finland leads to heated freedom of speech debate both in media and churches
5
Churches in the Middle East: “Many Christians continue to serve among the refugees”
AREOPAGO PROTESTANTE uses “COOKIES” in order to guarantee the proper functioning of our website, improve its security, obtain better efficiency and personalisation, collect statistical data and show you relevant advertising. Click “OK” to authorise its use . If you reject the use of “cookies”, AREOPAGO PROTESTANTE cannot guarantee the functionality of the website. Learn more about our COOKIES POLICY at the bottom of the page.