India: 39 incidents of violence against Christians in Karnataka state in 2021

The regional government is due to approve a controversial anti-conversion law. “Christians have reasons to apprehend an outbreak of violence against them”, says the Evangelical Fellowship of India. 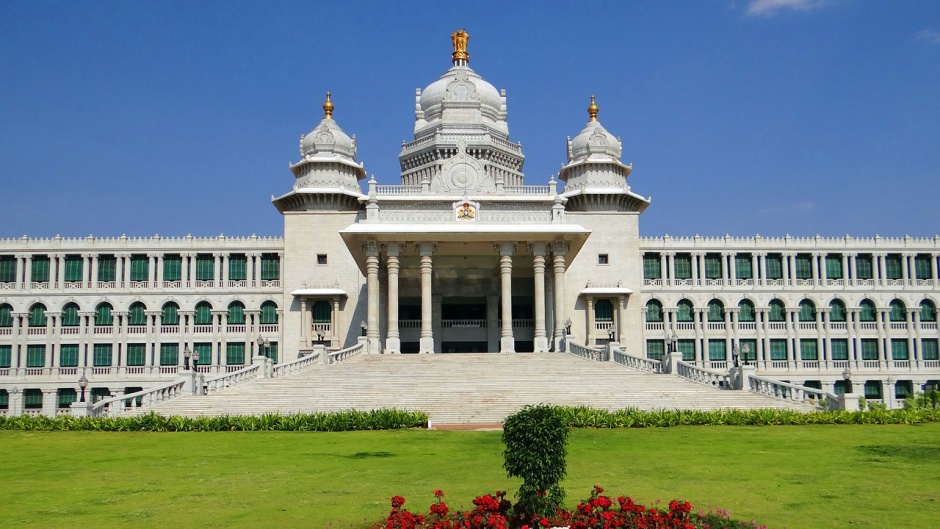 Suvarna Vidhana Soudh, the legislative building of the government of Karnataka where the anti-conversion Bill is being debated ./ Bishnu Sarangi , Pixabay, CC0 .

After the recently reported attacks against Christians in the southern Indian state of Karnataka, a fact-finding team from the Evangelical Fellowship of India (EFI) released a report with a list of 39 incidents of violence or threats against the Christian community since January 2021.

The Religious Liberty Commission of EFI visited 8 towns and cities of the region, to meet over 50 pastors and Christian leaders, including many who have experienced harassment in the recent past.

“It is clear and obvious that an atmosphere of fear and apprehension prevails in the Christian community and its grassroots religious clergy because of a systematic targeting through a vicious and malicious hate campaign”, stresses EFI.

Lack of support from government and police

The EFI, a member of the World Evangelical Alliance, also denounces that “those involved in carrying out this hate campaign and fear mongering, enjoy protection and possibly support of elements in the political and law and order apparatus on the state”.

According to the report, “the Christian community in Karnataka has a good reason to apprehend an outbreak of violence against them”, because “the escalating situation seems to be getting out of hand and there is no effective response from political and police authorities, to stem the hate campaign and threats carried out by persons and through social media”.

The EFI aims “to help safeguard peace and harmony by calling upon the State government to act immediately before any major untoward incident takes place”.

That is why they have send the report to the Governor of Karnataka, the Chief Minister, the National Commission for Minorities, to the Ministry of Home Affairs and to the office of the Prime Minister of India.

The list of incidents is not exhaustive, “as many incidents go unreported, either due to fear of retribution or a lack of cooperation from local police”, said the EFI. 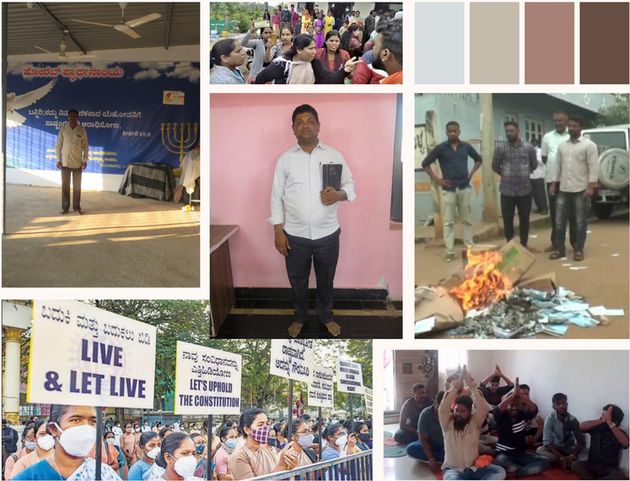 Cover of the Evangelical Fellowship India report which denounces 39 incidents of violence or threat against the Christian community in the southern Indian state of Karnataka since January 2021./ EFI.

The evangelical entity points out that “it is noteworthy that since October this year, the frequency of incidents has increased, especially after the announcement of the tabling of the anti-conversion law and the reporting of the survey on churches”.

The government of Karnataka expects to approve the anti-conversion law in the winter session of the state Legislative Assembly that is taking place from 13 to 24 December.

The sanctions proposed in the draft law include terms of up to 10 years in jail for those who are found guilty of converting others by “force”, and a denial of government benefits to those who convert from one religion to another.

Furthermore, those who decide to convert will be required to notify local officials two months before, so that officials can investigate the reasons before allowing the conversion.

According to Reverend Vijayesh Lal, General Secretary of EFI, the pattern in Karnataka is similar to what happened in Uttar Pradesh before the law was introduced. “You push the community, you take them down, you level false allegations of conversion and then bring in a law which is unconstitutional”.

If it is passed, Karnataka would be the tenth Indian state to have such legislation. “The nine states that have passed anti-conversion laws have more cases of violence against Christians than the other twenty-one states combined”, warns Christian organisation Open Doors.

In addition to the anti-conversion draft law, the report denounces that “a proposal by the Karnataka state government to conduct a survey of churches and Bible societies, both official and unofficial, to prevent alleged religious conversions, came up in the first half of the month of October”.

Although on 28 October “the state government put a hold on this survey, the Karnataka government ordered the Department of Minorities Welfare to provide information about people who has converted to another religion in the past 25 years”.

The EFI also underlines that “local media have also reported that on 16th October, Karnataka’s Intelligence Department issued an order to top police and intelligence officials to gather information about authorised and unauthorised churches in Karnataka”.

“All this has empowered non-state actors to target Christians who are a minuscule minority in the state (1.87%), even less than the national average of 2.3%”, states the report.

Pastors in the region have stopped holding weekend prayer meetings in rented halls or private homes, in order to avoid confrontations with radical Hindutva extremists.

The Evangelical Fellowship India (EFI) represents millions of Evangelical Christians in India, with over 65,000 member churches and institutions.

Read the full report published by the EFI on December 2021.

Published in: Evangelical Focus - world - India: 39 incidents of violence against Christians in Karnataka state in 2021