At least 25 Coptic Christian killed in a bus attack

Between eight and ten gunmen attack a bus carrying Coptic Christian to a monastery in Minya. Egyptian Christians have been violently persecuted in the last months. 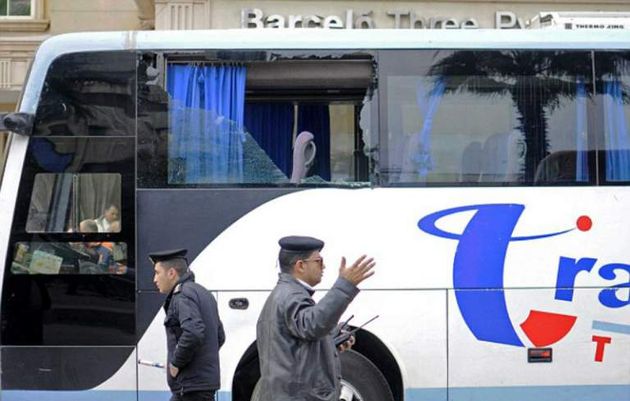 A Christian official in Minya, Ibram Samir, told the New York Times that children had been had been on the bus and were among the dead.

Minya governor Essam al-Bedawi said security forces had arrived at the scene and were fanning out along the road to the monastery and setting up checkpoints.

TRAVELLING TO THE MONASTERY TO PRAY

The bus was heading towards the Monastery of St Samuel the Confessor in Minya province, about 220km (140 miles) south Cairo to pray, when it came under fire.

Their bus was in a small convoy that was stopped by between eight and 10 masked gunmen wearing military uniforms, officials cited witnesses as saying. The gunmen then fired at the bus with automatic weapons before fleeing in three 4x4 vehicles.

No group immediately claimed responsibility for the attack, which came on the eve of the Muslim holy month of Ramadan.

Daesh militants have targeted Copts several times in recent months, the last one, two suicide bombings at churches in the northern cities of Alexandria and Tanta on 9 April , which left 46 people dead.

Last month's attacks prompted President Abdul Fattah al-Sisi to declare a three-month nationwide state of emergency and promise to do whatever was necessary to confront jihadists.

Christians are being violently persecuted in several regions of Egypt. Copts have asked the government to better protect them, in the midst of the rise of violent Islamic extremism.

“INCREASED DETERMINATION TO LOVE AND FORGIVE”

After the terrorist attack targeting worshippers in the Copt Cathedral in Cairo killed 25 people in December, Christians expressed an “increased determination to love and to forgive.”

All those attacks had united the majority – including most Muslims - in their clear condemnation of violence, the Secretary General of the Egyptian Bible Society, Ramez Attallah, then told Evangelical Focus.

Copts make up about 10% of Egypt's population of 92 million.