More than 300 participated in the first conference on Christian persecution held in Budapest. 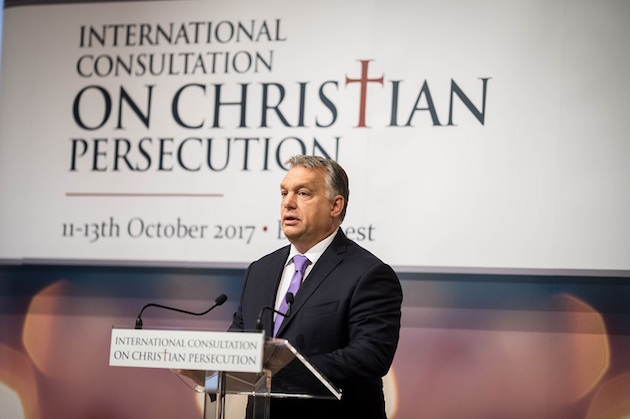 Viktor Orban during his talk at the conference / Gergely Botár, kormany.hu

The Hungarian Prime Minister, Viktor Orbán, has participated in the first conference on Christian persecution that his government hosted in the Hungarian capital, Budapest.

He pledged to support Middle Eastern Christians, under threat of being wiped out from the area where Christianity started, to stay in the lands of their birth.

The Conference took place on October 11-13, and brought together church leaders from the Middle East, Europe and the US, together with NGO activists and parliamentarians from places such as Canada and Sweden.

“HUNGARY WAS THE FIRST TO ADDRESS THE PERSECUTION OF CHRISTIANS”

In his speech, Orbán pointed out that his country knows persecution well, because they experienced it during the Soviet Union era, and that is why his government “has been the first, and so far the only, government to specifically address the persecution of Christians around the world”.

According to Orbán, “we’ll do what the local community leaders think we should do, which is to give help to returnees to go back to their ancestral homes”.

Among other initiatives, the Hungarian government has co-financed the building of a school in Erbil (Iraq), and has set up a new Deputy State Secretariat “for the Aid of Persecuted Christians”: to “support Christians facing violence and oppression around the world”. It has secured three million Euros for this goal. 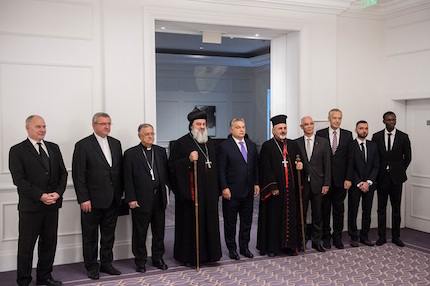 “It is a fact that Christianity is the most persecuted religion in the world today. In view of the fact that 215 million Christians in 108 countries currently suffer from various forms of persecution, four out of every five people who are oppressed because of their faith are Christians, and in 2015 in Iraq, a Christian was murdered every five minutes because of their religious beliefs”, he told the audience.

The number of Christians in Iraq has dropped from 1.5 million before the Allied invasion of Iraq in 2003 to about 250,000 today. In Syria, the numbers are harder to estimate, but it is estimated that 50% of the Christian population have fled the country.

The 350 participants of the conference said they aimed to “find the appropriate answers to a long neglected crisis”.

They focused on giving solutions to what the EU Parliament declared in spring 2016 as “genocide” of Christians and Yazidis in the Middle East, and on “how the international community needs to act to prevent these ancient faiths from being consigned to the museum of history”.

One of the strong men in Viktor Orban's government is Zoltan Balog. The minister of human resources who is in charge of the Secretary of State that defends persecuted Christians is also a Protestant pastor.

“It is determined to co-ordinate at a higher level the humanitarian aid provided to Christian communities at risk and raise the awareness of the wider European audience by means of analysis and central documentation of the phenomenon of the persecution of Christians”.