The presidential vote has been postponed one week, to February 23. Analysts say the Nigerian political future belongs to the ethnic group of the Fulani Muslims. 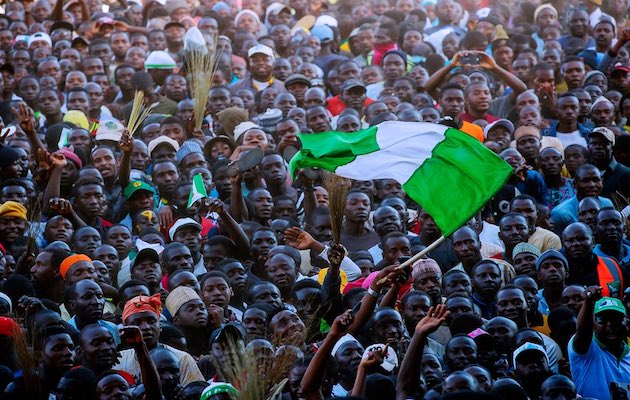 Nearly 85 million Nigerians were called to the polls on Saturday February 16, but just hours before polling stations were to open, the Independent National Electoral Commission (INEC) postponed the balloting.

INEC’s chairman, Mahmood Yakubu, announced that presidential elections were to be held on February 23, one week later. He also said that gubernatorial and state legislative votes would be rescheduled from March 2 to 9.

Two will be the key social groups who will define the elections ahead: Muslims and septuagenarians.

The two main candidates are of Fulani origin and both are over seventy years of age.

One is the current President, Muhammadu Buhari, candidate of the All Progressives Congress Party (APC). He not only ruled Nigeria for the last four years but was also in power between 1983 and 1985 after a military coup.

The other candidate with optinos is Atiku Abubakar, of the People's Democratic Party (PDP). He was Vice President of Olusegun Obasanjo between 1999 and 2007 and is the only man with options against the current President.

The other more than seventy candidates have no real chances against the two main political parties of Nigeria.

A COUNTRY OF CONTRASTS

Nigeria is Africa's most populated country, with nearly 200 million people.

It is also the continent's largest oil producer and the seventh largest exporter of oil worldwide, according to the Observatory of Economic Complexity.

In contrast, Nigeria is also one of the poorest countries of the world - more than 86 million people live below poverty line.

Violence is the main political challenge. Throughout the history of democracy in Nigeria, voting has repeatedly been surrounded by deaths. More than 50 people lost their lives during the last general elections, in 2015.

Now, not only the authorities expect hostilities, but there have already been different attacks, such as the one that took place last Wednesday, when Boko Haram attacked the entourage of the governor of Borno State, Kashim Shettima, and at least four people died.

14 other people died crushed by a human avalanche at the end of a rally of President Buhari.

Violent outbreaks continue in the north of the country, where Boko Haram mainly operates, and the south, with the armed conflict of the Niger Delta and groups such as the Niger Delta Avengers (NDA) - which, according to some agencies, have threatened to attack if Buhari is re-elected.

“WHOEVER WINS THE ELECTION, THE FULANIS WILL STILL HAVE THE POWER”

According to Bright Chux Onyekaba, member of the International Church of Christ in Nigeria, “violence is sporadic, it happens when people least expect it, but the issues remain” .

“This election should contribute to peace, but whoever wins the election, the Fulanis will still have the power”, he told Protestante Digital. 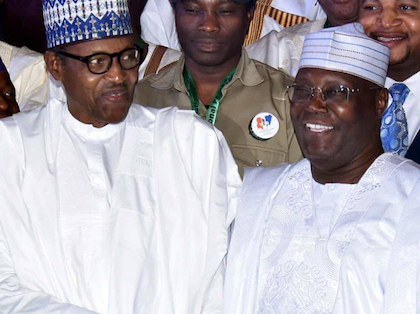 Despite signing a second peace agreement for the elections this February, pledging to respect the results of the vote, both Buhari and Abubakar, who was absent in the first agreement with the rest of the candidates, have not managed to secure a peaceful political campaign.

“The election-related violence in states such as Kano, Kwara, Kogi, Rivers, Taraba and Bayelsa is deeply troubling and, if not urgently addressed, will undermine respect for human rights throughout the election period”, said the director. of Amnesty International in Nigeria, Osai Ojigho.

The entity has publicly asked the authorities of the country to “protect people from violence and ensure full respect for freedom of expression, peaceful assembly and association before, during and after the country’s upcoming general election”.

According to Joshua Project, 51% of the population is Christian, of which 26% are evangelical, while 43% declare themselves Muslim.

However, the violent clashes - especially in the Northern regions - and the political project of Boko Haram to establish a Sunni Islamic State in the country, have led to the displacement of hundreds of thousands of people, including many Christians.

“The country needs to divide, our unity as a country is our weakness”, Onyekaba says.

When asked what the Christian population expects from this elections, he replies: “Nothing, like we do every election”.

Among the rest of the candidates that share the tiny part of the electoral quota that neither Buhari nor Abubakar can reach, there is Obiageli Ezekwesili.

She was Minister of Solid Minerals between 2005 and 2006, and of Education between 2006 and 2007, both positions under the Presidency of Obasanjo.

Ezekwesili, a Christian pastor of the Redeemed Christian Church of God (RCCG), was internationally recognised for leading the 'Bring Back Our Girls' campaign, calling for the release of the nearly 300 girls Boko Haram kidnapped in April 2014.

Although she announced in January that she was leaving the electoral race, Ezekwesili will be the candidate for the Allied Congress Party of Nigeria (ACPN). The electoral commission forced her to continue because they already printed all the material for the voting.

“I AM HERE TO CHANGE THE DIRTY NIGERIAN POLITICS”

“I am here to change the dirty Nigerian politics”, she said in an interview with the Nigerian newspaper Premium Times.

“You have citizens saying we are going to choose the lesser of the two evils [...] that happened in 2015: of the 67 million people who registered to vote, only 28 million voted. We are going on that path again this 2019. Those of you who know me well, know I detest politics but what I detest more is the in-actions of our political class. So, that which I detest more forced me to do that which I detest less”, Ezekwesili explained.

However, Onyekaba thinks Nigerians “are not ready for a woman President”.

Onyekaba points out that “both main candidates are Fulani Muslims, but their Vice Presidents are Christian. The APC is mainly ran by Muslims, so that I feel PDP is better for Christians”.