Algerian Christians resist despite the fluctuations of the regime

Churches pray that the tensions caused by the postponement of the presidential election will result in a peaceful political transition. 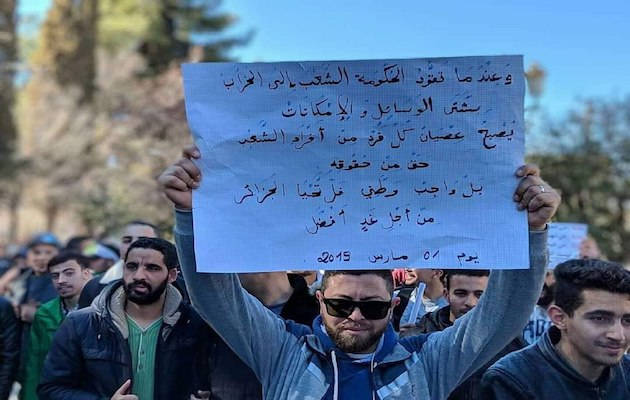 Many Algerian yooung people participated in demostrations against Bouteflika this year . / Wikimedia Commons

After twenty years as President of Algeria, Abdelaziz Bouteflika wanted to run again for the presidential election scheduled for April 18 - hoping to win what a fifth term.

But his decision caused weekly demonstrations for several months now. The protests intensified in February, following a new hospitalisation of Bouteflika in Geneva (Switzerland).

Now the President has rennounced to a new candidacy in a letter, but has also postponed the elections. “Critics call him the ghost President, and question who is really governing the country”, a report from Christian organisation Open Doors says.

Despite his weak health and age, Bouteflika continues to be popular in Algeria “for its role in the end of the Civil War (1991-2002), in granting amnesty to former Islamist fighters”.

After ascending to the presidency in 1999, Bouteflika won a range of electoral processes easily, under the protection of the National Liberation Front, the party in power since the independence of the country, in 1962.

After the cancellation of the elections and the resignation of the Prime Minister, Ahmed Ouyahia, the President has promised a transition process, in which a national conference will be held, to write a new Constitution before the end of the year.

Only from then on, Bouteflika will be willing to talk about a new government and a person to substitute him.

According to Open Doors, there are between 30,000 and 35,000 Protestant Christians “of first generation of Muslim origin” in Algeria, in addition to Catholics, who are mainly foreigners.

The majority of Protestants are members of churches belonging to the Protestant Church of Algeria (EPA in French).

However, “according to sources in the country, the number of secret or isolated believers could be between another 30,000 and 35,000 people”, the Open Doors report says.

Both internal voices and external entities have denounced an intensification of the persecution against religious minorities in Algeria since 2006, when the government passed a law to regulate the codes and practices of any religious groups, except for Islam, which is the official religion of the state, as Article 2 of the Constitution says.

“We hope that the 2006 law will be repealed after the elections”, said a Christian quoted in the report. In this year's World Watch List, Algeria is ranked 22, while in the previous edition it appeared in 42nd.

In recent years, the church in Algeria has faced the closure of premises and the interrogation of pastors and the detention of members. “We have seen how the pressure has grown in recent years. There are still closed churches in the region of Kabylia”, the Open Doors source added. 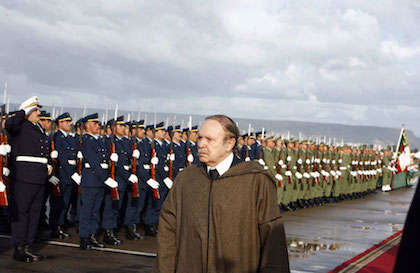 Another source said: “We have had this government since 1962, and they are willing to do anything to remain in power”.

“I think Christians fear a possible reaction from the government. So far they have suffered a lot of persecution and I am sure they are scared. But there are also others who have the courage to stand up and declare their faith in Christ”.

“Since the beginning of the year, all the churches have begun to pray and fast for the elections”, the report says.

“The church encourages Christians to pray for a change in all spheres of life: politics, economics, public administration, justice and education. We hope that the Lord intervenes in our country”, it explains.

However, Christians in Algeria know that the result of the elections is “unpredictable”.

Algeria has a long Socialist and Communist tradition that is fragmented in various parties today, in addition to a strong Islamist representation, with broad popular support.

The elections are also seen as a platform for changing legal status for Protestants in Algeria.

Although article 42 of the Constitution says that “freedom of conscience and opinion is inviolable”, the 2006 law requires, in its Article 5, the prior approval by the authorities of the buildings where worship services are celebrated. The law also prohibits any type of evnt that takes place in spaces that do not have that permission.

Additionally, it punishes evangelisation, any activity that tries to persuade Muslims to change their religion.

At the end of December 2018, four Christians were accused of proselytising and sentenced to between two and five years in prison, and to fines ranging from half a million to one million dinars (4,350 to 8,700 dollars).

Since 2012, the Protestant Church of Algeria is no longer recognised as a religious entity by the Algerian Administration, after losing and recovering its legal status several times since its foundation in 1972.

The entity includes churches in 46 municipalities across the country, “especially in the northern region”, according to Open Doors.

Published in: Evangelical Focus - world - Algerian Christians resist despite the fluctuations of the regime