“Pray for a real change”, say Christians in Sudan

Former President Omar al-Bashir has been jailed and the military and opposition parties have reached an agreement for a transition period which should culminate in democratic elections. 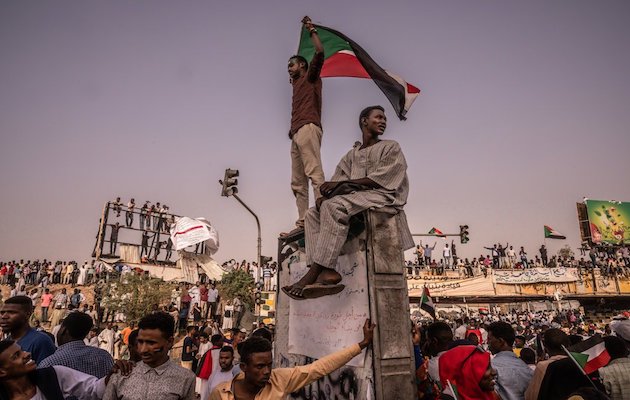 A protester flies a flag of Sudan in Khartoum. / Twitter @Malmakiyat, Bryan Denton

“It is spring in Sudan” is the title of a recent article of French magazine Le Monde Diplomatique which analysed the political revolution the country is going through since April, when the leadership of the army jailed President Omar al-Bashir, and took control of the government.

Al-Bashir had been in power for 29 years and is accused by the International Penal Court of genocide during the Darfur conflict.

The allusion to the Arab Spring (the revolts in several Northern African and Middle East countries between 2010 and 2013) does not overlook the fact that there are peculiarities which make every change of regime process different. “The main strength of the Sudanese revolutionaries is their great influence over the soldiers and the officials, some of which even used their weapons to defend the demonstrators (…) This factor will determine the fate of the Sudanese revolution”, writes author Gilbert Achcar.

The plans of the army were to lead the country for three years and then celebrate elections, but finally an agreement was reached to open this transition government to members of the opposition’s Alliance for Freedom and Change. This came after the clashes between the military and demonstrators in Khartoum, which caused between 70 and 130 deaths in the beginning of June. 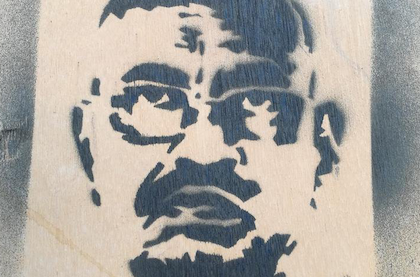 The members of the new Sovereign Council agreed to have a three-year-long co-presidency, with a general leading the first stage and a civil representative heading the final months. After this period, democratic elections should be held.

International mediation has supported the process in the last weeks, especially the African Union has been involved.

BETWEEN HOPE AND SCEPTICISM

In 2018, Sudan experienced a steep fall of its GDP, according to data of the World Bank, going from 123,000 million dollars to less than 41,000. In addition, the latest Transparency International Index places the country among the most corrupt states, an atmosphere wich does not protected religious minorities at all.

“The situation is complicated but we expect that the conditions will get better in the coming days”, says a spokesperson of the Evangelical Church of Khartoum. Representatives of the Lutheran Evangelical Church of Khartoum (formed largely by Eritreans) add that some changes are already becoming visible: “The situation is now better with the opening of the internet and the streets”.

Both Christian communities have responded to questions of Protestante Digital despite being in one of the most hostile contexts for Christianity in the world – Sudan was placed on the sixth place in the 2019 World Watch List of Open Doors. 89% of the 42 million population is Muslim. 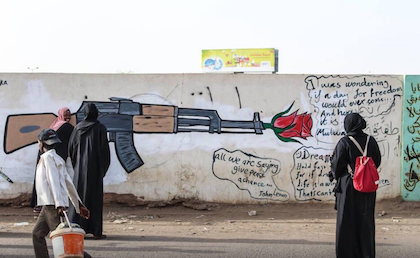 The two congregations agree in the fact that “Christians have joined the demonstrations”. “Some Christians were in the streets with the people, others supported with materials (water, sugar, clothes...), and churches organized prayer meetings every week”, the Evangelical Church Khartoum representative says.

The Lutheran community in the Sudanese capital city adds that “there are not many Christians” in the country and that many churches are formed by people “from other nations, like Eritrea, Ethiopia and other African countries”.

WILL THE COUNTRY CHANGE?

The conversation about the changes in the short –term is open.

The source from the Lutheran Evangelical Church of Khartoum believes “the regime will keep going” because the new leaders are close to al-Bashir. “It is obvious that the military will continue holding the State”.

But representatives of the Evangelical Church Khartoum have a different perspective. They hope the planned three years of transition will bring “peace at war zones” and “the conditions will improve”. But “this will be difficult, and will take time, at least one year”.

Another of the challenges for the Sovereign Council will be the situation of the economy, in a country that in 2017 imported twice as much as it exported – mainly vegetables, cattle, crude oil, and gold.

“Keep praying for Sudan”, the Evangelical Church of Sudan asks Christians in Europe. “Pray for real peace and change in the people”.