Decade of tears and blood: 10 years of Boko Haram terrorism in Nigeria 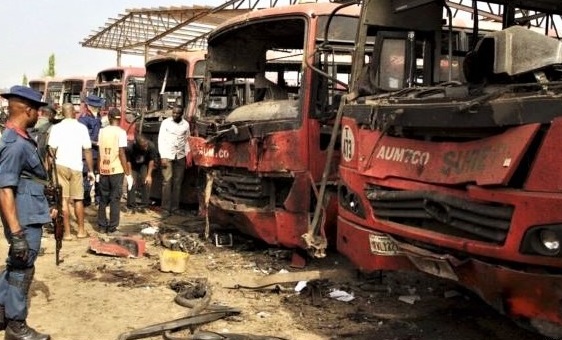 A decade after Boko Haram began a bloody campaign to impose sharia (Islamic law) on all of Nigeria, Christian leaders say some areas are still under the control of the terrorists.

The Rev. Mohammed Abubakar Naga, chairman of the Borno state chapter of the Christian Association of Nigeria (CAN), told Morning Star News that the terrorists are still active in the northeastern part of the country where the group originated and has displaced thousands of people, effectively closing many churches.

“Gwoza East, especially the hills, has been taken over by Boko Haram,” Pastor Naga said by phone. “The terrorists still attack Christian communities there. This is even with the presence of personnel of the Nigerian army in the area.”

After beginning a violent campaign to establish an Islamic caliphate in northern Nigeria 10 years ago, Boko Haram has killed an estimated 35,000 civilians, according to the United Nations Office for the Coordination of Humanitarian Affairs (OCHA). The agency said 37 aid workers lost their lives in the course of serving those displaced by the attacks.

Two of the many pastors Boko Haram killed in northeast Nigeria’s Borno state include the Rev. Faye Pama Musa, then secretary of the CAN’s Borno state chapter, slain on May 14, 2013 after the terrorists followed him from his church building to his house and shot him to death; and Pentecostal pastor George Ojih, captured in 2009 and beheaded for refusing to recant his Christian faith.

The CAN’s Naga, who has pastored Pentecostal Believers Covenant Church in Maiduguri for 35 years, said the Boko Haram uprising has been the greatest challenge to Christians in northern Nigeria. Christians were either killed or forced to flee to other parts of the country or to countries like Cameroon and Niger.

In the 2014, Boko Haram attacked congregations of prominent denominations such as the Church of Christ in Nations (COCIN), the Church of the Brethren (EYN), Church of Nigeria (Anglican Communion), Evangelical Church Winning All (ECWA), and Baptist, Lutheran, Methodist and Pentecostal churches, Pastor Naga said.

In 2002, Mohammed Yusuf, a public servant with the Borno state government and an ardent Islamic student under the tutelage of Sheik Ja’afar Mahmud Adam in Maiduguri, broke ties with the Islamic cleric and founded his sect.

Based in Maiduguri, Yusuf’s teachings included opposition to Christianity and Western democracy, which he said had their roots in the Bible and Western political philosophy. He labeled them “haram,” or forbidden.

In 2009, shortly after Yusuf beheaded Pastor Ojih as an example to others of what happens to those who refuse to convert to Islam, he and other Boko Haram members were captured and extrajudicially killed.

Abubakar Shekau took over as leader after Yusuf’s death in July 2009. Increasingly sophisticated attacks followed, and in 2015 the group aligned with the Islamic State. Its suicide bombings and other attacks have displaced an estimated 2.3 million people from their homes, and in 2015 the Global Terrorism Index ranked it the deadliest terror group in the world.

Nigeria’s military has retaken most of the 20,000 square miles that Boko Haram had seized in Borno state, but the group continues to carry out kidnappings and guerrilla attacks. In April 2014 the group abducted 276 students from the Government Secondary Girls School in Chibok, Borno state, and on Feb. 19, 2018 kidnapped more than 100 high school girls in Dapchi, Yobe state.

About 100 of the 276 girls kidnapped from Chibok are still missing. Nearly all of the Dapchi girls were released on March 21, 2018 after the government negotiated their freedom, but Boko Haram retained Leah Sharibu, now 16, because she refused to renounce Christ.