IFES in Kenya held a memorial service for twenty-two students of the Garissa Christian Union. Most were attending a prayer meeting on Campus the day of the attack. 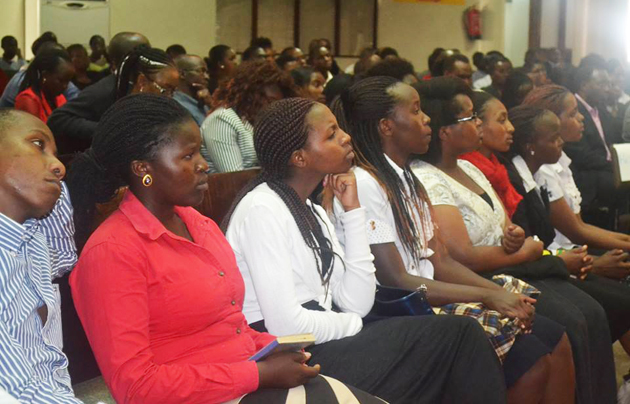 The evangelical association of university students FOCUS Kenya held on Thursday a memorial service to “remember the lives of innocent students” who died during the terrorist attack at Garissa University College. Twenty-two of them were part of this Christian student association.

“The service [9th April] was attended by some students who survived the attack –the organization reported- accompanied by two staff from the university, key Church leaders, FOCUS Associates, staff, relatives, friends, and students from other universities.”

Two students shared stories of how they miraculously escaped from the deadly attack. Duncan Obwamu, a Christian Union member at Garissa university said the gunmen burst into the room where the group was holding morning prayers and began shooting at students, killing many of them on the spot. He survived algonside more than 20 other students.

The students ministry has been very involved trying to support the victims. Las week, they informed on their Facebok page that the “FOCUS Center hosts at least 20 relatives of the victims whose bodies are yet to be identified. Pray that this agony of identifying bodies or finding the status of loved one becomes short-lived.” 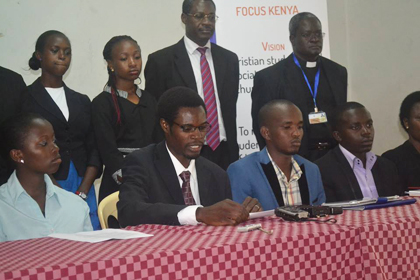 On the same day of the memorial students and staff held a press conference, in which national director George Ogalo reminded the press: “We continue to pray for the students' recovery from the traumatic experiences they went through”.

“THEY ARE RESTING PEACEFULLY WITH THEIR MAKER”

In an article published by IFES (International Fellowship of Evangelical Students, the worldwide federation of Christian Unions), Ogalo added: “In the midst of this appearance of darkness, the light of the Lord shines as we get to hear bits of accounts of survival. Even more, the joy of knowing that the Christian students are not lost, but are resting peacefully with their maker whom they loved so much, some of whom had gone to seek his face in the prayer meeting on that tragic day.”

Lucas Owako, Students Ministry Director for FOCUS, explained: “I am with Rose [a student which survived the attack] at Chiromo mortuary, going through the lists to know who lived and who died: at least five Executive Committee members and several other leaders and members are gone.

“The only consolation is that because many of these students knew and loved Jesus, they rest tonight from their hard labour in our cruel world. They are not lost. They have gone to be with the one they loved. Not that we shall not cry. We cry, but we know better.”

MOST GARISSA STUDENTS WERE NOT MUSLIMS

Kenyans are still in shock following the attack in the north-east of the country at Garissa University College on 2 April, where Christians were singled out and killed in the deadliest attack on Kenyan soil since the US Embassy bombings of 1998. The terrorists killed 142 students and many more were wounded.

The college had about 800 students, of whom more than 500 were non-Muslims.

Around 200-250 students attended meetings of the Christian Union, which bring students together for worship, study of the Bible and leadership development.

WATCH REPORT ABOUT THE MEMORIAL ON KENYAN ‘K24TV’: