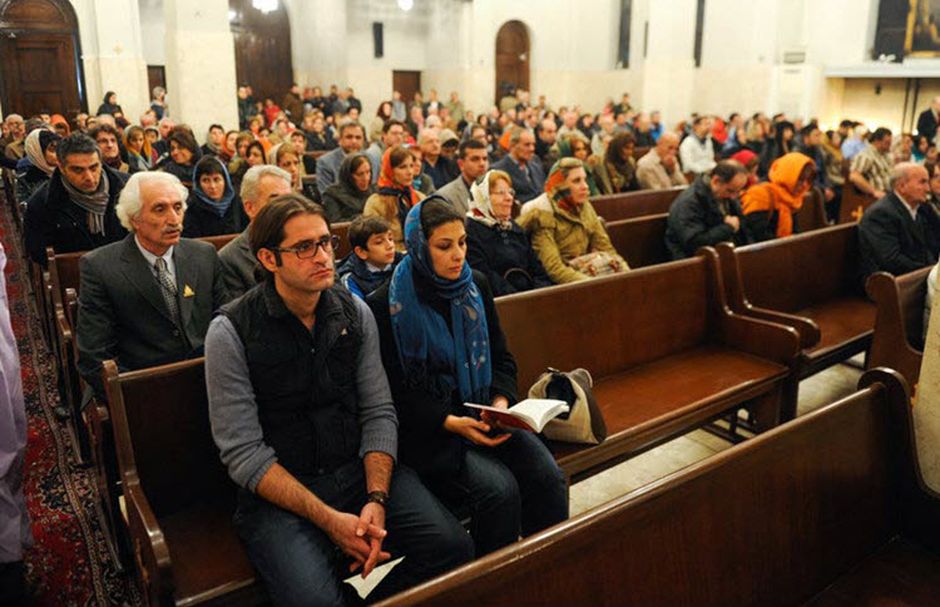 Iranian agents of the Revolutionary Guard arrested at least twelve Christians, in a coordinated operation that took place in three different cities.

The first arrest took place on 30 June, in Tehran, when ten intelligence agents raided the home of a Christian convert where there were around 30 Christians gathered.

The agents recorded the raid, separated men from women and, although they were reportedly respectful at the beginning, once they turned the cameras off, they treated the Christians harshly.

The Christians were taken to the parking lot where there were a van with blacked-out windows, as well as several cars. The agents then read a list of names written on an arrest warrant.

Six of them, an Armenian-Iranian Christian and five Christian converts, were present in the list and were handcuffed, blindfolded and taken away.

The others had their mobile phones confiscated, and the agents made them provide contact details and told them not to follow-up on the confiscation of their phones for at least 72 hours.

They then drove the six arrested Christians, as well as some who were not on the list, to their houses in Tehran and Karaj, trying to find Bibles, other Christian literature and electronic communication devices.

According to the reports of witnesses, some of the Christians were beaten, as well as some of their non-Christian family members.

Afterwards, the agents went to the homes of three Christian converts who were in the list but not present at the gathering, and arrested them.

On the same night, in the city of Malayer, Hamedan province, three Christian converts were summoned to report to the Revolutionary Guard intelligence office the next day for questioning.

They were arrested the next morning, not even being able to turn themselves in. The agents released them the next day, after paying a bail of 30 million tomans (around $1,500) each.

It is believed that, in both raids, the agents were helped by an informant, who had infiltrated the group of Christians within the past few months and gained their trust.

Seven Christians sentenced for “spreading propaganda against the state”.

Furthermore, on June 21, the Revolutionary Court in Bushehr, southern Iran sentenced seven Iranian Christian converts to prison, exile, a financial penalty, and a ban on work and social activities.

The court found them guilty of “spreading propaganda against the state”. The “evidence” brought against them was the possession of Christian books and symbols, holding home church sessions, and being in contact with Iranian evangelists abroad.