He died after more than 40 days on a hunger strike. “State Security does not allow some opponents to attend the funeral”, a friend says. 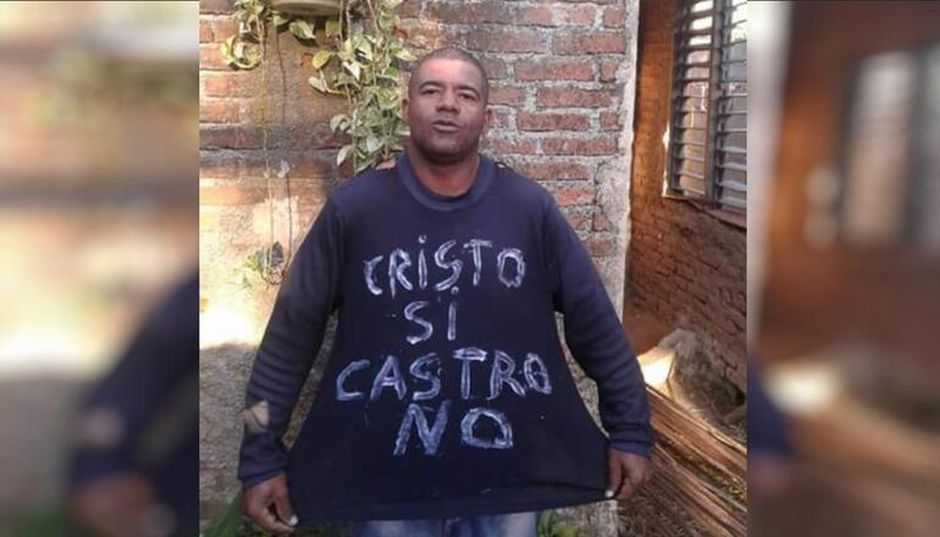 Yosvany Arostegui Armenteros died on August 7 at the Amalia Simoni hospital, in the Cuban city of Camagüey, as confirmed by members of the Patriotic Union of Cuba (UNPACU).

He was attending a Protestant church in the city before being arrested. A photo of him where he publicly shows his father in a sweater that says “Christ yes, Castro no”, is one of the most seen pictures these days in the media.

Arostegui was imprisoned by the communist regime for political reasons. He died after more than 40 days on a hunger strike.

He had already used the same method several times since he was in prison, denouncing the abuses he suffered by the prison authorities.

It is a common form of protest and complaint in Cuban prisons, although inmates usually receive treatment with serums and tube feeding when they reach an extreme state, something that did not happen in this case.

Abuses in the past

In a video published in April 2015 on the UNPACU YouTube channel, her wife, Yanetzi Prieto Acuña, denounced his situation in the Cerámica Roja prison, where he was held for more than 15 days in a punishment cell, at low temperatures and without medical assistance.

Arostegui was one of the 47 political prisoners included in the list prepared by the CANF in response to Raúl Castro, when the general stated in the press conference he gave with Barack Obama in 2016, that if they gave him a list of political prisoners the country would release them, which he did not comply with.

“State Security does not allow some opponents to attend the funeral”

Juannier Rodríguez, a Cuban oppositionist and malacologist, wrote on his Facebook wall: “Today I regret the loss of my friend Yosvany Arostegui. He was known for going to the protests with a cart full of activists. When I first met my oppositionist friends in Camagüey, I stayed at his house”.

“Now, the State Security (political police) does not allow some opponents to attend my friend's funeral. I am very, very sorry that you die like this, my dear friend”, he concluded.