US Anglicans: Bishop resigns after being sanctioned for opposing same-sex marriage

William Love “violated the discipline of the church”, a US Episcopal Church disciplinary panel ruled. “I pray God will use all of this for His purposes”, he said after stepping down.

US Episcopal Church Bishop of Albany, William Love, has announced that he will step down from office, after a disciplinary panel “found him guilty of failing to abide by the directive” that permit same-sex marriage blessings in his diocese.

Right after the directive was approved in 2018, Love sent a letter to his clergy, pointing out that “Jesus is calling the Church to follow His example, to have the courage to speak His Truth in love about homosexual behaviour, even though it isn't politically correct”.

He was investigated and had to defend his actions at a hearing held last June over the Zoom videocall platform, because of Covid-19 social distancing restrictions.

“Love's actions in issuing a Pastoral Direction to his clergy that they refrain from performing same-sex marriages violated the Discipline and Worship of the Church as Bishop Love promised in his ordinal vows”, the panel recently ruled.

The Bishop of Albany said in his talk at the 152nd Annual Convention of The Episcopal Diocese of Albany that he was “very disappointed and strongly disagree with the decision of the Hearing Panel, particularly their belief that I violated my ordination vows”.

“I have tried to be faithful and obedient to God’s Holy Word as best I understand it, as revealed through the Holy Scriptures, recognizing its authority over my life and the ministry entrusted to me”, he underlined.

Although the panel has already issued its verdict, a second meeting was scheduled for October 26th, to determine what disciplinary action should be taken against the bishop.

However, “after much thought and prayer, recognizing that whatever disciplinary action would be offered would not be anything I could in good conscience agree to, I have made the very difficult, but necessary decision to resign, effective February 1, 2021”, Love confirmed during his address to the Diocese of Albany.

“Given all that has happened, and that which was still to come, I believe that to stay any longer would be more of a detriment to the Diocese than a help”, he added.

He had already pointed out that “whatever the final outcome, it will severely impact not only me and the ministry entrusted to me as Bishop of Albany, but also the life and ministry of the Diocese”.

“I continue to pray that somehow God will use all of this for His purposes", Love concluded. 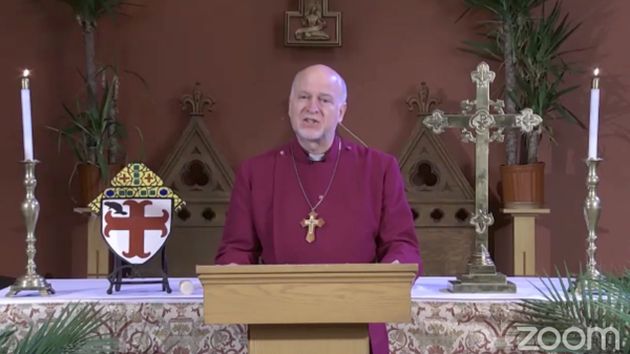 Same-sex marriage has been a hot topic within the Anglican Communion in the last years, which has created division among its members and a structural crisis that has not finished.

On September 2018, Nicholas Okoh, Primate of All Nigeria and Chairman of Gafcon (Global Anglican Future Conference) already proposed “a structural separation which acknowledges the reality of irreconcilable differences about the nature of the Bible and the gospel”.

Okoh denounced that the Anglican Communion had to create the Church of North America, because many in that region “had been outcast from the Episcopal Church of the United States simply because they refused to compromise with a false gospel”.

In Brazil, conservative Anglicans in Brazil formed the Anglican Church of Brazil in 2018. “This realignment of the Anglican Communion will undoubtedly continue”, Okoh said.

“Anglican Communion has been torn by those who preach another gospel”

Last year, Gafcon announced that a large number of Anglican leaders from Global South countries would not attend Lambeth 2020, the once in a decade gathering of the Anglican Communion.

They called a meeting of bishops of the Anglican Communion in June of 2020 in Kigali (Rwanda). “We have no interest in attempting to rival Lambeth 2020, but we do not want our bishops to be deprived of faithful fellowship while we wait for order in the Communion to be restored”, they said.

“We grieve that the fellowship in the Anglican Communion has been torn at the deepest level by those who preach another gospel and those who urge us to continue to ‘walk together’ with them”, Gafcon added.

Meanwhile, members of the United Sates Anglican Episcopal Church protested against the decision to not invite same-sex partners to Lambeth 2020. The Lambeth 2020 gathering was finally postponed to July 2022, due to the coronavirus.

Published in: Evangelical Focus - world - US Anglicans: Bishop resigns after being sanctioned for opposing same-sex marriage