Evangelical leaders lament the events and reproach the acting President for not condemning the attack. 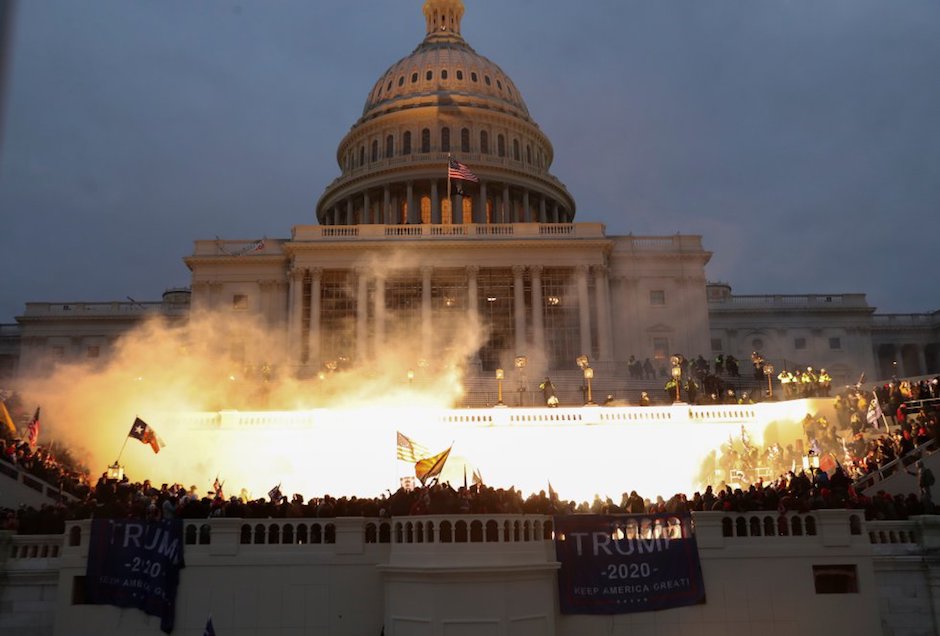 A group of supporters of the American President Donald Trump attacked the Capitol building in Washington D.C. on Wednesday during the extraordinary session of the United States Congress which ratified the victory of the Democratic candidate, Joe Biden, in the elections of 3 November.

The assault not only interrupted the process for nearly four hours, but it also ended in clashes between the law enforcement and the demonstrators.

The White House sent the National Guard troops to vacate the premises and the Washington D.C city council has decreed a state of emergency in the District of Columbia until January, 20. 14 police officers were injured and 52 people arrested.

Before the riots, incumbent President Donald Trump continued to question the legitimacy of the election results and had encouraged his supporters at a rally to “walk down to the Capitol. We are going to cheer on our brave senators and congressmen and women. You will never take back your country with weakness, you have to show strength”.

Pence:“Vesting the Vice President with unilateral authority to decide presidential contests would be antithetical”

Vice President Mike Pence, in charge of leading the session in Congress, issued an statement, expressing his disagreement with Donald Trump's proposal not to confirm Biden's victory.

According to Pence, “no Vice President in American history has ever asserted such authority The Presidency belongs to the American people, and to them alone”, Pence said.

“It is my considered judgment that my oath to support and defend the Constitution constrains me from claiming unilateral authority to determine which electoral votes should be counted and which should not”, he added.

After the attack of Trump supporters, the Vice President tweeted that “the violence and destruction taking place at the US Capitol must stop and it must stop now. Anyone involved must respect Law Enforcement officers and immediately leave the building”.

Before Twitter blocked his account, Trump wrote that Pence “didn't have the courage to do what should have been done to protect our country and our constitution, giving States a chance to certify a corrected set of facts, not the fraudulent or inaccurate ones which they were asked to previously certify. USA demands the truth!".

The leader of the Republicans in Congress, Mitch McConnell, has also condemned the riots ans stressed that “the US Senate will not be intimidated. We will not be kept out of this chamber by thugs, mobs or threats. We will not bow to lawlessness or intimidation”.

“We will certify the winner of the 2020 presidential election. Criminal behaviour will never dominate the United States Congress", he said in the speech that marked the resumption of the joint sitting of Congress.

President-Elect Joe Biden also denounced the attacks, stating that “today is a reminder, a painful one, that democracy is fragile and to preserve it requires people of good will, leaders with the courage to stand up and who are devoted, not to the pursuit of power or pursuits of their own selfish interest at any cost, but for the common good”.

“The United States and this Congress have faced threats far greater than today’s unhinged mob. They have not deterred us before and they will not deter us now. They have tried to break our democracy and they have failed”, he underlined.

After the eviction of the demonstrators, the Congress resumed the session to ratify Joe Biden's presidential election win.

Evangelical leaders lament the events and point to Trump as responsible

President Trump released a statement, tweeted by the White House Director of Social Media Dan Scavino, saying: “even though I totally disagree with the outcome of the election, and the facts bear me out, nevertheless there will be an orderly transition on January 20th”.

The fact that he has not clearly condemned the attacks has led different evangelical leaders in the United States who had condemned the events to point out President Trump as responsible.

“What we are seeing in Washington now is the refutation of our American commitment, a form of unleashed anarchy which is the enemy of ordered liberty, and President Trump is responsible now for unleashing mayhem. Pray that God will rescue is from this”, Albert Mohler, President of the Southern Baptist Evangelical Theological Seminary, who supported Trump in the past, wrote on Twitter.

What we are seeing in Washington now is the refutation of our American commitment, a form of unleashed anarchy which is the enemy of ordered liberty, and President Trump is responsible now for unleashing mayhem. Pray that God will rescue is from this.

The President of the Southern Baptist Convention, J.D. Greear, asked Trump to condemn the riots and assured that “peaceable transitions of power have marked our Republic since the beginning. It is part of honoring and submitting to God’s ordained leaders whether they were our choice or not. Praying for safety”.

Meanwhile, Tony Perkins, President of the Family Research Council, tweeted that “the violent, lawless actions at the U.S. Capitol building are wrong and dangerous for our republic. Lawlessness is not the way, and such actions makes it difficult for law-abiding Americans to fight the good fight.Pray for our Republic!”.

“President Trump, you have a moral responsibility to call on these mobs to stop this dangerous and anti-constitutional anarchy. Please do so”, asked on Twitter Rusell Moore, President of the Ethics & Religious Liberty Commission.

According to Moore, the attack “is immoral, unjust, dangerous, and inexcusable. What has happened to our country is tragic, and could have been avoided”.

Furthermore, renowned speaker Franklin Graham said he was “deeply saddened by what took place in our capital today" and called to "pray for peace and the protection of our nation”.

The NAE calls for a weekend of prayer and fasting

The US National Association of Evangelicals (NAE), a member of the World Eangelical Alliance (WEA), released an statement denouncing the violence at the U.S. Capitol as well as the nation’s longstanding vices that led to this chaos.

“Followers of Jesus are peacemakers. Some images from the protests demonstrate a disturbing conflation of Christianity and a nationalist ideology that is far from the way of Jesus. Christians are commanded to seek the peace of the cities where they live, to love their enemies, to seek unity and to proclaim a message of peace”, they pointed out.

According to the NAE, “The mob at the Capitol was provoked by leaders, including President Trump, who have employed lies and conspiracy theories for political gain. Evangelicals are people who are committed to truth and should reject untruths”.

They have called for a weekend of prayer and fasting for the healing of the nation beginning January 8. “We do not know how this tragic event will impact our nation for future generations, but we know that God calls us to come before him with our laments, confessions, pleas and praises”.

“We have been following the recent events with great concern and join our brothers and sisters in Christ in the United States in unequivocally condemning the violence”, WEA Secretary General Efraim Tendero said.

Tendero encouraged “believers around the world to express our solidarity in this time of need and join the NAE in prayer and fasting. Especially pray for the pastors and church leaders that they will have the strength and wisdom to serve at the forefront of building bridges within divided communities”.

Published in: Evangelical Focus - world - Five people die in an assault on the US Capitol by Trump supporters