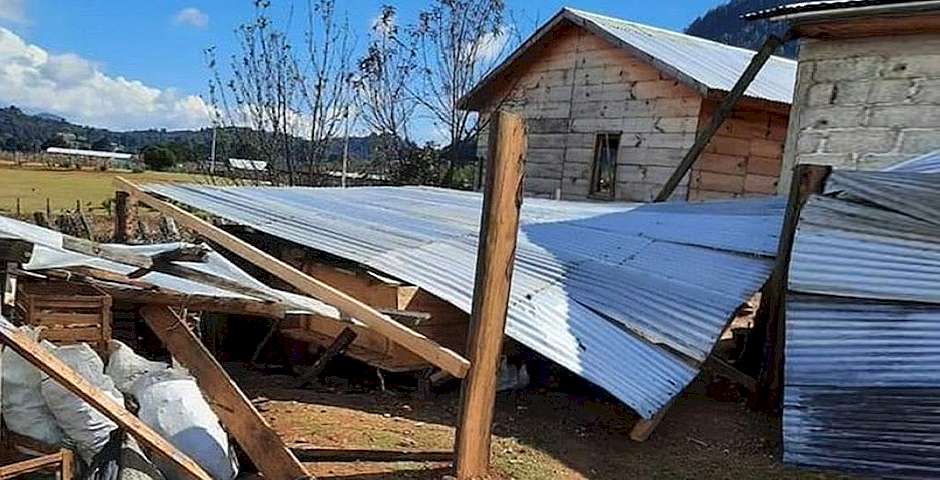 One of the houses destroyed. / Photo via El Universal.

A group of people of the ‘Tzotzil’ ethnic group destroyed five houses of evangelical families in the Mitzitón community, in the municipality of San Cristóbal, Chiapas (Mexico).

The five families, a total of 30 people, had to comply with the decision of the authorities. But days after returning to their village, three families had to leave their homes for a second time, González pointed out.

González said that in the neighbouring community of Napité, also in the municipality of San Cristóbal, traditionalist Catholics prevented evangelicals from building a church. They had returned to the community on 15 December, after being uprooted for around one year.

This is not the first religious freedom incident of this kind in the area. The most serious happened on May 2016, when traditionalist Catholics looted and partially destroyed 84 houses, the homes of 350 evangelical Tzotziles, a group that was forced to leave the Mitzitón community.

The attacks happened because the evangelical families refused to participate in activities of the Catholic festivities.

Evangelical Focus has reported about several other cases of this type of religious persecution in the Mexican region of Chiapas.