Polanski: Half a century ago Rosemary’s baby was born

What today we call Satanism is really just a form of atheism, born out of the rejection of an all-too-familiar religion. 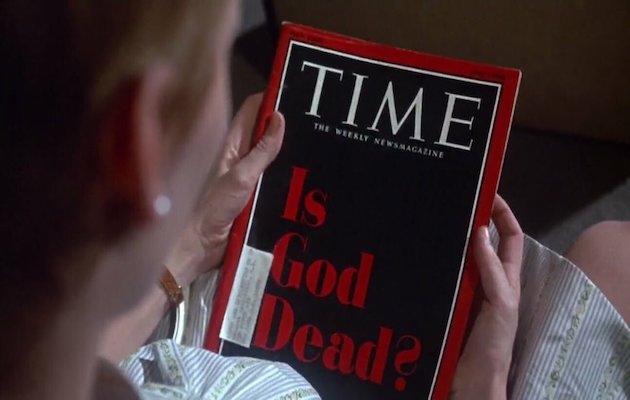 Rosemary looks at the front page of Time magazine.

It is 50 years since Roman Polanski started a vogue for Satanism with his film “Rosemary’s baby”, based on the novel by Ira Levin (1929–2007).

The Jewish author from New York wrote the book in 1967 clearly on the back of the foundation of the first church of Satan in California in 1966, even the he did not believe in the devil. The story is set at the time of the Pope’s first visit to the United States in 1965. 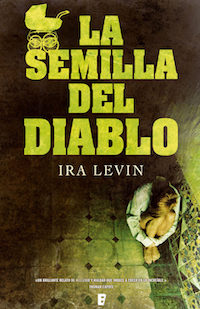 Guy and Rosemary are a young couple living in New York. Their characters are played by the independent film director John Cassavetes and the vulnerable actress Mia Farrow. At the time she was famous for a TV series called Peyton Place and for her marriage to singer Frank Sinatra, who filed for a divorce during the filming. Guy is a secondary actor who makes a living from making commercials. Although he once had a part in a play about Luther – probably John Osborne’s play of 1963 –, he has not yet managed to land a leading role. That is the point at which they move into an apartment in an old nineteenth century building.

In the novel, Bramford House is inspired by the Osborne Apartments, next to Central Park, not far from the Dakota, a building which Polanski turns into another character in the film. It just so happens that Aleister Crowley lived there for a while. He had grown up in a Brethren church in England, but went on to found modern Satanism, following his unhealthy identification with all the evil characters in the Bible. The Dakota is also the building outside which John Lennon died, murdered by Mark Chapman in 1980.

It now seems incredible that someone much money could have lived there, but in the 1960s there were laws against hiking the rent above a minimum percentage. The neighbours in the story are elderly people, who welcome Guy and Rosemary as if they were their own children. Mrs Minnie – superbly played by Ruth Gordon, who was awarded an Oscar for her part in the film – is somewhat nosey, but she and her husband Roman, seem to be nothing more than an eccentric old couple.

When they invite them over for dinner, Roman criticizes “the hypocrisy behind organised religion”. They talk about the Pope, who in 1965 visited the United States for the first time. Roman describes him as being all about “showbiz” and shows sympathy for Luther, who he saw in a play in which Guy had a secondary part. Rosemary appears to be uncomfortable at his lack of respect. We discover through one of her dreams that she went to a convent school which traumatized her.

For many film critics, this is the key to understanding whether everything that follows actually happens or is simply the result of Rosemary’s imagination. Polanski fuels this ambiguity, faithfully following the novel by Levin, who never clearly comes out to say whether he believes in the supernatural or not. Polanski has in the past suggested said that the idea of the devil could be considered to be part of Rosemary’s paranoia as a result of pregnancy or due to post-natal depression. It is therefore significant that when Rosemary is in the doctor’s waiting room she looks at the front cover of Time magazine, which in 1966 was asking whether God was dead. The film is set at a time when science seems to have substituted religion. 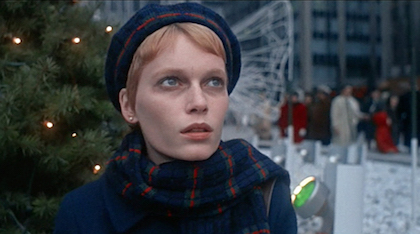 There is superstition however linked to the amulet hanging on Rosemary’s neck. It lets off an unpleasant smell, which is said to come from the root of something called “tannis”, a Greek name linked to the goddess of fertility in the form of a snake. In the story it has magic powers, which Rosemary initially believes to bring good luck, but then begins to identify with an evil influence. Our world is full of these contradictions. People say that they are not religious but they then go around wearing good luck charms.

A MATTER OF FAITH

Rosemary’s baby awoke a lot of interest in Satanism that remains alive today. This caused the author great regret. He had had no intention of encouraging a belief in Satan, as was the case of the writers behind films like The Exorcist or The Prophecy. Those stories are told from the point of view of faith, but not Levin’s novel nor the film by Polaski, who a year later suffered the death of his wife, the actress Sharon Tate, at the hands of Charles Manson’s sect, The Manson Family.

Rosemary goes from being a devoted pupil at a convent school to being a liberated modern woman, who falls in the trap of the occult. As Chesterton said, “when men choose to stop believing in God, they do not thereafter believe in nothing, they then become capable of believing in anything”. We all have to believe in something, it may be the devil or it may be the Lord, as Bob Dylan put it in his famous song of 1979, “Gotta serve somebody”. Faith is therefore not a matter of believing or not believing, but of who you believe in and what you live for, since we all believe in and live for something or someone.

The dilemma in the Bible is not between faith and incredulity, but between belief in a god or in an idol, and trust in the true and living God. Stories like Rosemary’s baby remind us that our modern cities not only contain life based on science and technology, but also on fear of the unknown. Rosemary’s baby reflects our fears and leaves us dazed and confused, in a world in which danger is close at hand.

WHO IS OUR ENEMY?

The spiritual world cannot be understood without realizing that God’s power isn’t the only thing out there; there is also a dark, evil presence, which we identify with the creature that the Bible calls Satan. Both Satan and the devils are angelical creatures created by God, which have not remained in their original state (Jude 6), but have rebelled against that God. Satan means enemy (1 Peter 5:8). It’s the ancient snake that led humanity to believe in itself and trust that it would be able to discover what was in its best interest (Genesis 3). 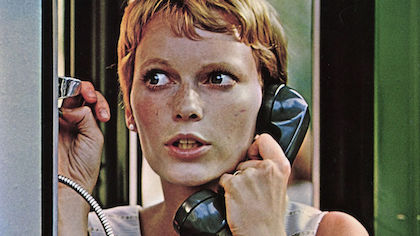 This is the crux of modern Satanism. It is not the cult of a supreme being identified with Satan, as many Christians believe. Satanism today is really a form of atheism, which is born out of the rejection of an all-too-familiar faith. It is most often a manifestation of apostasy by people who had a Christian upbringing, as is the case of the majority of atheists – compared to agnostics, who tend to be more indifferent–. Their problem is not that they don’t know about religion, but rather that they know too much.

Just like Roman Castevet, many hate religious hypocrisy. This is what Anton Lavey (1930–1997) felt, before creating the Church of Satan, at the time that this novel was written. His biographer, Burton Wolfe, says that Lavey used to play the organ in evangelistic campaigns held in big marquees, where he spotted men sitting on the benches with their wives and children that he would later see among half-naked girls at the Saturday night parties at which he also played. These kinds of experiences show religion to be incapable of saving mankind. 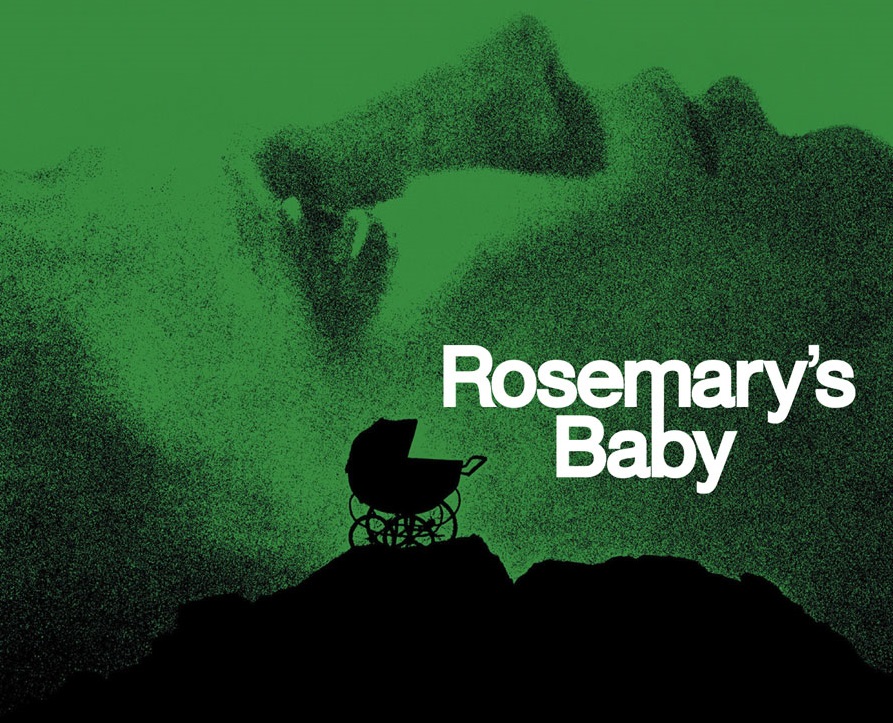 THE TRIUMPH OF THE LAMB

Man is not saved by a religion of amulets which free a person from their demons, as in an exorcism, but by trusting in what God has done for us through Jesus Christ. We don’t get spiritual freedom through any ritual, but through being united with He who gives us security through his triumph on the cross over the power of evil. Through his victory “the evil one cannot harm [us]” (1 John 5:18).

The spiritual war in the Bible is not an uncertain conflict between equal powers. The Scriptures only presents one sovereign, the one and only God, from which Satan himself must get permission before harming his servant Job (2:1–7). Opposition may be fierce, but it has no future. The devil can tempt us, pretending to hold “the kingdoms of this world”, but his dominion is a lie, because he has been judged in his pride (1 Timothy 5:6) and there is no truth in him (John 8:44). He has usurped his power and has no authority. He is an impostor.

If the Saviour reigns in our life, in his strength we can “resist the devil, and he will flee from [us]” (James 4:7). In Christ, the believer is certain of victory. Through the blood of the Lamb and the word of witness we know that the salvation, power and kingdom of God have arrived. Through the authority of Christ, our accuser has been cast down (Revelation 12:10–11). In Him we are free of all guilt and evil. Satan’s roots can no longer hold us down. In Christ we are more than conquerors (Romans 8:37), through the triumph of his love. Is that what you believe?

Published in: Evangelical Focus - Between the Lines - Polanski: Half a century ago Rosemary’s baby was born