Nobody can doubt that Little Richard’s faith was genuine. He may not seem exemplary and even contradictory, but his faith could not be more authentic. 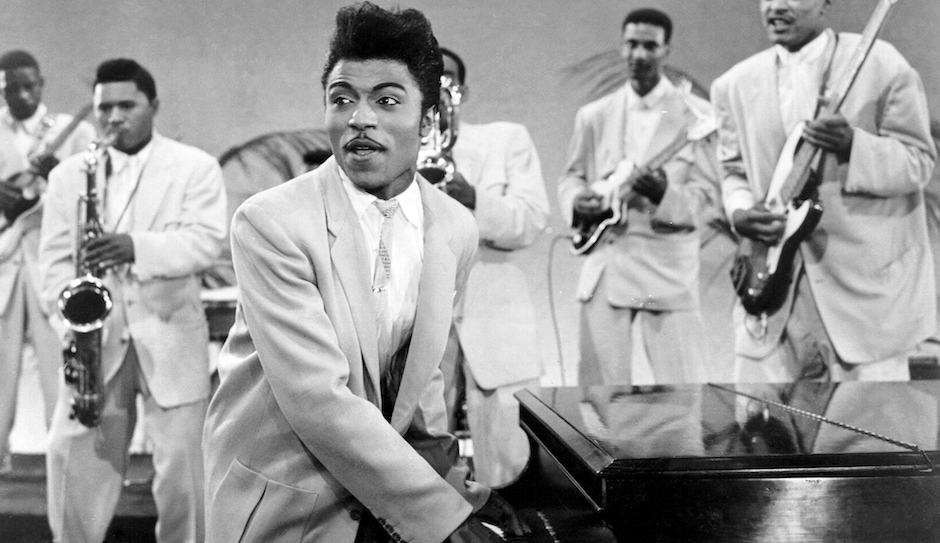 Like other pioneers of rock, Richard did not think it was possible to play rock music and still be a Christian.

Little Richard (1932-2020) went home with his Saviour on 9 May, aged 87. Raised in a Baptist church, he was a gospel singer before becoming the most savage and exuberant of the pioneers of rock music.

He had an encounter with God in 1957 after which he entered a Bible school and left his screams, wigs and makeup. He lost his way again in the 60s, going back to a life of sex and drugs. His quest for holiness would re-start in 1977.

This is how Little Richard lives a constant struggle between the Christian ministry and a crazy life. But he finally found peace in Christ in the last years of his life. 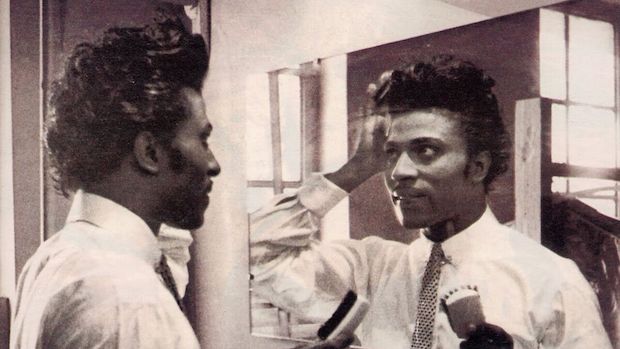 Richard did not only face his attraction for sex and drugs, but also of money and fame.

The architect of rock’n’roll with songs like Lucille or Long Tall Sally came from a poor African American family of Macon (Georgia). Richard Penniman – this was his real name – was the third of twelve siblings. His father was a builder and a deacon of the local Baptist church, but was also involved in clandestine trading of alcohol in a night club, where he was shot dead by a friend.

Richard’s father mistreated they boy because he looked too effeminate to him, and threw him out of home at 15. After the assassination of his father, Richard went back to stay with his mother, with whom he attended the New Hope Baptist Church. Alongside his grandmother, he also visited the African Episcopal Methodist Church.

Most pioneers of rock are Baptists or Pentecostals, and even Baptists, like Elvis or Little Richard, would frequent “revival” gatherings of the “holiness churches” where people would “dance in the Spirit” and speak in tongues.

That is why many historians of the history of rock music have analised the parallelisms between the concerts of these rock stars and the worship services they attended since they were kids. Sister Rosetta Tharpe was there before them, with her electric guitar. It was her who discovered Little Richard for the world of gospel music in 1947. This is the kind of music he performed until his first big hit Tutti Frutti (1955), considered by many the song that originated rock’n’roll.

Although many consider him a gay icon, reality is that describing Little Richard as homosexual is simplifying his complicated sexuality. Although the original lyrics of Tutti Frutti refer to this practice that he considered “anti-natural”, the crime for which he was arrested and sentenced that same year for “inappropriate sexual conduct”, had nothing to do with homosexuality. 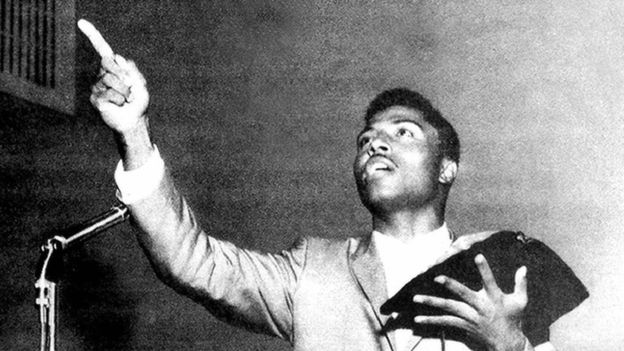 Richard had an encounter with God in 1957, and entered a Bible school after that.

He continually qualified these actions as “perversion”, never accepting them as normal. He believed that “God made men, men, and women, women”, and “you have to live as He wants you to live”. So he never justified his sin nor suggested that holiness was just a plus for Christian.

In fact, when he has that experience with God in 1957 – during his Australian tour with Gene Vincent and Eddie Cochran – and finally enters a Bible school in Oaskwood, he is expelled after having an incident of exhibitionism with a student.

Richard then meets who would be his wife in an evangelical gathering and they married in 1959. Ernestine Harvin worked as a secretary in Washington. Together they adopted a one year old boy, son of a church member that had died. The boy was so close to his father that he would end up being Richard’s bodyguard. It was him who first announced the news about the death of Richard.

Like other pioneers of rock, Little Richard did not believe that it could be possible to play that music and live as a Christian. For them, it was the music of the devil. This dilemma is what forced him to continually jump from gospel music to rock’n’roll, as if they were antithetical realities. 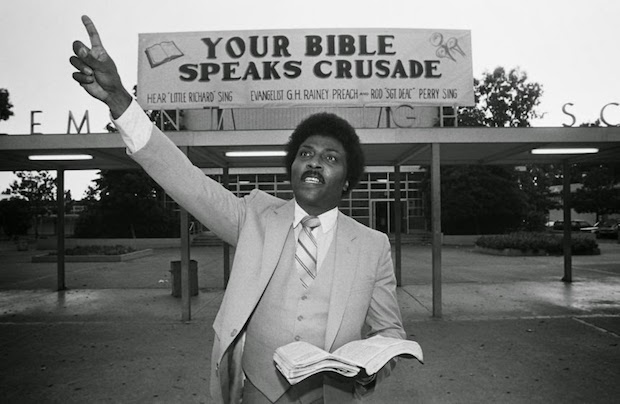 In 1977 he left the world of rock and became and evangelist, preaching about the Law of God, and condemning rock music.

When he became addict to cocaine at the beginning of the 70s, he had abandoned spiritual music, to follow the devil’s game again, he believed. In 1977 he left the stage to work as an evangelist of the Universal Church of the Remnant of God. He insisted in the necessity of the Law, and condemned rock music:

“A lot of beats today are taken from vodoo, from the vodoo drums. If you study music in rhythms, like I have, you will see this is true. I believe that kind of music is driving people from Christ. It is contagious. I think God wants people to turn from rock’n’roll to the Rock of Ages, to get ready for eternal life”.

His legalistic background, which leads him to insist on God’s Commandments, comes in part from his uncle, an Adventist pastor, but also from the Bible College he attended, which had a similar leaning. The problem is that no only sex and drugs attracted him, but also money and fame. When he first left rock, he still accepted to sometimes appear in shows of musicians that admired him, such as the Beatles or the Rolling Stones. If Elvis was the idol of Lennon, Richard was the idol of McCartney, and Mick Jagger said that his music was his biggest inspiration. It was difficult to resist such praise.

Nobody can doubt that Little Richard’s faith was genuine. He may not seem exemplary and even contradictory, but his faith could not be more authentic. But of course, it was a faith in conflict.

The question here is if this is not the apostolic experience. The New Testament always speaks of faith struggles. Those who feel sorry for Little Richard’s tormented person, should admire his courage for being able to face his own person, the honesty with which he calls things by their name and how he never made excuses for his own sin. I don’t pity him, but envy his courage, for not being afraid of always speaking about the place where salvation can be found.

When he was in the Crossroads Festival in Gijón (Spain) in 2005, he asked for the keys of a church to go pray on his own, and gave an evangelistic book to all attendants. After his last concert in Las Vegas, in 2014, he said he did not want to sing rock’n’roll again, but to be “holy like Jesus”. 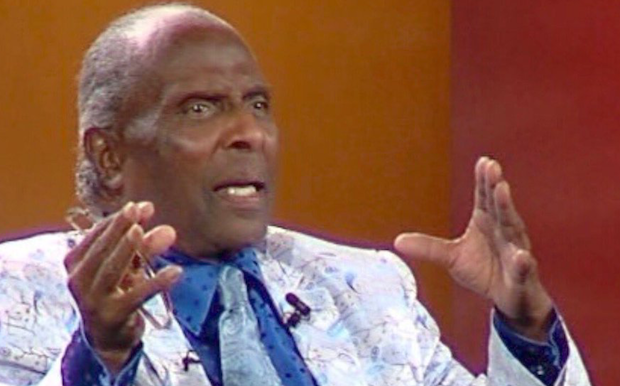 His last interview, in 2017, sitting in a wheelchair

His last interview was with a Christian broadcaster in 2017. Wearing a suit and a tie, shaved and with no makeup, he spoke about faith while sitting on his wheelchair:

“I want to be saved in Jesus. I want to do what God wants me to do. He’s a real God. He’s a real Savior. He is the Prince of Life. Regardless of whatever you are, he loves you. You just have to say, Lord, take me as I am. I’m a sinner. We all have sinned and come short of the glory of God. I’ve tried everything and I’m sure you’ve tried everything, but you ain’t tried anything until you’ve tried Jesus. He will show you the way because He is the Way. He will give you serenity and peace in this world and eternal life in the world to come. We ain’t got long before we’re going home”.

Published in: Evangelical Focus - Between the Lines - Little Richard now rests from his struggle