No way out with Sartre

All his contradictions are no more than the expression of a philosophy centred in freedom of choice – and choices may vary according to circumstances or historical moments. 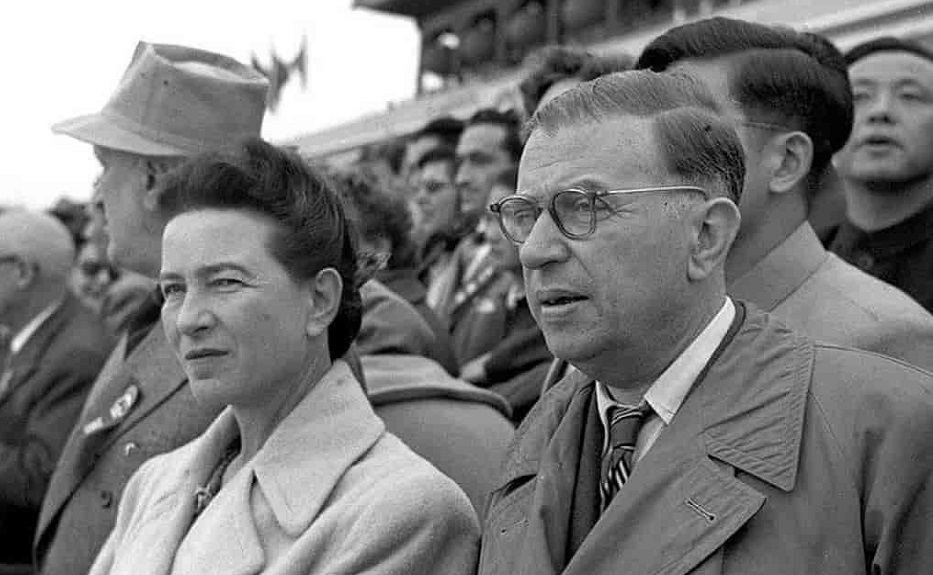 Forty years have passed since the death of the French existentialist and philosopher Jean-Paul Sartre (1905-1980).

The life of this thinker was marked by political activism, but he was also the author of novels such as Nausea and theatrical plays like Dirty Hands. The latter won him the Nobel prize for Literature in 1964, which he rejected in one of his many provocations.

A man regarded as a post war icon is nowadays much criticised and often accused of being wrong in most things. His work is, however, defiantly honest.

Sartre was the quintessential intellectual. He was a man capable of thinking about everything and knowing a great deal. There was no topic he did not want to have an opinion about. His interests included movies, jazz, women and drugs. His ideas were often contradictory and sometimes shameful.

He had studied in Berlin during the thirties but was seemingly unaware of the dangers of Nazism. His support for the Resistance did not emerge until much later during the occupation of France. He defended the USSR in the fifties whilst the union was still in the grip of the Stalinist dictatorship.

His views became even more radical following the war in Algeria. In 1968 in Paris he became a Maoist and an apologist for terrorism, be it the Black Panthers or ETA in Spain.

He defended the Palestinians as much as the Israelis during the Yom Kippur war.  If erring is a defining human characteristic, Sartre frequently demonstrated himself to be human. Ultimately though, all his contradictions are no more than the expression of a philosophy centred in freedom of choice – and choices may vary according to circumstance or historical moment.

Is that what we are?

Sartre believed that we are not determined by our past, our nature or our culture. We have the freedom to carve our future through the choices we make, whether they are successful or absurd.

In his 1944 play No Exit he affirms that “that is what you are, your life and nothing else”. In the play, two women and a man are sentenced to be locked together in an enclosed space which, while initially benign, turns into hell itself.  The three of them arrive with pretentions about their past but, after a long time without sleep, all their secrets come out.

The man presented himself as a hero of the revolution. It is revealed he actually died in a train accident as he attempted to escape from comrades he had betrayed. The women were both hiding even more sordid lives but, in the forced intimacy of that room, they can neither hide nor change anything. The play is the origin of the famous line “Hell is other people”.

The Biblical image of Hell is, though, even more terrifying. Judgement will mean that our sins will be seen, not just by others, but also by God Himself. Sartre, if nothing else, reminds us that we need hope desperately.

Who wants to admit that what we have been and not what we hope to be is the total of our life? The first epistle of the apostle Peter was a letter of hope, but not a vague human hope like ours. When we say that we hope for something what we usually really mean is that we wish for it. It is not a certain hope. But Peter writes about a sure hope that extends into the future because it is rooted in a past event.

Peter’s hope is in God’s salvation from sin and death. His hope is presented as certain because God has achieved his salvation “through the resurrection of Jesus from the dead” (1 Peter 1:3). The sequence of events changed Peter’s life. The death of Jesus on the cross meant the end of Peter’s human hope. All he knew was the bitter sadness of having denied, time and time again, someone he loved. Dawn could not bring any relief; the cockerel’s crow only brought an echo of his curse.

Hope was reborn in Peter’s heart when he saw the Lord alive again. From that moment on Peter could worship God as a “living hope”. His hope was in Jesus! Christ’s resurrection gives us hope, not only because He lives, but also because, through God’s mercy, we also live. God has given life, not just to Him, but to us also. He therefore gives us new life “for a living hope”. He adopts us through the atoning death and resurrection of His Son. In His triumph, all things are made new, starting with us.

The resurrection is the means of this new birth, not the message. Our salvation was assured when Christ was resurrected. As God gives life to Christ, He also gives life to those who are united to Christ. Therefore, Christ not only makes salvation possible, He makes it secure. Our hope is anchored in an historical event: Jesus came back to life! That hope is alive because He lives! That hope will be realised in the future because He is coming again! (1 Peter 1:5, 7, 13).

Through His grace we hope to be more than what we are now and what we have been. We will be so much more in Jesus Christ! That is real hope.

Published in: Evangelical Focus - Between the Lines - No way out with Sartre