More than 1,700 people filled their hearts with hope in Barcelona

The event gathered more than 25,000 people over two days. In a festive atmosphere, the gospel was preached, and more than 1,700 people made a decision for Christ. 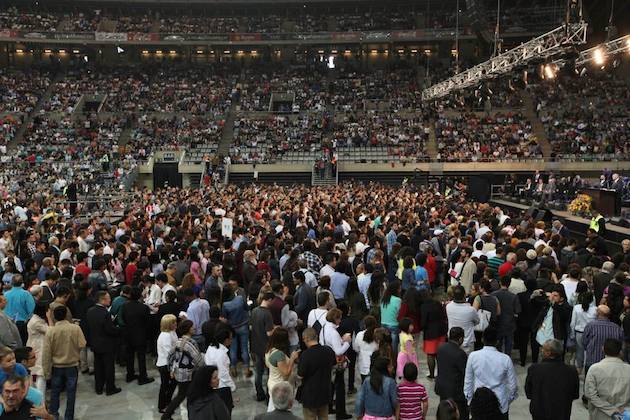 and more than 1.700 people took a decision for Christ. / Gabriela Perez

The pavilion was filled with a whisper that announced the arrival of thousands of people. The event’s organisers were finishing the last details, and security workers were in their places. At the right moment, the lights came on. The pink and yellow spotlights were in and out of the focus everywhere, and the band started to play. The “Festival de la Esperanza” (Festival of Hope) was about to start.

Throughout two intense days (May 1st and 2nd), thousands of people gathered at the Palau Sant Jordi arena to attend the multitudinous event. Organised by the Billy Graham Evangelistic Association, the Spanish Federation of Religious Entities (FEREDE in Spanish), the Evangelical Council of Catalonia, and the Spanish Evangelical Alliance, the event brought together more than 25,000 people from all over Spain. 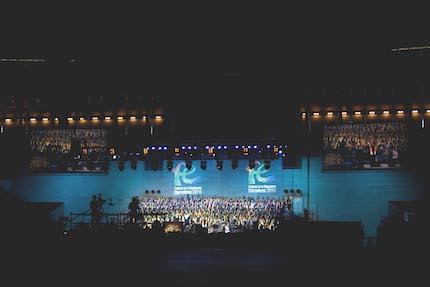 The good reception of the event was manifested by some of the attendees in the social media, after seeing many people deciding to follow Christ: “When I saw so may people going to the stadium track, so sure of making the right decision, I got goosebumps”. “There are no words to express what we are experiencing, praise God!”, were some examples of this joy.

One of the presenters of the Festival, Jose Pablo Sanchez, director of an evangelical programme on Spanish state television, shared his impressions on his Facebook account: “I could not hold back my tears while seeing the multitude giving their lives to Jesus. I do not have words to express my joy and gratitude to God for being part of this precious work”, he wrote.

A FESTIVAL FULL OF MUSIC

A gospel choir of more than 500 singers opened the Festival both days. Jonatan Martín-Arroyo Boragno, the general coordinator of the choir, explained the difficulty of organising such a choir: “Moving more than 500 people is really hard, there are many churches, from many different denominations: Pentecostal, Charismatic, Baptist, Methodist, but we have focused on one mutual goal: creating a united choir for this special event.”

There were many artists and groups on the stage during the Festival: Sal 150, The Afters, Dennis Agajanian, John & Anne Barbour, Sisquetó, Kike Pavón, and the Catalan Choir of Philadelphia (Gypsy churches). The concerts were led by Marcos Vidal on Friday and Michael W. Smith on Saturday. 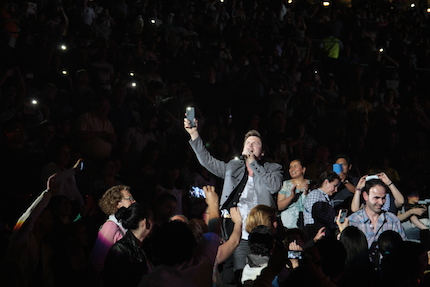 The audience did not hesitate to participate, joining the artists in their songs. Some of them, like Joshua Havens from The Afters, went to the grandstand, to sing closer to the people, who turned on the lights of their mobile phones, creating a beautiful scene in the pavilion.

HUNDREDS GIVING THEIR LIVES TO JESUS

After the musical part, and some videos showing the testimonies of people who have been transformed by God’s love, it was the time for the evangelistic message, preached by Billy Graham, president and CEO of the Billy Graham Evangelistic Association, founded by his father.

It was a short and clear message, which led more than 1,700 (according to the organisers) to make a decision for Christ. 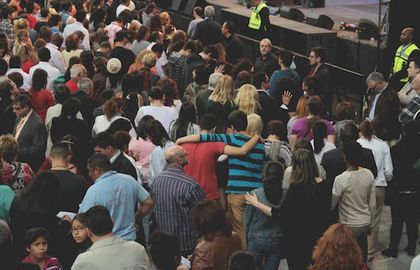 The goal of the Festival, as it said in its web page, was “to mobilise evangelical believers to gather as many people as possible, so that they could hear that God is the way, the life and the truth.” After the prayer, a numerous group of counsellors talked to the people, to know their personal data, so that they will be able to start discipleship with them after the festival.

All this was possible, because of the previous work of many evangelical churches in the different initiatives which took place before the festival: Operation Andrés, which consisted in praying for friends and family members and be prepared to invite them to go to the event; or the Counselling, which implied being a volunteer to counsel those who would decide to take a decision for Christ.

And the main one: to spend time to actually pray for the event, each Friday in the weeks leading to the festival. All this helped to fulfill the goal of the festival: it was not just an evangelistic event, but also “a process of prayer and training” for the local church.

There were also 2 private acts of recognition on Friday and Saturday morning. The first day, the executive committee of the Festival and a group of evangelical leaders from Barcelona, met with several local politicians, such as the representative of the government in Catalonia, Ignasi Garcia Clavel, the General Director of Religious Affairs of Catalonia, Enric Vendrell i Aubach, and the president of the Catalan Popular Party (Conservatives), Alicia Sánchez Camacho. 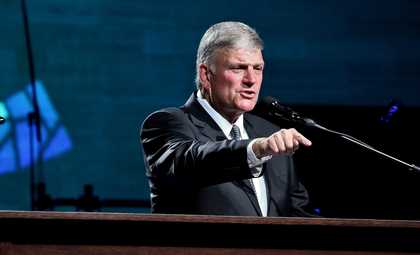 The entities that organized the festival were also present in the event: Benjamí Planes, in representation of the Evangelical Council of Catalonia, Mariano Blazquez from the Spanish Federation of Religious Entities (FEREDE in Spanish), and Jaume Llenas of the Spanish Evangelical Alliance. The representative of the Billy Graham Association was Viktor Hamm, as the director of all the Festivals of Hope worldwide, and Hans Mannegren, the director of the Barcelona Festival of Hope.

On Saturday morning, the executive committee of the Festival, the office team, and a group of evangelical leaders from Barcelona, surprised Billy Graham with a huge cake representing the Festival, made by little cupcakes and little figures which represented the main organizers of the event, to thank him for his visit to Barcelona to make the festival possible. 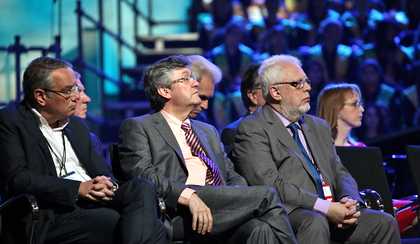 On the other hand, the Greek and the Portuguese delegations attending the festival (represented by Antonio Calaim and Fotis Romero), asked Franklin Graham about the possibility to make this festival in their countries.

The Festival has finished, but the gospel continues to change lives. Now, the local church must work, helping those who accepted Jesus’ forgiveness to keep building a personal relationship with God. To find a new home, a new family, a new hope.

Published in: Evangelical Focus - cities - More than 1,700 people filled their hearts with hope in Barcelona