Over 32 million Bibles distributed worldwide in 2021

The United Bible Societies reported that there has been an increase of 5.5%.although distribution challenges “are still high”, due to the pandemic. 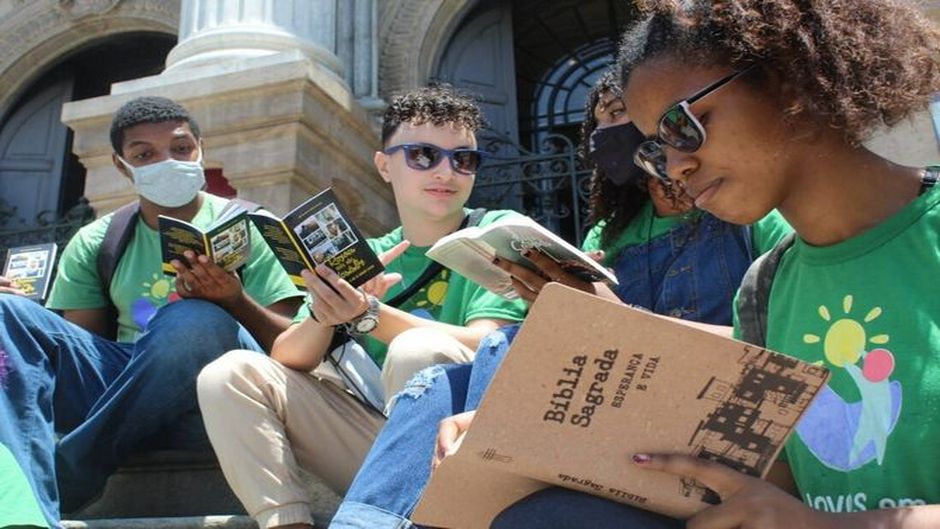 The distribution of Bibles slightly increased worldwide in 2021, the United Bible Societies (UBS) recently reported in a press release.

Meanwhile, the distribution of 5.1 million Bible editions containing only the New Testament was down from 2020 (5.7 million).

There was also a decline in interest in biblical selection writings, with 132 million copies in 2021, compared to the 155 million such writings that were distributed in 2020.

Furthermore, around 20% of all full Bibles distributed were downloaded from the internet, so that the share of digital Bibles is lower than in the first "Corona year" 2020, but is 15% higher than in 2019.

According to the report, the distribution of digital editions “is playing an increasingly important role, especially in crisis regions”.

They put the examples of the Bible Society in Mozambique, which “was able to provide a digital Bible edition to a total of 51,000 people”, despite the country was shaken by natural disasters and terrorist attacks in 2021.

Horst Scheurenbrand, Head of World Bible Aid at the German Bible Society, pointed out that “apart from Europe, more full Bibles were distributed on every continent than in the previous year. This is a good sign after the significant decline the year before”.

However, the challenges for many Bible societies because “are still high”, due to the pandemic, he explained.

“In particular, Bible societies that reach people through events and conduct distribution campaigns continue to be limited", added Scheurenbrand.

The Scripture Distribution Report of the UBS only takes into account the figures of publishers and organisations that belong to the world association. It is published every year.