A short film shows the work of Pastor Gennaro Chiocca among victims of trafficking in Italy, the European country with the highest rate of prostitution.

A group of Nigerian girls are in an industrial area around Milan in a cold winter night.

One of them is crying, a little apart from the rest. She cannot come to terms with the idea that her dream of a better life in Europe has turned into a nightmare.

Then, a camper stops near them and a woman gets off with a thermos of hot coffee and some glasses.

This is the first scene of “Joyce, davvero libera” (Joyce, really free), a shocking 46-minute testimonial short film about human trafficking in Italy.

80% of the Nigerian women and girls who arrive to Italy throught the Mediterranean are victims of trafficking and sexual exploitation, and their ages are getting lower.

This was denounced several months ago by the International Organization for Migration (IOM), and Pastor Gennaro Chiocca recalled it during the screening of the film in Marostica, in the Italian province of Vicenza.

Mafias, voodoo, abuse, exploitation, are part of the story that Joyce tells. “The film is based on real events and tells the story of the beginning of the rescue program for victims of sexual exploitation”, the pastor explained.

ITALY, FIRST IN THE RANKING

Chiocca is pastor of a church in San Giuliano Milanese since 2002, from which other communities and ministries have been born.

He is also founder and president of the NGO Beth-Shalom, which created the program “72 hours for Christ”, that aims to evangelise victims of sexual slavery. 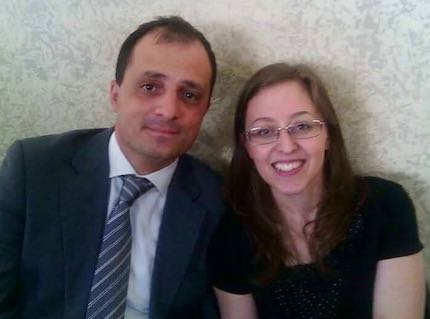 Italy ranks first among the nations of Europe with highest prostitution rates.

"Most of the women come from Nigeria, but there are also victims of trafficking from Russia, Ukraine, Macedonia, Bulgaria, Romania, Morocco, Egypt and various countries in Latin America”, Chiocca explained.

“These people are forced to live a life of terror. We are talking about women from 13 to 40 years old who have known the darker side of reality. They are forced to have sex 10 to 20 times a day and to go through an indefinite number of abortions, sometimes 10 or 15. Imagine how these lives are destroyed. Most people do not even know that this reality exists”, the Neapolitan pastor pointed out.

In three years of ministry, about 130 women have left the streets, “most have opened their hearts to the Lord and some work with us. God does great things among them”, he said with joy.

THE REAL JOYCE, PART OF THE MINISTRY

The program has grown and there are already several rescue groups in different parts of Italy. Some of the 187 volunteers are professionals who have left their jobs to devote themselves entirely to the ministry.

The production of the film in 2017 has opened new opportunities to share the vision. 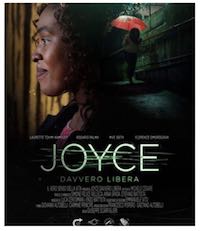 The real Joyce, whose story is told in the film, accompanies Chiocca and other team members to make training sessions about evangelistic street outings. In May they will return to Marostica to train members of various churches and in September they will travel to Argentina, invited by a church in Buenos Aires.

“It's not only about reversing a social situation, it's about bringing the power of the gospel. Until a few years ago, there was no ministry to deal with these people. There were health programs of several lay associations, but there was no one to tell them about Jesus. God has made us understand that it is time to make His power known. We must make the decision of making an impact in this society. Jesus has truly risen and as He has risen, He is alive. And since He is alive, He can change lives, as the film shows”, the pastor said.

He himself is testimony of surviving despite misery: “I come from a very poor family, with an alcoholic father and a depressed mother. The gospel completely transformed our lives”.

In 2016 the publishing company Eternity published the impressive autobiography of Gennaro Chiocca. All the proceeds from the sales of the book go to the ministry.

The program “72 hours for Christ” has a shelter where girls receive the necessary health care (many of them have tuberculosis), psychological and spiritual support. They also go to school. 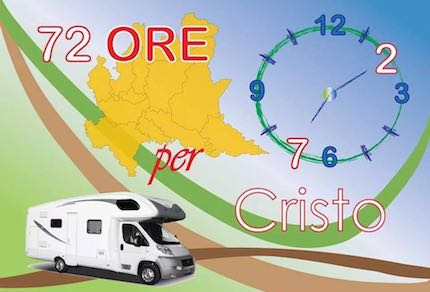 To evangelise these girls and take them out of the street means to mess with international criminal organizations, but Chiocca is not scared: “I know that anything can happen to me, but God's call surpasses everything. Actually, in these three years nothing has happened to scare us. There have been problems, but we have always seen the power of God acting to free us”.

When a team goes out on the street while another is praying, they give notice to the local, provincial and regional authorities. But they do not ask the police to be with them. “If they see the police, the girls flee. We comply with the requirement of giving the list of volunteers who will be in the streets, but we go alone”.