The Philatelic Commission honours the Protestant Reformation. 450 years later, the Reina-Valera Bible is one of the most printed books in the Spanish-speaking world. 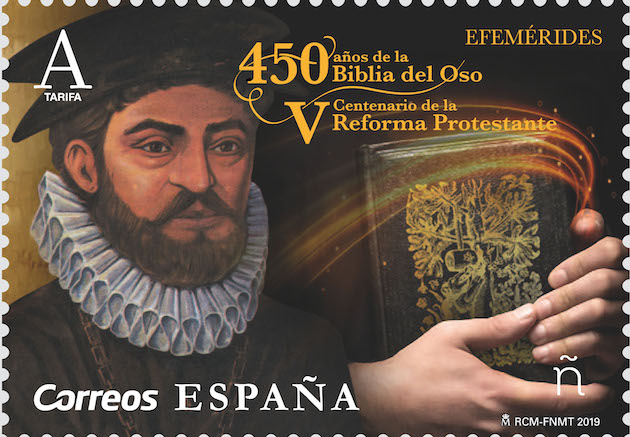 “After a long journey, we see the end”, says José Luis Carnicero.

He has been one of the backers of an initiative that has united many evangelical Christians in Spain in asking a commemorative stamp of the 500th anniversary of the Protestant Reformation.

“We thank God”, the philatelic expert tells Spanish news website Protestante Digital, this was the hoped outcome: the stamp has been issued on January 14 and will be officially presented in the place where the evangelical initiative started several years ago, the Galician city of Ourense.

It will be an emotional moment, because stamps about the Reformation where issued in many countries back in 2017 – including the Vatican – but not in Spain.

Casiodoro de Reina will be featured on the stamp. He is one of the main figures of the Protestant Reformation in Spain: he fled the Inquisition and assumed the huge task of translating the Bible into Spanish while travelling around Europe. 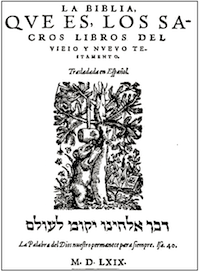 Reina’s Bible, the first complete translation in this language published in 1569, was later known as the “Bear Bible”, in reference to the image of a bear looking for money printed on its cover.

The most popular Bible in the Spanish-speaking world now is the “Reina-Valera” version, based on Casiodoro de Reina’s first translation. It is one of the most-read and printed books in history.

Therefore, the tribute to both the Reformation and the Bible of the Reformation, had become an issue that was even discussed in the Senate before it finally was approved by Spain’s Philatelic Commission.

A STAMP OF GREAT VALUE

“The design portrays Casiodoro and the ‘Bear Bible’, on a dark background, symbolising what was the obscurantism of the age. A ray of light appears, as well as hands taking the Bible, reflecting how the Bible was prohibited and taken from the Spaniards for centuries”, José Luis Carnicero explains.

It is an “A class” level, meaning that it will have a good circulation. “It will valuable for several years” and will be very visible throughout 2019.

The issue of the stamp is an opportunity for evangelicals to have a presence in society, believes Fernández Carnicero. This is why the Evangelical Church Bonhome (Ourense) has organised several activities in the Liceo cultural centre and in the city centre to surround the presentation of the stamp.

The book “The Protestant Reformation and the Bear Bible” was presented on January 10. It collects articles by several Spanish authors. Two days later, the choir of the Marín Evangelical Church (from neighbouring city Pontevedra) sang the Cantata “Celebrate the gift of Christmas”. 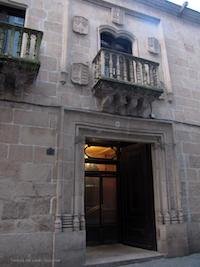 The institutional presentation of the stamp will take place on January 14. It will begin with the interpretation of the hymn “Mighty Fortress is Our God”, written by Martin Luther.

Evangelical theologian and journalist José de Segovia will speak on the topic “The influence of the Reformation in today’s society”.

Local and regional political authorities will attend the event, as well as the Spanish Bible Society, the Spanish Evangelical Alliance and the Protestant Federation Ferede.

The issue of the stamp will put an end to a long strive but it also opens a year in which Casiodoro de Reina will be remembered in all of the Spanish-speaking world.

His translation of the Bible was first published 450 years ago. “We don’t want this activities just to be a day of commemoration. Personally, I believe we are called to disseminate the Bible. This is what we want, that people understand that this is a wonderful book but hopefully they will also realise that it is the Word of God”.