Remains of a first temple period palace discovered in Jerusalem

“The palace was built during the reign of King Hezekiah [...] The level of workmanship is the best seen to date, and the degree of preservation is rare”, archaeologists say. 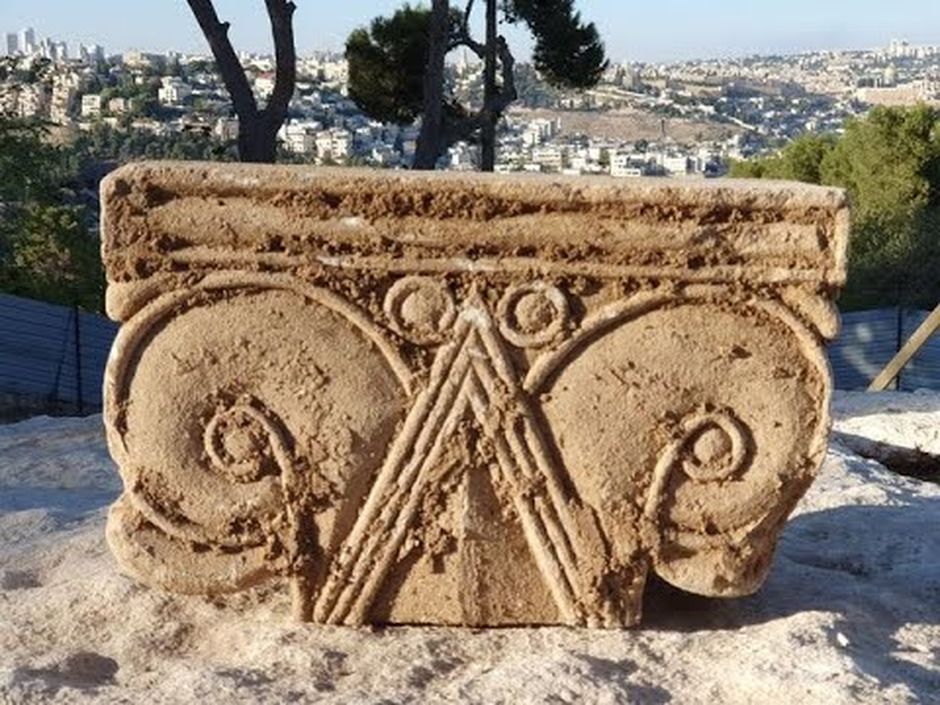 The capitals found are are the most beautiful and impressive that have been uncovered to date. / Israel Antiquities Authority

Israeli archaeologists have discovered “evidence of a magnificent” palace from the time of the Kings of Judah in Jerusalem.

“These stone artifacts are made of soft limestone, with decorative carvings, and among them are capitals of various sizes in the architectural style known as 'Proto-Aeolian', one of the most significant royal building features of the First Temple period”, the Israel Antiquities Authority (IAA) said in a statement.

According to Yaakov Billig, who oversaw the IAA excavation, “this is a first-time discovery of scaled-down models of the giant Proto-Aeolian capitals, of the kind found thus far in the Kingdoms of Judah and Israel, where they were incorporated above the royal palace gates”.

“The level of workmanship on these capitals is the best seen to date, and the degree of preservation of the items is rare”, Billig added.

A palace from the First Temple period

Furthermore, “it is estimated that the palace was built in the period between the days of King Hezekiah and King Josiah, and indicates the restoration of Jerusalem after the Assyrian siege of the city in 701 BC, during the reign of King Hezekiah, a siege which the city barely survived”. 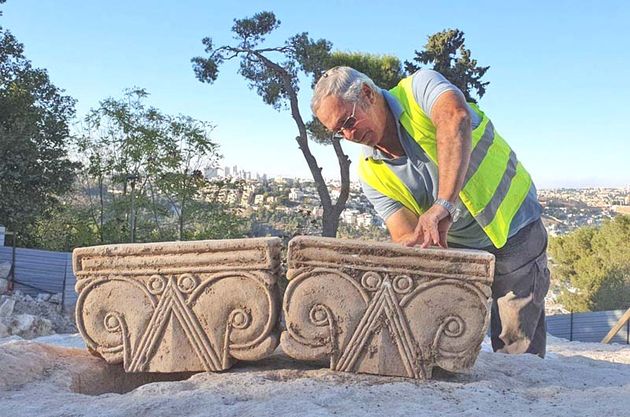 “Along with a palace previously uncovered in Ramat Rachel and an administrative center found on the slopes of Arnona, attests to a new revival in the city and a somewhat 'exit from the walls' of the First Temple period, after the Assyrian siege”, archaeologists pointed out .

Billig explained that they “reveal villas, mansions and government buildings in the area outside the walls of the city. This testifies to the relief felt by the city's residents and the recovery of Jerusalem's development after the Assyrian threat was over”.

“The most beautiful and impressive that have been uncovered to date”

Among the remains unearthed were “three complete, medium-sized stone capitals, identified with royal construction of the First Temple period, as well as items from lavish window frames, which are the most beautiful and impressive that have been uncovered to date”, the IAA stressed.

According to the archaeologists, “it was a great surprise that two of the three capitals were found neatly buried, one on top of the other and in excellent condition. The rest of the building was destroyed, probably in the Babylonian destruction of Jerusalem in around 586 BC”.

“At this point it is still difficult to say who hid the capitals in the way they were discovered, and why he did so, but there is no doubt that this is one of the mysteries at this unique site, to which we will try to offer a solution”, Billig said. 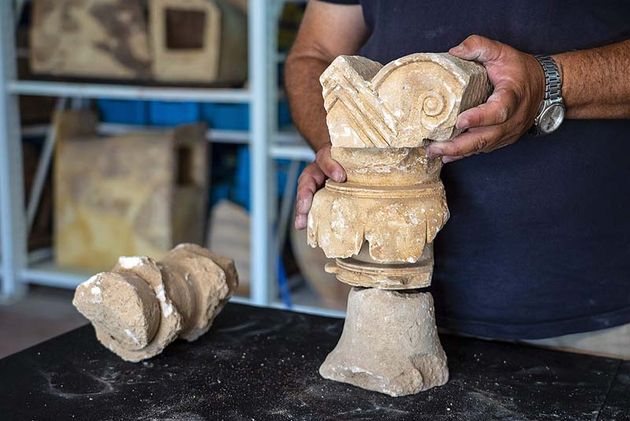 One of the baluster columns of an ancient window. / IAA.

The carvings adorning the capitals were a known visual symbol of the period of the Kingdoms of Judah and Israel, and appear as one of the motifs on the five shekel coin of the modern State of Israel.

The remains of a royal structure were found n an archaeological excavation on the Armon Hanatziv (Commissioner's Palace) Promenade, so that the IAA believed that “whoever lived in that monumental structure would have had a breathtaking view of the City of David and the Temple”.

“Was it one of the Kings of Judah, or was it perhaps a Jerusalemite family of nobility and wealth during the First Temple period?”, the IAA wondered in the statement.

The findings were unveiled to the public at a festive event in the City of David in the Jerusalem Walls National Park, attended by several authorities.

They will be on display in an exhibition at the City of David over the next few days, and an account of their significance will be given online at the Megalim Conference, to be held this coming Tuesday on the City of David website.