Christian political slogans are not enough

Christians should be known for their ability to analyse cultural narratives, especially those that appeal to Christian values. 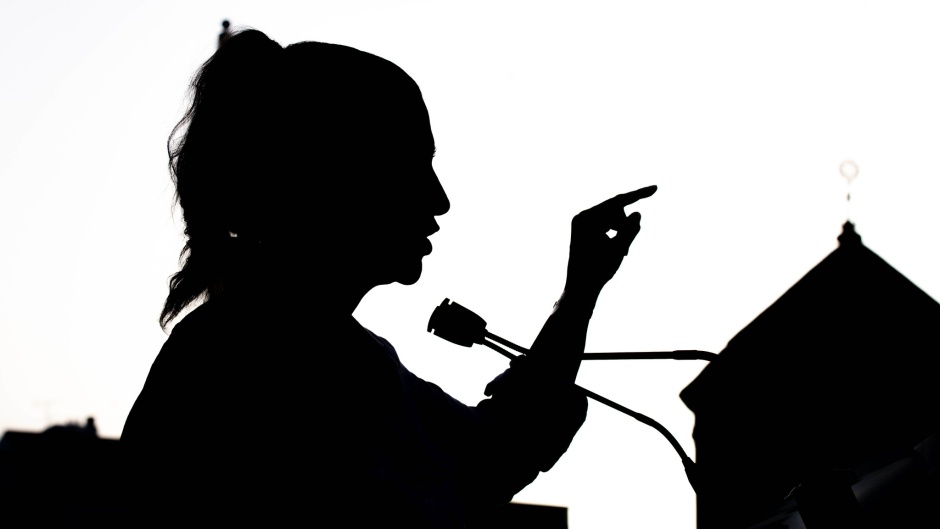 Image of a political rally of Vox, a party which often alludes to the Christian heritage in Spain, June 2022. / Photo: Vox España Flicker, CC0.

Giorgia Meloni, the leader of the rising Italian far-right movement Fratelli d’Italia (Brothers of Italy) recently attended a rally of its “sister party” in Spain, Vox.

Meloni's speech in Marbella was widely shared on social media. Not only her tone caught the attention of many analysts, but also the words she proclaimed to a crowd who rose to give her a standing ovation.

“There are no middle grounds. You either say “yes” or you say “no”.

Yes to the natural family. No to the LGBT lobbies.

Yes to sexual identity. No to gender ideology.

Yes to the culture of life. No to the abysm of death.

Yes to the universality of the Cross. No to the Islamist violence.

Yes to secured borders. No to massive immigration.

Yes to the work of our citizens. No to the big international finances.

Yes to the sovereignty of the peoples. No to the bureaucrats from Brussels.

Yes to our civilisation. No to those who want to destroy it.

We have to be careful

Many Christians, including evangelicals, might see elements in such a discourse with which they agree.

There is talk about the importance of protecting life. There is a reaction against those who promote transgender agendas. There is lament at how Europe leaves behind Christian values that helped shape our progress and coexistence. And here is a politician that even dares to mention the Cross of Christ!

But we have to be careful. A certain 'God talk' should not be enough to validate political discourses. Christians should be known for their ability to analyse cultural narratives.

Does affirming certain values of our Christian heritage make a political party Christian? Are there aspects of the gospel of Jesus Christ that are being neglected or even contradicted by these Christian narratives? Is it Christ-like to defend a national and civilisational identity against ‘the other’? Would have Jesus engaged in so-called culture war? Are there in the narratives that make us feel good idols being elevated above God? And what about the tone used to communicate such values?

At Evangelical Focus we have worked hard to find good Christians voices who can speak about politics and other public affairs with insight and passion. We certainly believe that all Christians should be engaged in the 'issues and decision-making of the city' (this is the description of the Greek politiké). But this involves knowing our Bible well, being able to critique the political narratives (beginning with those that attract us most), and cautious with promises of a ‘return to Christendom’.

Christians in every sphere, Jesus as only saviour

Should Christians be present in all spheres of society? Of course.

Are there Christians called to serve in government? Yes, and thank God for them.

Are there political movements aiming to develop policies based on biblical principles? Yes, and some are inspiring.

But let’s be clear. God’s kingdom is not built on foundations that are not Jesus Christ. As traditional Christian political movements in Europe seem to fade (read Johannes Reimer’s interesting reflection: Does Europe need Christian parties?), we should be slow to buy into new discourses about recovering a certain cultural Christendom at any cost.

Only God will save Europe. And His means are often not ours.