Evangelical churches increasingly worried about unfair attacks of the government. “They should not throw suspicion on faith groups and believers”. 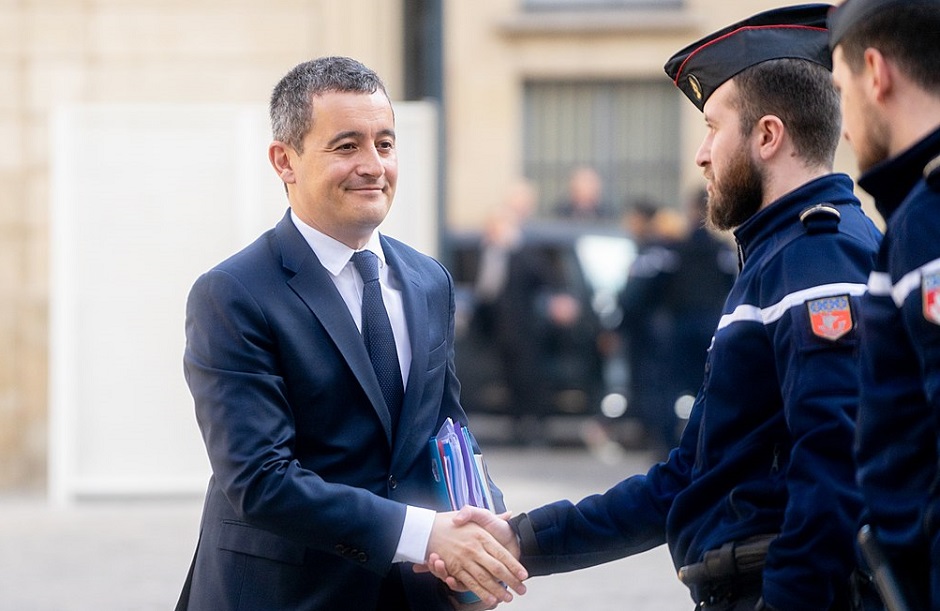 The Ministerior of the Interior of France, Gérald Darmanin. / Jacques Paquier, Wikipedia, CC

Evangelical Christians in France are expressing unease as they see how the national government inflames the rhetoric against their churches.

The last episode has to do with the words of the French Minister of the Interior, Gérald Darmanin. In an interview with tv broadcaster C News, he said: “Evangelicals are a very important problem”, only to add, “obviously not [a problem] of the same nature than the Islamism that makes terrorist attacks and deaths”.

One day before, speaking about the controversial anti-separatism law that is expected to be passed soon, he told radio broadcaster France Inter: “We cannot discuss with people who refuse to write on paper that the law of the Republic is superior to the law of God”.

Both statements of the head of national security in France have caused consternation among evangelical leaders. “We are eagerly waiting to know what these ‘very important problems’ are”, wrote Tim Kyle, a board member of Youth For Christ in France.

Romain Choisnet, communications director of the National Council of Evangelicals in France (CNEF) also reacted by underlining that “evangelicals are respectful with the law and the Republican authorities”. But evangelical churches “cannot be used as an argument to defend the liberticide bill”, he protested in reference to proposed law to stop radical Islamism.

The CNEF has often denounced that evangelical Christianity is unfairly blamed for socio-political conflicts that have nothing to do with the beliefs and actions of evangelical churches. “France will win nothing in its fight against Islamic separatism by equating Christianity and Islamism. The first has shaped this nation that the Republic has inherited, the second wants to replace it”, the spokesman of the CNEF said.

UPDATE: The Interior Ministry apologised for the Minister's words about evangelicals a few days later.

No longer a time for “calmed laicité”?

Just after becoming President of France in 2017, Emmanuel Macron said that “religious expression must not be repressed in the private sphere”, presenting a view of secularism that evangelicals then described as a positive and “calmed laicité”.

In fact, surveys showed that Macron and his newly created En Marche! party had been the most voted among Protestant Christians.

But already then, the Director of Pastoral Services to Members of Parliament of the CENF, Thierry Le Gall, warned that the ongoing fight against radical Islamism should not “tempt” the government to restrict religious freedom in France.

A new scenario after the Islamist attacks in 2020

After the terrorist attack in October against a secondary school teacher for showing cartoons of Muhammad, France has doubled its efforts to stop radical Islamism. The star measure of the anti-separatism law (officially, “Law reinforcing the respect for the principles of the Republic”) has been closely analysed by several faith groups.

In January, the French Evangelical Alliance expressed again its growing concern that such a law will be used to restrict the presence of all religious groups in the public sphere, no matter if their ideas represent a threat to coexistence or not.

The proposed law could set “new constraints” to “freedom of worship and the principle of free association to worship”, the CNEF says. They ask the government to look for the “most constructive solutions possible in the common interest, without throwing any particular suspicion on faith groups and believers”.

Among the demands of the evangelical body is that the law “targets more precisely the worrisome situations related to funds coming from abroad” without putting “obstacles” to the “survival of small and medium” churches.

Gérald Darmanin is not the only Minister of the French government that has publicly attacked evangelicals without evidence in the last weeks.

On 10 January, the Minister of Citizenship, Marlène Schiappa, claimed on tv channel France 3 that “there are more and more families who are influenced by evangelical trends from the United States, which ask, as in the United States, for virginity certificates”.

Evangelicals strongly denied this accusation and called Minister Schiappa to apologise for her words.

1
Päivi Räsänen faces hate speech trial with “a calm mind and trust in God”
2
The terror of the Khmer Rouge
3
Artificial Intelligence ‘AI’ and additional needs
4
Päivi Räsänen on trial: Theologians disagree over her biblical views
5
A committed Christian, first woman to become President of Hungary