‘Marriage for all’ referendum is about the rights of children, say Swiss Christians

The Swiss Evangelical Alliance opposes sperm donation for lesbian couples: “Children have a right to a father and a mother”. Surveys say a majority would vote ‘yes’ on 26 September. 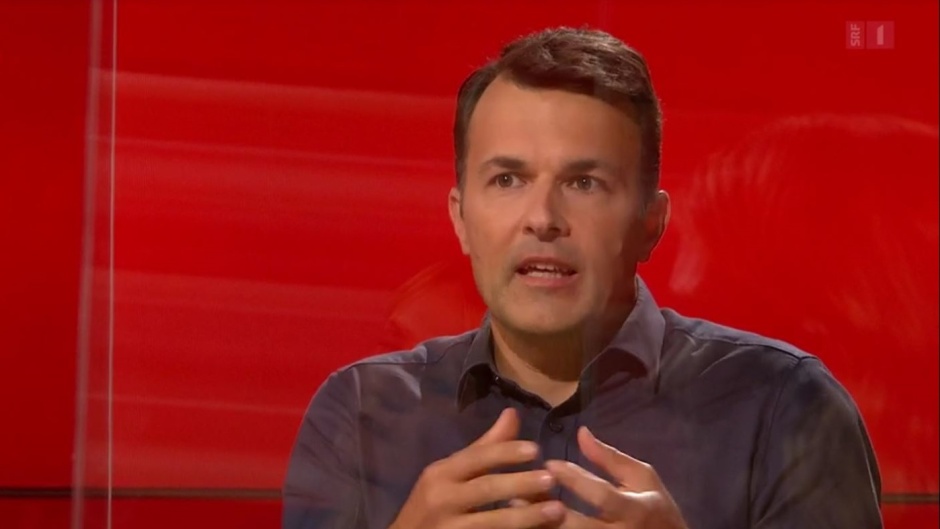 Marc Jost of the Swiss Evangelical Alliance speaks at a debate about the Marriage for All referendum in the Swiss television. / SFTV

Switzerland holds several referendums every year in which the population of the Central European country is given a right to decide on all kind of issues.

Nonetheless, the “Ehe für alle” (“Marriage for all”) vote has been one of the legal initiatives that has led to a larger social conversation in the last years.

Civil partnerships between same-sex partners are already legal in the country, but a majority of the national parliament is now asking the population to make heterosexual and homosexual marriages equal and legalise sperm donation for lesbian couples and an extended adoption right for couples formed by gay men.

Surveys in the country expect a majority to vote ‘yes’ on 26 September, but the campaign to stop the law includes a wide-ranging group of politicians – from the largest party SVP (right) to  the smaller CVP (Christian Democrats), the EVP and the EDU (both Evangelical parties).

Politicians from different parties join in the 'no' campaign, saying children are not products on demand. / Nein Ene für Alle website.

“Children on demand”, reads the advertising handouts of the ‘no’ campaign. “The Marriage for All has been tied to sperm donation for lesbian couples, and with this it crosses the red line: it leads to children without fathers and sets the basis for a supposed right to have children”, they say.

Those who ask for a “no” also argue that medically assisted procreation was only possible in Switzerland so far in the case of infertility or when there was a risk of transmitting an incurable disease to the baby. This would no longer be the case for homosexual partners. Changing the definition of marriage should only be possible through a change of the Swiss Constitution, they add.

Legalising families in the limbo

The political parties and social groups which argue for the ‘yes’ vote say there is a need to legalise the increasing number of same-sex couples who have sought assisted procreation outside of Switzerland.

They also argue that the concept of marriage should include a diversity of families. Others have expressed that those who oppose the proposed law “are people who would prefer that rainbow families would not exist altogether”.

If the referendum is approved, children in lesbian couples would only have the right to learn about their biological father when they turn 18.

Christian views in the media

Appearing in a debate on the national television SF1, the German-speaking Secretary General of the Swiss Evangelical Alliance, Marc Jost, said the law had to be evaluated from the perspective of children and their need to have, whenever it is possible, the two sexes represented in their parents.

In a conversation which also included parlamentarians, a Catholic bishop, a lesbian mother of two, and a theologically liberal Protestant pastor, Jost rejected the argument that his position was only valid for people who adhere to a Biblical position, adding that from a pedagogic and social perspective, children flourish much more in stable heterosexual homes.

The SEA has strongly engaged this debate and even launched its own campaign. For this organisation including free evangelical groups and conservative Protestant mainstream churches, there is no doubt that “discrimination, hate or even violence against homosexuals collide with the Christian faith and the command to love and respect the worth and dignity of every person”.

But the issue is not one of respecting the will of LGBT adults, they argue, because same-sex partnerships have already gained rights in Switzerland. The “Marriage for All” initiative is now mainly an issue of sperm donation and adoption, which “puts the spotlight on the perspective of children”.

The campaign of the Swiss Evangelical Alliance against Marriage For All focuses on the rights of children. / SEA

“There is no such a thing as a right to have a child, it is the children who have the right that we adults create the best environment for them”, says the evangelical body, adding that “men are the best fathers and women are the best mothers – this is an ideal we should not abandon frivolously”.

Not having a father or a mother “has an impact on the children in their quest for identity”, says the SEA in a document, and this is why “we should not build the base for a fatherless society”.

No need for a new definition of marriage

A “new definition for marriage” which no longer differentiates between heterosexual and homosexual partnerships only shows a lack of understanding of major differences in areas such as the “reproduction of humanity” and its effects in the “economic and social care of our parents and grandparents”.

The evangelical body also quotes the UN Convention on the Rights of the Child, which in its article 7.1 says that a child has the right to know and be cared for by his or her parents.

Published in: Evangelical Focus - europe - ‘Marriage for all’ referendum is about the rights of children, say Swiss Christians