Over 2,500 people march for life in Vienna

The peaceful demonstration was often disrupted by aggressive counter-protests. Christians also denounced that “the distorted portrayal of the event by some media was sobering”. 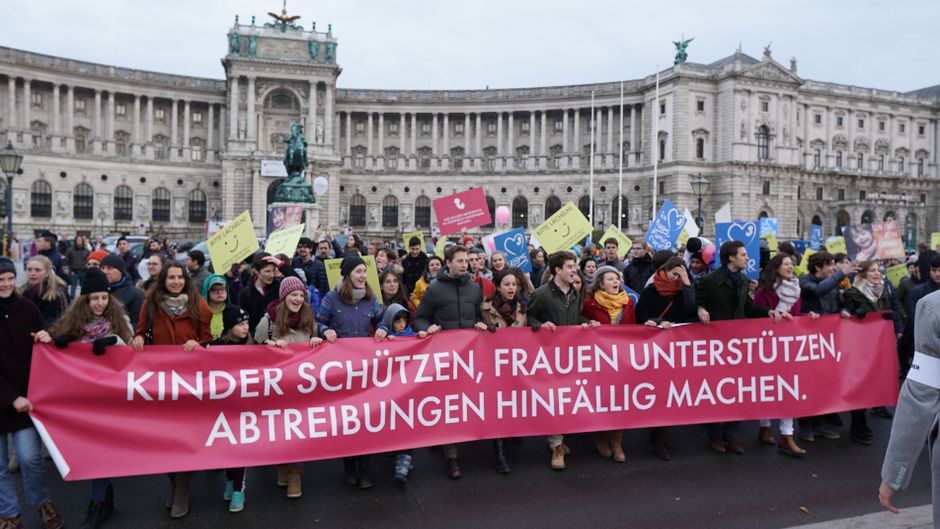 Over 2,500 people recently took the streets of Vienna during the “March for Life” demonstration for the protection of unborn children and against the threatened legalisation of euthanasia in Austria.

Before the actual march began, several church services took place, which many of the marchers attended. Among the demonstrators there were many young people and families with children.

Although the march was peaceful and without incidents, it was disrupted by counter-demonstrators who had encouraged gangs to gather and stand in the way of the marchers.

“The strong reaction of the Austrian Students' Union, which is partly financed by public funds, calling for the 'March for Life to be given hell' was astonishing. The distorted portrayal of the event by the media was also sobering”, denounced Sofia Hörder, communications officer of the human rights Christian organisation ADF International to Swiss news website Livenet.

Due to the blockades, the route of the march was changed at short notice and security was guaranteed by the police.

However, “the mood and atmosphere remained good and the participants thanked the police with an applause at the end”, according to the organisers' report.

“Politicians must stand up for the protection of the basic laws as well as for those in need of protection. And the media should also fulfil their mandate to inform fairly. Preventing people from peacefully expressing their beliefs through prayer-ban miles, disruptive attacks and false reporting makes us all poorer”, pointed out Hörder.

Published in: Evangelical Focus - europe - Over 2,500 people march for life in Vienna