The President of Westphalia Church is the second woman to chair the EKD in its history. The 14 members of the EKD Council for the next 6 years were also elected. 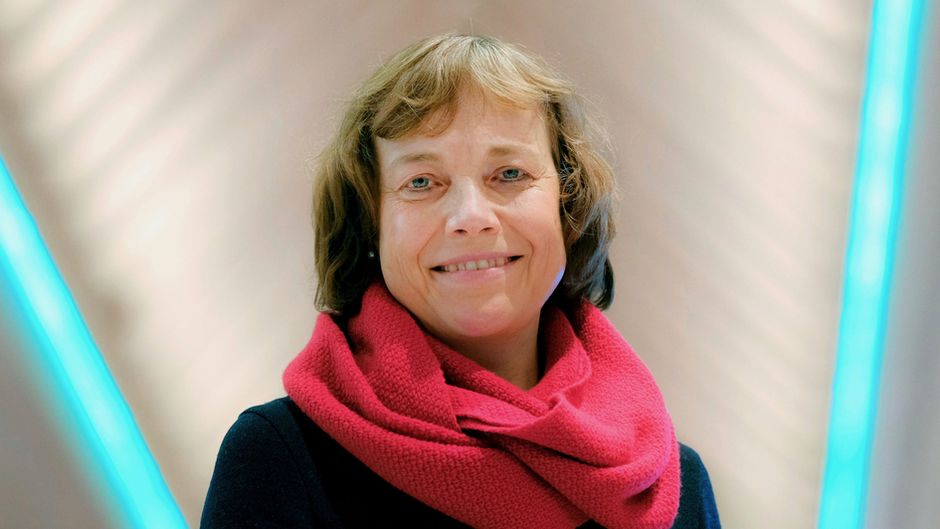 The Synod of the Evangelical Church in Germany (EKD, the mainline Protestant church) has elected Annette Kurschus, President of Westphalia Church as the new Chairperson of its Council for the next six years.

The 58-year-old leader was deputy chair of the Council since 2015 and is the second woman to head the EKD in its history after Margot Käßmann. She succeeds Heinrich Bedford-Strohm, who had held the position since 2014.

At the EKD Synod in digital session on 10 November, she received 126 votes in favour, 4 against and 10 abstentions in the first ballot; there were no opposing candidates.

The Synod also elected Hamburg Bishop Kirsten Fehrs as her deputy. She received 116 votes in favour, 11 against and 12 abstentions in the first ballot; there were no opposing candidates in this election either.

After her election, Kurschus thanked the Synod for its confidence and support. She said she was looking forward to working with the EKD Council and that the mission of the church is to keep hope alive.

The new EKD head stressed that “hope has become a rare commodity in a world that is bleeding from its wounds. We have a great and precious mission that no one else has”.

“One of the noblest tasks is to protect life in its diversity. Furthermore, attention need to be focused on the margins, the weak, the injured and the losers. Those affected by sexual violence had called on the Synod to address this issue as a priority, I will do that”, pointed out Kurschus.

She had previously said in her candidacy speech that the EKD was facing “a renewal, the extent and radicality of which we all probably only guess at tentatively” , and she wanted to “help shape this new situation”.

Kurschus grew up as a pastor's daughter in Siegen. After studying in Bonn, Marburg, Münster and Wuppertal, she was pastor and superintendent of the church district of Siegen.

A new EKD Council was also elected at its meeting on 9 November. The Council is one of the governing bodies of the EKD, along with the Synod and the Church Conference.

After nine rounds of voting, the composition of the EKD Council was determined in Bremen. The EKD Synod and the Church Conference (representing the 20 regional churches) filled 14 new seats for the next six years.

Twenty-two people from the church, politics, business and culture were nominated. The candidates had to receive a two-thirds majority of the votes cast. 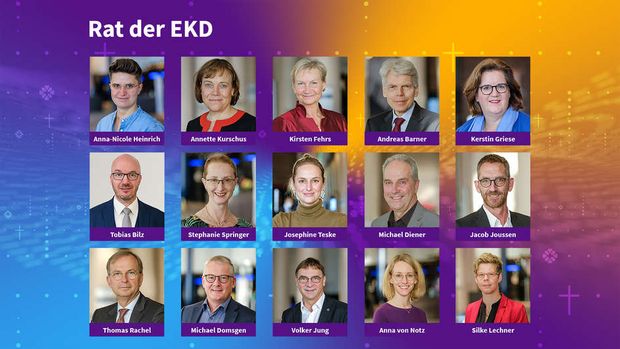 The President of the EKD Synod, Anna-Nicole Heinrich, is a member of the body by virtue of her office.

In the first ballot, only Annette Kurschus achieved the necessary majority. In the next ballot, the Synod members elected Bishop Kirsten Fehrs. Entrepreneur Andreas Barner was able to prevail in the third ballot and SPD politician Kerstin Griese, executive parliamentary state secretary in the Federal Ministry of Labour and Social Affairs, achieved the necessary majority in the fourth round. All of them had also served on the Council in the previous period.

In round five, four more candidates qualified for the Council: Saxon Bishop Tobias Bilz , the President of the Hanover Regional Church Office, Stephanie Springer, pastor and influencer Josephine Teske and Dean Michael Diener, who as President of the Pietist Gnadau Community Association was also a member of the previous Council and is now Dean of Germersheim.

In the sixth and seventh ballots, first law professor Jacob Joussen and then Executive Parliamentary State Secretary in the Federal Ministry of Education and Research, Thomas Rachel (CDU) received the necessary votes to be re-elected.

After a ballot without result, the remaining places went to Michael Domsgen, Professor of Religious Education, Volker Jung, President of the Hesse-Nassau Church, political scientist and former Deputy Head of the department of Religion and Foreign Policy at the Federal Foreign Silke Lechner, and Anna von Notz, Research Associate at the Federal Constitutional Court.