Only 38% of German Lutherans believe that Jesus is their “saviour”

A survey shows 7 in 10 free evangelical churchgoers believe “Jesus is the Son of God.” 1 in 3 citizens in the East of the country think Jesus never existed. 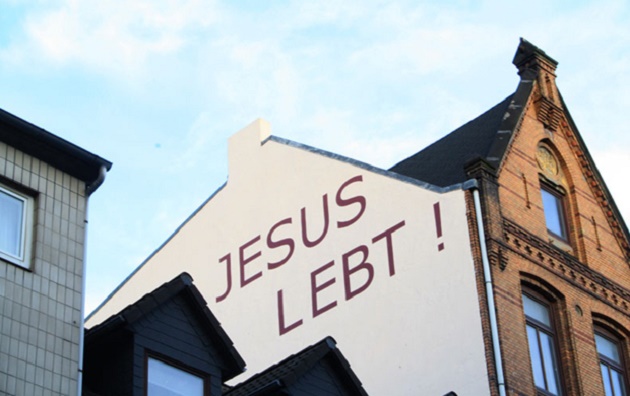 A church building in Germany.

A study by the research institute INSA-Consulere for the German Evangelical news agency Idea showed some surprising results.

The poll asked questions to believers of different religions and to unbelievers.

About 40% of all German citizens believe “Jesus is the Son of God”, the study found.

Members of free evangelical churches responded most favourably to this questions (70% agree).

In the case of Roman Catholics, only 56% responded that they believe in this doctrine, and among Lutheran Protestants (Protestant state church), the figure was 54%. Not far away from those who do not subscribe to any faith (45% responded Jesus was God’s Son).

People who identify themselves as Jews (61%) and Muslims (67%) reject this claim.

ONLY 38% OF LUTHERANS BELIEVE JESUS IS “SAVIOUR”

The main surprise, nevertheless, comes when people are asked: “Is Jesus our saviour”? 60% of free evangelical churchgoers said “yes.”

But among both Lutheran Protestants and Roman Catholics there was the same outcome: only 38% of the respondents said they believe He is their “saviour”.

The study asked the participants about their political preferences. 43% of CDU/CSU (Christian Democrats) voters would identify as Christians, followed by 40% of FDP (Liberals) voters.

WAS JESUS A REAL PERSON?

The study finally shows differences between citizens in the Eastern or the Western part of Germany when it comes to the question of Jesus’ historical existence.

Almost half of German citizens in the West of the country believe Jesus was a historical person: 52%.

Published in: Evangelical Focus - europe - Only 38% of German Lutherans believe that Jesus is their “saviour”