Christians in Ukraine in the face of invasion: “Prayer is our weapon”

Evangelicals in Kyiv call to trust in God and defend the country. Churches are offering shelter to refugees. Christian leaders in Moscow express their oposition to war. “Fear paralyses, prayer, trust in God, caring for your neighbor - gives strength”. 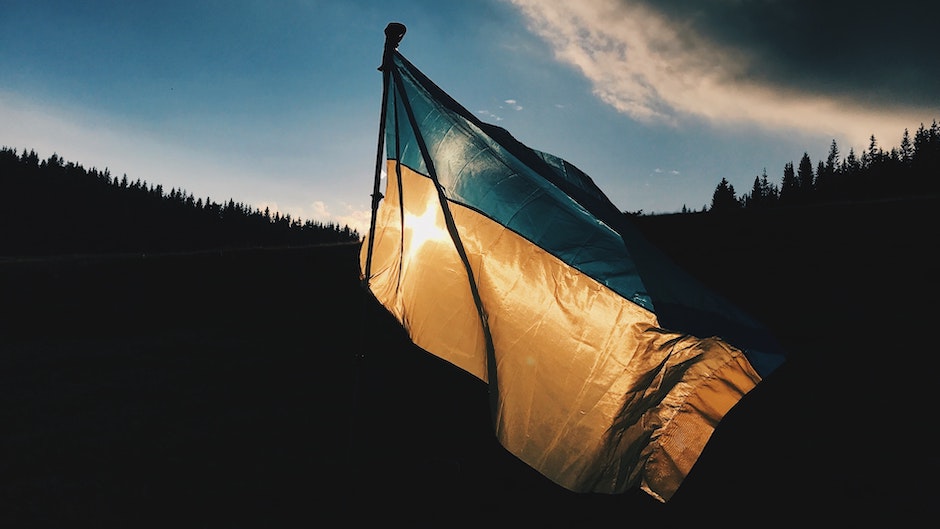 A flag of Ukraine. The country is under attack of Russian troops. / Photo: Max Kukurudziak, Unsplash, CC0.

The Ukraine government confirmed in the morning of 25 February that Russian troops had reached the capital city, Kyiv. Dozens have died, tens of thousands of refugees are leaving their homes.

“I didn’t sleep tonight, because I heard strong blows 3-4 times, and then there was silence. Then I realized that this attack began at strategic facilities”, Tanya Pinchuk told Spanish news website Protestante Digital. She is a Christian journalist living in Kyiv who had to take refuge with her family in a bomb shelter placed in a school during the early hours of the morning.

She pointed out that “Russian army has attacked military bases, important strategic places. Many people weren’t ready and started to panic. They have bought everything in supermarkets and tried to flee Kyiv, but but there is no safe place now, except the west of the Ukraine”.

“We need prayers, in general we are safe here, but it is scary to hear the noise of military planes, not knowing if it is Ukraine or the enemy. It is a very dangerous situation”, added Pinchuk.

The Ukrainian journalist works in a secular radio, but “but with a Christian team”, and they have “changed the programme to encourage people to pray and to reduce panic, giving practical advice on what to do in such situations in different areas”.

The president of the Christian civil movement Vsi razom! and of the association of Christian journalists Novomedia, Ruslan Kukharchuk, describes what is happening as “so terrible that, at moments, it even seems unreal”. “This doesn't happen in reality. It only happens in the plots of movies and history books”, he says.

According to Kukharchuk, “now in Ukraine we are more united than ever”. “Keep praying for us, may God help us”, he concludes.

“People in churches are afraid and concerned”, said pastor Sergei Nakul speaking from his church building in Kyiv. “Please keep calm and continue to bodly and wisely pray to our Lord. Please pray for our people, our families and churches”, he added. Nakul said missionaries, pastors and radio broadcasters sought to continue to share “the Good news of Jesus Christ”, adding that “in these dangerous times, this is what our people really need”.

Evangelical Christians represent around 2% of the Ukrainian population.

Radio broadcasting ministries, very present in Eastern Europe, have suffered, like the New Life Christian Radio in Odessa. “Our attempt to get radio automation equipment to Moldova in order to continue broadcasts have been thwarted as borders are closed”. The media ministry “will broadcast the message of Christ and His Gospel, knowing that both the people of Russia and Ukraine need to know about our Savior, who is in total control of the affairs of the world”, they said. Earlier, staff members witnessed missiles falling near their homes and feared their studios would be raided by Russian troops.

Baptists leaders in Ukraine shared details of the situation in an international videocall on 24 February. Missiles exploded near a orphanage that is being supported by the Baptist Union. Churches were mobilised to support refugees in the most likely evacuation routes.

Pastor Valery Antonyuk, President of the Ukrainian Baptist Union, had said earlier in a video address that Christians should be able to trust God, quoting Psalm 23. He urged people in Ukraine and around the world to remain in prayer, because this is “our weapon in times of war”.

Baptists in Russia also expressed their views. The Rector of the Moscow Theological Seminary of Evangelical Christians-Baptists said on Facebook: “I pray for my relatives in Ukraine, for my brothers and sisters by faith, and for the people of Ukraine. I greet you all dear friends. Peace to your heart. I so wish I could stop the bloodshed”. Earlier, the Secretary General of the Russian Evangelical Alliance had also stated his support for the efforts to stop the conflict.

According to Christianity Today, around 70 people connected to a theological seminary in Gherson (near Crimea) were evacuated to Western regions, as other church buildings in the south of Ukraine were opened as sheltes to refugees. A leader of the Ukrainian Pentecostal Church said pastors would remain in the country, to “talk to people to reduce panic, and help those in need”. 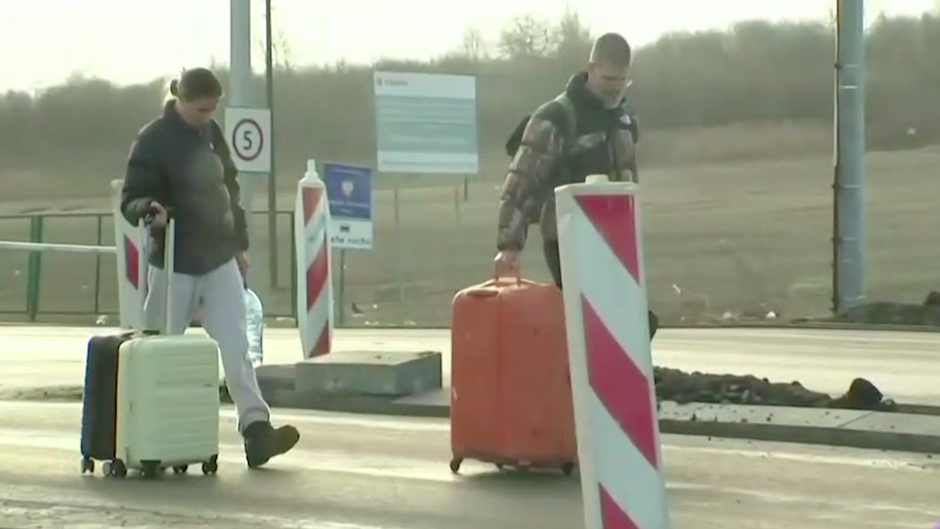 Tens of thousands of Ukranians are leaving their homeplaces after the Russian invasion. / RTVE

All eyes on Kyiv

Meanwhile, in Ukraine’s capital, the Ukrainian Council of Churches and Religious Organizations responded to the full-scale invasion saying they “supported the Armed forces and “offered their prayers for them” as they “appeal to the religious and political leaders of the world to do everything possible to stop the Russian aggressor's offensive in Ukraine”. The inter-faith group, which includes Orthodox, Protestant, Catholic and evangelical churches, urged citizens “to remain calm, not to give in to panic, and to comply with the orders of the Ukrainian state and military authorities. The truth and the international community are on the Ukrainian side. We believe that good will prevail with God's help”.

The Ukraine Evangelical Theological Seminary told their students the “open attack of the Russian Federation on our country” is “a reason not to panic but to remember how many times God in His Word says ‘don’t be afraid’. Fear - paralyses, prayer, trust in God, caring for your neighbor - gives strength. So collect the necessary things to go to the shelter at the right time”.

Days before the invasion, the Ukraine Bible Society told Eternity News it had “pastors who are serving inside Donetsk and Luhansk, so we don’t take information from the news but from conversation with them”. The demand for Bibles grew much in the last weeks, the Bible Society says. “We are talking about what we can do and how we can print more Bibles because people are asking for whatever we have”.

On 24 February, the first day of Russia's invasion, the European Evangelical Alliance condemned the aggression. “We see no justification for these actions and are deeply distressed by the death, destruction, chaos and misery that will result”. The body representing 23 million evangelical Christians in Europe called “upon all Christians to pray for all those with the power to stop the war”.

Read other reactions from 24 February here.

Reports on the morning of 25 February said Russian troops had entered the north of the capital city, Kyiv, only kilometres away from the national parliament building.

The President of Ukraine, Volodymyr Zelensky, said 137 had died in the first day of the invasion. He lamented that the country had been left "alone" by those coutnries that claimed to support them.

The government has forbidden men aged between 18 and 60 to leave the country. Christian civilians have confirmed they were being called to fight as reservists in the Ukrainian military system.

The United Nations has estimated that around 100,000 people have already fled from their homes. Poland, Romania and Moldova are receiving most of these people.

Heads of government of the European Union approved new sanctions targetting both state-owned organisations and private businesses, in an effort to “isolate” the Russian government.

Meanwhile, in Moscow and other Russian cities, over 1,500 people were arrested in protests against the war.

Published in: Evangelical Focus - europe - Christians in Ukraine in the face of invasion: “Prayer is our weapon”