Evangelical missionary among the dead in the Kramatorsk station attack

The missionary had gone to the city to help with the evacuation. He worked for a Christian organisation that is helping Ukrainian orphans. 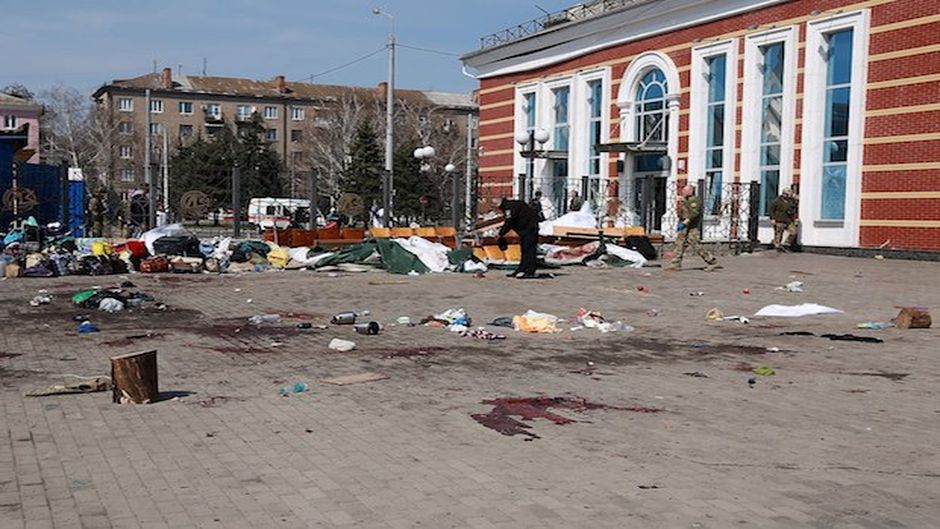 There were 4,000 people at Kramatorsk station when 2 missiles hit the site, kiling at least 52 people. / Army inform, Wikimedia Commons, CCO.

In addition to the tragedy in Bucha, another of the events of the invasion of Ukraine that has caused international outrage is the attack on the Kramatorsk train station when it was full of people waiting to be evacuated.

According to the Ukrainian authorities, 4,000 civilians were on the station premises in the Donbas town when two Tochka-U missiles hit the site, killing at least 52 people.

Although the Russian government has denied involvement, the Ukrainian authorities blame Moscow.

Among the dead was Roman, a Ukrainian evangelical missionary who was in the city after being sent by a Christian organisation to help with the evacuation.

Jaume Torrado, the president and director of the Spanish NGO El Bon Samarità (The Good Samaritan), which collaborates with the organisation that had sent Roman, told Spanish news website Protestante Digital, that “Roman grew up in the church and his whole life was defined by his service to others”. He leaves wife and four children.

“He was helping with the evacuation”

Roman was a member of the Pentecostal denomination Church of God in the country. He had finished seminary studies in Germany and had developed his ministry as a volunteer.

“When the Ukrainian government asked all the inhabitants of Kramatorsk to leave quickly because a humanitarian massacre was expected, Roman went to help evacuate the people at the train station. It was there that the bomb fell and Roman died”, says Torrado. 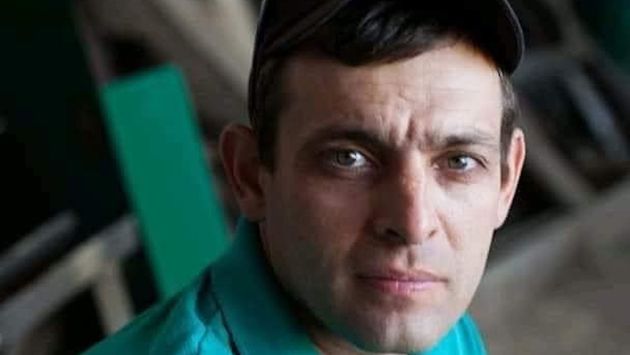 Roman, an Ukrainian evangelical missionary, was one of the victims of the attack on the Kramatorsk station. He leaves wife and four children / Facebook Jaume Torrado Baquedano.

Fighting against poverty and social exclusion

El Bon Samarità is an evangelical organisation that has been working in Catalonia for almost 30 years, developing projects against poverty and social exclusion.

“We also carry out emergency projects and collaborate with development projects outside the country. We work with religious entities that are related to the Church of God, both here and internationally. In Europe, we collaborate with a ministry based in Germany that focuses on Eastern European countries”, explains Torrado.

An orphanage moved from Ukraine to Blanes

Through that ministry, in collaboration with the Serving Orphans Worldwide ministry, “we have created four orphanages in Ukraine”, such as the Pilgrim Republic in Mariúpol, or the Native Home, and “now we have one here in Blanes”, underlines Torrado.

“Fear and the circumstances of the war led us to decide that the children had to leave. It has been very difficult. We tried to cross the border with the children three times and it was impossible. Finally, on the third attempt, we coincided with other orphanages and ours was the only one that got through”.

Torrado points out that “first they went to the premises of our seminary in Freudenstadt (Germany). They stayed there for almost a week until they moved to Blanes, where they arrived on 6 April. They wanted to come to Spain. They had had several contacts but all failed”.

Bon Samarità, which had previously sent a truck with humanitarian aid to Ukraine, has managed the legal requirements for the arrival of the orphanage in the Catalan city of Blanes with the City Council.

“We examined the possibilities and managed to get an apartment building, where they are staying. We also have an agreement with the city's transport services to take them from the apartments to the church facilities in Blanes, where they have their classes and activities”, says Torrado.

There are 31 children in total, aged between 2 and 17, some of them with special needs, along with several teachers and tutors.

“When they finish, they go back to the apartments. Our NGO takes care of everything: their transport, all their expenses and also their legal requirements. We also have to help them with internet and telephone connection. We try to look for activities, both our own and those of other organisations”, underlines Torrado.

According to the president of El Bon Samarità, there are many and varied needs, and “the economy is where we need most help”, although they also need volunteers, especially translators from Russian and Ukrainian into Spanish.

“We have some online volunteers, but we also need some on-site volunteers", he adds.

The pastor of the local church, Jonatan Martín-Arroyo, who studied at the seminary with Roman, explains that the children and staff of the orphanage also use the facilities of the soup kitchen run by the NGO in Blanes.

“The project to host the orphanage is initially planned for three months, anticipating how long the war may last, but it could be extended as long as needed”, concludes Martín-Arroyo.

Published in: Evangelical Focus - europe - Evangelical missionary among the dead in the Kramatorsk station attack